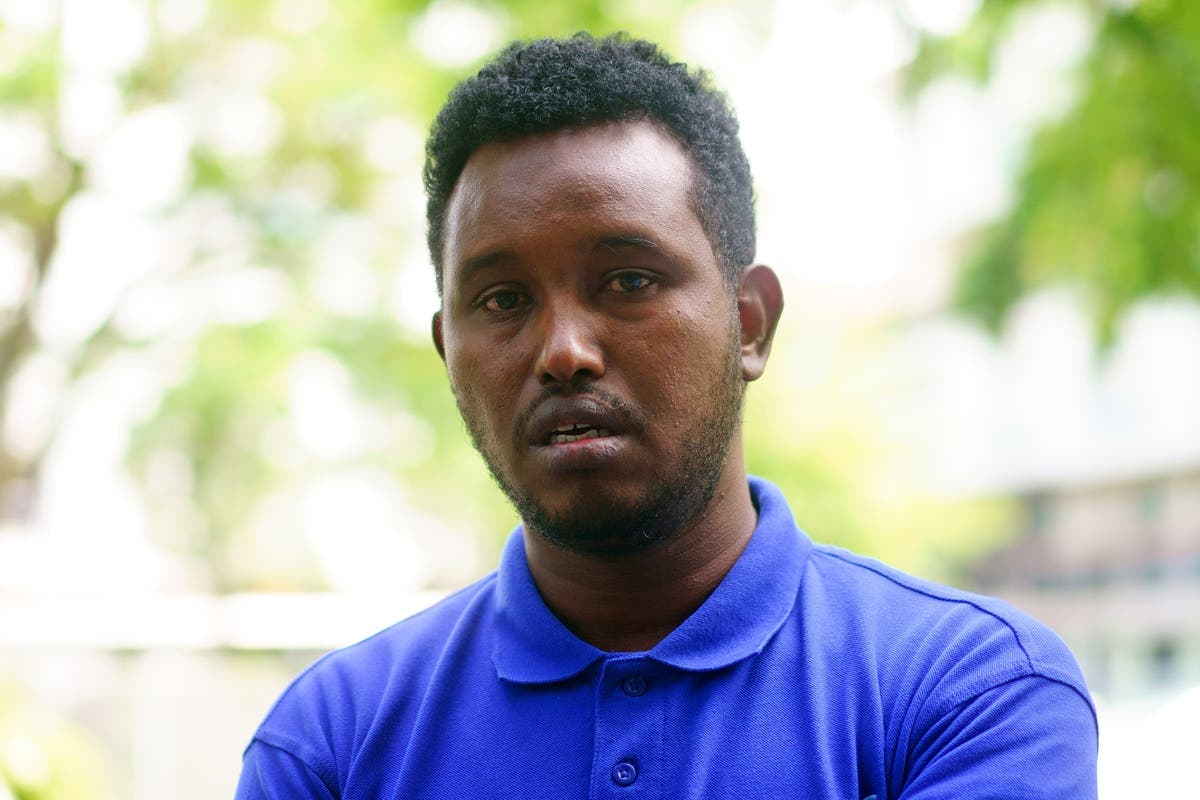 A resident of a high-rise block of flats said a fire broke out in his home after a charging e-bike caught fire, forcing dozens of people to flee.

Lebanon Shakt woke him up after his friend, whom he named Abid Nasir Mohammed, thinking he was “going to die”, and led him to the guest’s bedroom, which was engulfed in flames. Was

Mr Shakt said Mr Mohammed was rushed to hospital after 9am after being rushed to the emergency services at Shepherd’s Bush in west London, along with 60 firefighters and two ambulances.

Mr Shakt said his friend, who had been living with him for several days, had started charging the e-bike battery in the flat when he started smoking in the socket.

Mr Shakt added that when it was plugged in, it sparked and set the surrounding environment on fire.

Less than a mile from Greenfield Tower, the burning windows of Mr Shakt’s house can be clearly seen in the Stabbing House Flats, where a fire in 2017 killed 72 people.

Speaking to reporters outside the building and still wearing his Mikaevis – a traditional Somali-style pajama – he said: “(My friend) was in a room that caught fire. He was in bed. His face was black because he had breathed so much smoke.

The 38-year-old man was half awake when he encountered a fire, and ran to pour a bucket of water over the burning debris.

But he spread the fire, and he ran to escape the building, knocking on a nearby door on the 12th floor to alert his neighbors.

At least 30 residents fled the building as black smoke billowed from the windows.

“Something was coming from the bike, smoke, so he removed it. Now the debris, the plastic, the fire engulfed the whole place, the beds on the windows,” said Mr. Shakit, who has lived in the building for 20 years. , Said through an interpreter.

He claimed that despite the size of the fire, no fire alarm had been sounded and no water sprinklers had been activated.

But Jonathan Stone, Hammersmith and Fulham Council safety manager who owns and operates the building, said the precautionary measures taken by local authorities “prevented another Greenfield.”

Mr Stone and Labor Council leader Stephen Cowan, who were at the scene of the blaze, both told the PA they had been advised that the fire alarm had sounded as expected.

The council has a system called Fire Safety Plus which has taken steps including installing fire safety gates to help residents stay safe.

The fire was contained at about 10.55am, which Mr Cowan said was partly due to a lack of flammable cladding – a significant difference from the Greenfield Tower.

He said PA residents may have been “shocked” by the ordeal and that reports of fire alarms failing were misinterpreted.

Labor MP for Hammersmith Andy Slater told the PA at the scene that he thought the work would be “very worrying” and said a full report would be completed to formally determine the cause.

“Any kind of fire, especially in high-rise buildings, will be of great concern to residents and they will need to be assured that all safety measures are in place,” he said.

Mr Shakt saw the Greenfield Tower on fire from the same flat that caught fire on Tuesday, saying the fire refreshed memories of the tragedy.

He said: “I remember watching this. We were playing PlayStation.

He added: “I thought I was going to die today.”

Explaining how the morning events unfolded, he said: “They (Mr. Muhammad) force me to wake up. I follow him. I went into the room and the whole room was burning. I went to the sink. Run, I got a bucket of water and I tried to put out the fire and then it got worse.

The London Ambulance Service said two ambulances and a Hazard’s Area Response Team arrived, one person was taken to hospital and two were examined at the scene.

In a statement from the scene, Station Commander David Bracewell said: “Firefighters contained the blaze on the 12th floor of the tower block in W11. Three people were evacuated from the affected flat before the brigade arrived. Several other residents were evacuated. The building was evacuated.

“Firefighters escorted six residents to safety through the inner stairs. More residents who were not affected by the fire, heat or smoke have been advised to stay in their flats.”

“In the early stages, we used a new technology called 9Eye that enabled the caller to send live stream videos of the incident directly to the brigade’s 999 call center.

“We also used a 32-meter turntable ladder to pour water outside the building.”

Elizabeth Campbell, leader of Kensington and Chelsea Council, said the incident brought back “terrible memories” of the Greenfield tragedy.

He said: “We are well aware of the horrific memories and traumas that these events could bring back to the community, and we have asked colleagues at NHS and CNWL to make sure support is clearly visible. Yes. “