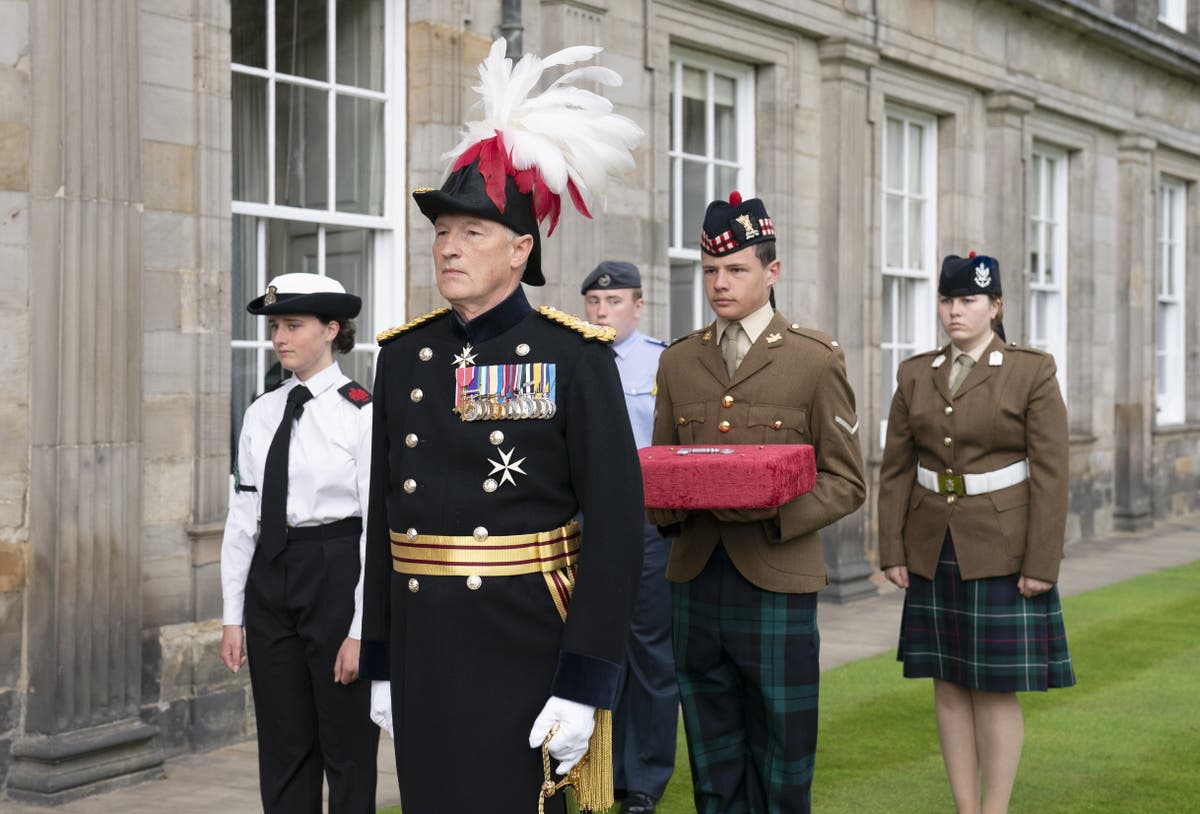 Senior army officers hope to challenge the public perception of the military as they begin their program for this year’s Fringe.

The Fringe will feature eight events in the Army, including a one-man play titled Heroine to Hero which follows the journey of Paul Bogie – a former heroin addict who used the drug in Edinburgh’s Craigenty area. .

Mr Bogie gave up heroin aged 30 and joined the Scots Guards. After six months, he found himself on duty at Buckingham Palace, guarding the Queen.

Actor Tony McGiver, who also served in the army, plays Mr. Boogie in the play.

“It’s really a story of redemption, rebirth, but we’re also trying to break the stigma of heroin addiction and the way society views heroin addicts,” he said. .

Mr McGuire said the play was very topical because of the debate surrounding drug-related deaths in Scotland.

“Scotland has the highest death rate from heroin,” he said. “I feel theater is not doing enough so here I am trying to tell Paul’s story to reach as many people as possible.”

Mr MacGyver is the only actor on the show and says it is a “challenge”.

He added: “It’s because Paul is his own man, so it fits with the piece. I was trying to challenge myself as an actor and as a person.

“It was a long time since I challenged myself mentally and physically.”

Mr McGuire went to drama school after his stint in the army and said he had played “nothing but soldiers”, but thanked the army for its support.

“If it wasn’t for the Army at the Fringe, financially this show wouldn’t be possible. It’s well known how difficult and how expensive it is to put on a show in Edinburgh.

“The MoD came to me and said: we’ll accommodate you for free, and that’s the biggest help anyone can get.”

Major Rick was recruited into Winston Churchill’s Special Operations Unit for being gay and eventually worked as a drag queen for Nazi officers in Paris during the occupation.

“Churchill was actively recruiting homosexuals because at the time, it was illegal and they had to live by lying. So it’s great training to be a spy,” Mr Summerville said.

“There’s a lot of fun, a lot of laughs, there are moments where the experience hits home and it’s quite raw.

I think if we challenge people to look at the military in a new way, I think they will be surprised.

“It’s an amazing story and it’s not well known. I feel that way because it doesn’t end with an easily acceptable tragedy.

“What’s amazing about this story is that it’s a positive story. It’s about a gay man who did amazing things.

Major General Alastair Bruce, who is governor of Edinburgh Castle, said the audience would be “shocked” by the presentation.

“Army in the Fridge surprised me, the audience will be surprised and it won’t be what they were expecting,” he said.

“There are different types of people within the military who have played their part and I don’t think people realize that.

“What Army at the Fringe represents is that the diversity we celebrate today has brought together many people who may have been discriminated against, had challenges in their lives and still join the armed forces. Get a second chance by being and being part of a team.

“As Governor of Edinburgh Castle I am privileged to see this amazing view of Edinburgh and during the Fringe, the place comes alive with arts and culture, challenging us to rethink and see the world in a different way. Is.

“I think if we challenge people to look at the military in a new way, I think they’ll be surprised.”

Heroine to Hero runs to 7.15pm on August 28 and For Queen and Country to 8.30pm on August 14, both at the Army Reserve Center on East Claremont Street.