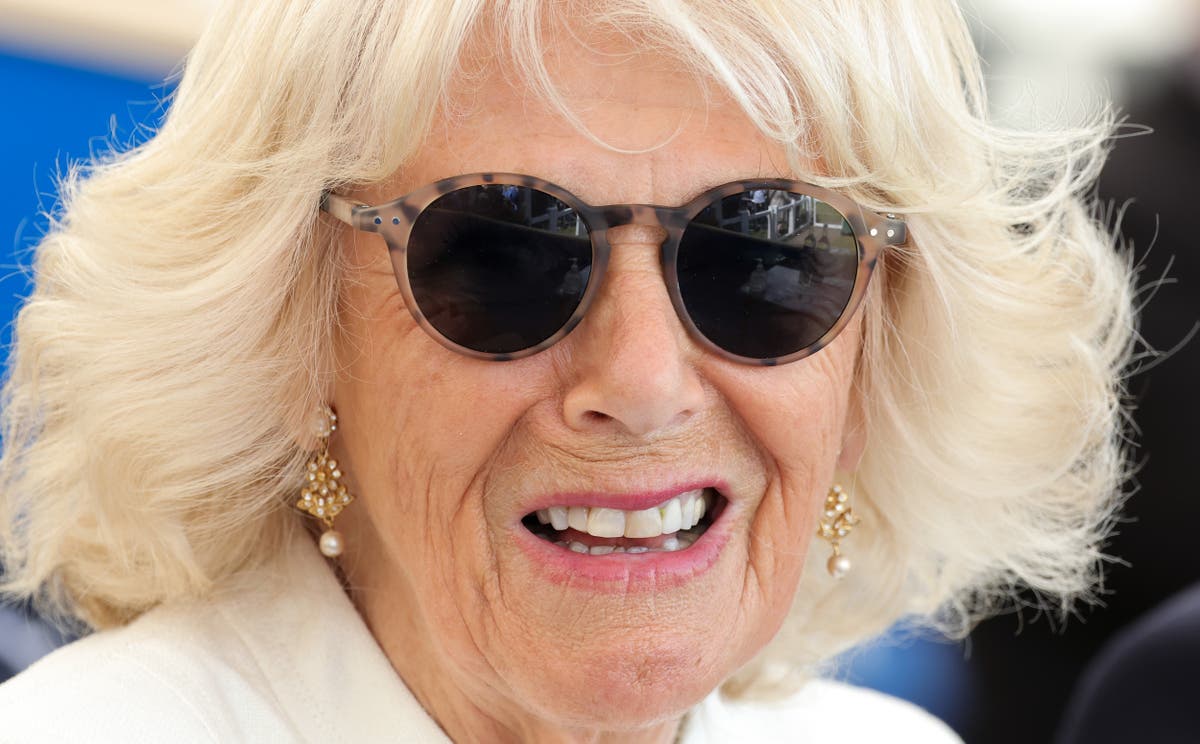 The Duchess of Cornwall has revealed that she plays Werdal every day in a rare, highly personal interview with her granddaughter.

During a lengthy conversation with British Vogue, Camilla went into great detail about being a grandmother, balancing royal duties with her marriage to the Prince of Wales, and becoming three-quarters of a century next month.

The Duchess, who will be celebrating her 75th birthday on July 17, spoke with the magazine’s Giles Hattersley over a cup of tea and a Duchess biscuit at Clarence House, the London home she shares with Charles.

Camilla will also be a guest editor of Country Life on her birthday, and will provide insights into her work in the upcoming ITV documentary magazine.

The future queen of the consort told British Vogue that she would like to send messages with her five grandchildren, who are between 12 and 14 years old.

“I play with my granddaughter every day,” she said, expressing interest in online five-letter word puzzles.

“She would text me to say, ‘I did it in three,’ and I would say, ‘I’m sorry, I did it today in two.’ It is very satisfying when it tells you how wonderful you are.

“We learn from a lot of young people and they learn from us. It’s always been that way.”

I’ve been searching for so long that you just have to find a way to live with it.

The Duchess said she sometimes “enjoys spoiling things by giving them too many things that their parents forbade them to do”.

She also revealed that she picked up one of her grandsons from a school near her Wiltshire home.

She added: “Girls are starting to get into clothes and make-up and, you know, it’s awful when you see them, with pierced ears and lots of new make-up and funny colored hair and things. Let’s go out together. ” .

Camilla says her grandchildren want her to have her ear pierced on her birthday, but they won’t believe it.

Talking about the milestone birthday, he said: “I would love to return the watch.

“You know, my mother died when she was 72, so I lived longer than my mother, which is weird.”

When asked if you have the benefits of being in your 70’s, he said: “Well, I don’t think you can do much about yourself.

“You’ve done what you can. I think you just accept that you are who you are.

He added that there would be “no more celebrations” for his birthday, which would be spent with a small circle of family and friends.

The Duchess also talked about dealing with press scrutiny since the 1990s.

“No one likes to be looked at all the time and, you know, criticized and; but I think in the end, I get on top of it and walk with it.”

Camilla said it was “sometimes not easy” to balance royal affairs with her marriage, but she and Charles “sit down together for a cup of tea and discuss the day.”

He said: “You know, the best thing about us when we leave is that we sit in different corners of the same room and read our books.”

An avid reader, Duchess said she was surprised when the reading room of her online book club, The Duchess of Cornwall, gained a lot of followers on Instagram – now at 138,000.

The July issue of British Vogue, which includes a full interview, is available from June 21.

Prior to its release, Edward Ann Phil, the magazine’s editor-in-chief, called Camilla one of the “most mysterious” women in the world.

“As she approaches another chapter, we are delighted to mark Vogue’s first film with an intimate portrait of photographer Jamie Hawksworth.

Spin Gold TV and award-winning director Michael Waldman’s ITV documentary – called Camilla’s Country Life – is with the Duchess as she plans an overseas special edition for the magazine’s 125th year.

ITV Controller of Facts Joe Clinton Davis said the documentary would show Camilla “up close” as she invites authors to explore their feelings and meet with charities.

Ms Clinton Davis said: “This film offers a unique opportunity to gain insights into the Duchess of Cornwall, immersed in her inner circle, her personal feelings and engaging with some of her loved ones.”