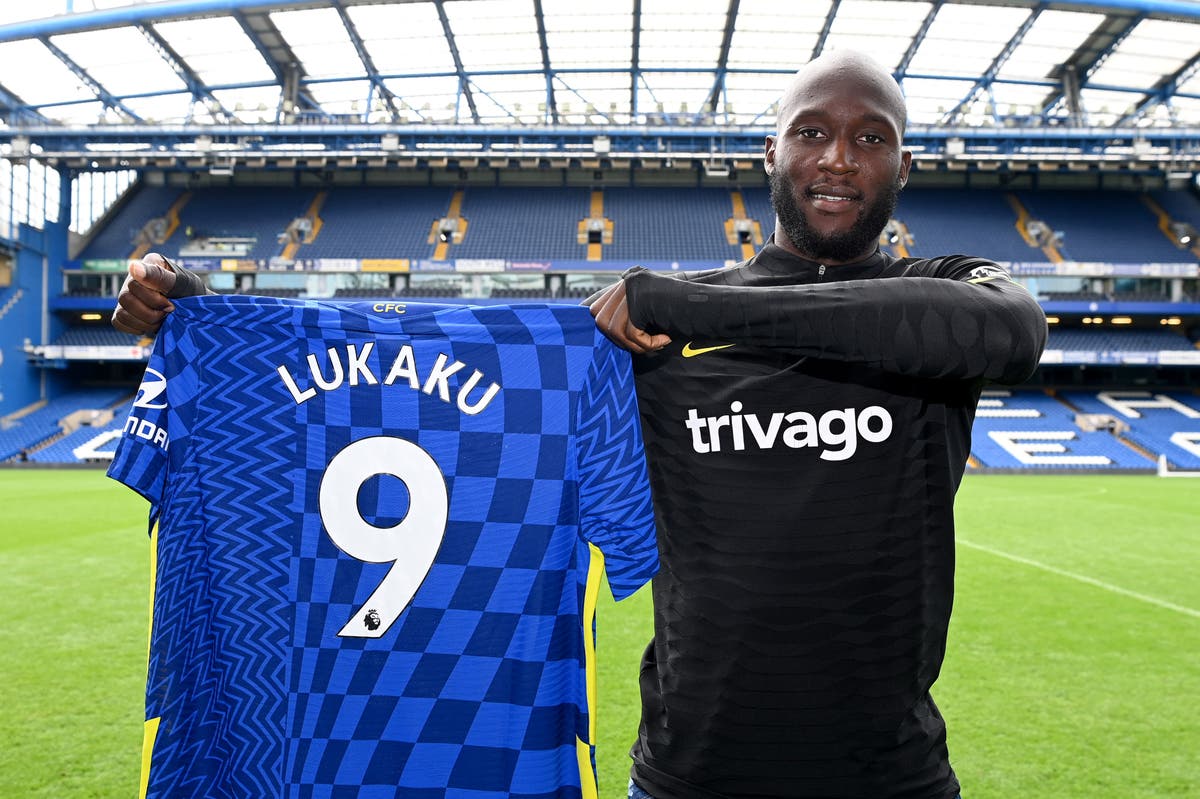 Thomas Tuchel has insisted that Chelsea did not deliberately leave the No9 shirt free with a future new signing in mind.

Chelsea’s No.9 is vacant following Romelu Lukaku’s loan return to Inter Milan, and Tuchel said none of the Blues’ current stars want to take the shirt.

The Stamford Bridge club will continue to look to add a striker to their ranks this summer, with Barcelona’s Pierre-Emerick Aubameyang understood to be under consideration.

The last six Chelsea stars to wear the new shirt have struggled to make a lasting impact in west London, prompting Tuchel to joke that the Blues’ central striking number is still unlucky.

“It’s cursed, it’s cursed, people tell me it’s cursed!” Tuchel joked. “It’s not a case of us leaving it open for strategic reasons, or for some players in the pipeline who come and take it naturally.

“There was no big demand for number nine, when players like to change numbers sometimes. But surprisingly, no one wants to touch it.

Tammy Abraham insists he had no problem rising to the No9 challenge while playing the squad number for two years at Chelsea, before heading to Serie A to impress Roma.

Abraham still left Chelsea with unfinished business, however, and then Lukaku’s solitary campaign at Stamford Bridge came to a scintillating end.

Fernando Torres, Radamel Falcao, Alvaro Morata and Gonzalo Higuain have all tried and failed to make a lasting impression as Chelsea’s No.9.

Tuchel is comfortable enough about the situation to openly joke about it, and the Blues could yet recruit a central striker who would naturally take the shirt.

Chelsea have pushed hard for a summer of change under new owners Todd Boehly and Clearlake Capital, with Marc Cucurella the latest high-profile and big-money signing.

Tuchel still believes the Blues are in transition but vowed not to limit his squad’s potential for the new campaign.

“I think we will not have our highest level that we can reach throughout the season,” Tuchel said.

“I think it’s normal for everyone but, for us, it’s completely normal and we shouldn’t be too concerned because not only has it been turbulent since the new owners came in, but they How it came and the situation before it.

“So we didn’t have the platform to sort everything out, go on holiday and prepare for five weeks to figure out who’s in our squad and how we train.

“There were constant changes within the squad and within the process. I think the first step is to acknowledge it, be OK with it and not wish for more. This is the situation.

“We tried to completely refocus against Everton this week and it’s the right approach because I feel the team refocuses, it calms everyone down and I think we can win. Ready to go to Everton.

“We’ll see if I’m right. Then we’ll analyze it and then prepare for Tottenham in the same way and I’m sure by doing that we’ll find our shape, we’ll find our level. That’s what we demand of ourselves and like I said, I don’t want to lower my expectations before the season but at the same time I don’t want to put too much pressure on myself.”