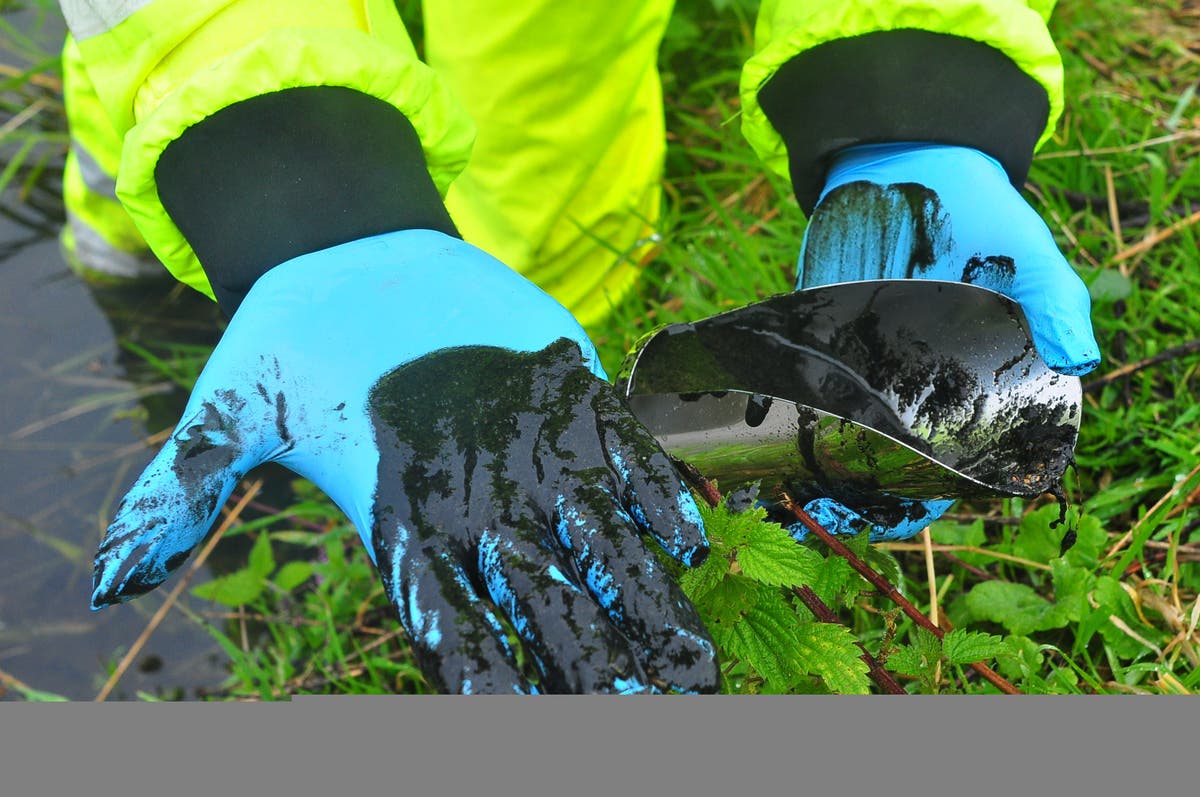 The OD giant Dairy Crest has been fined more than 1.5 million for repeatedly discharging illegal levels of sewage into the Cornish River systems from the UK’s largest creamery.

Between 2016 and 2021, the site regularly violated the terms of its permit, which allowed it to pump wastewater into the Inny, a tributary of the Tamar.

At the time, it was run by DairyCrest, now called Saputo Dairy UK, which had a profit of £ 21 million last year.

At times it was so bad that locals were unable to leave their homes.

The site had its own wastewater treatment facility, but struggled to cope with the growing amount of waste when it expanded its work to include a “probiotic” dairy plant in 2014.

It violated the legal limits of phosphorus, ammonium nitrate, suspended solids and oxygen levels, and caused a strong odor to nearby residents that kept them indoors.

In December, Dairy Crust pleaded guilty to 21 counts of pollution and stench in Toro Crown Court.

In August 2016, a powerful bioside used to clean sewage tanks and pipelines was released, killing thousands of fish over an area of ​​2 km of the river.

It also blamed the release of suspended solids in August 2018, which covered a 5km section of the Annie River in black mud.

Derry Crest further admitted that she failed to notify the Environmental Agency within 24 hours, while on seven occasions things went significantly wrong.

Judge Simon Carr, sitting in Truro Crown Court, fined the company £ 1.52 million on Thursday, saying there was evidence of a breach of management culture at the company.

We acknowledge that Dairy Crest Limited is taking steps to address various issues, but unfortunately these measures have not been fast enough on many occasions and have proved ineffective in preventing pollution.

The judge cited evidence that those responsible for the wastewater facility felt “intimidated and bullied” by their line manager.

“It meant they were unable to move forward with their concerns because they would be personally criticized when the limit was exceeded or missed,” he said.

In one incident, an employee filmed a wastewater monitor that had been removed from the water tank and placed in a bucket of clean water to cover plant plant discharge violations.

The judge added that one of the serious violations of the ecosystem was “one of the employees was involved in placing material in a tank that was completely inappropriate and unauthorized.”

But he added: “After reading the documents carefully, it seems that this was not a broad or military issue, (but) it was an issue that the senior administration should have resolved sooner.”

The judge added that the problems persisted for many years and were “destroying the lives of those who lived nearby”.

“It was so bad at the time that locals were unable to leave their homes,” he said.

“Although there is no evidence that the discharge poses a health risk, people living nearby knew that they were smelling the discharge out of considerable commercial concern, and of course with health. They were also concerned about the impact on their quality of life. “

As the largest employer in North Cornwall, the company is committed to helping its local communities and becoming a better neighbor.

The company was ordered to pay the full fine within 28 days, and the court heard that it had previously agreed to pay £ 273,000 in court costs.

Helen Dobby, Area Director of the Environment Agency, said: “As a large and well-established operator, Dairy Crest Limited must work to maintain the required environmental standards.

He added: “We acknowledge that Dairy Crest Ltd is taking steps to address various issues, but unfortunately these measures have not been fast enough on many occasions and have proved ineffective in preventing pollution.”

The company said: “Once again, the company would like to express its sincere apologies to the victims.

“Much work has been done to address the historical issues to which the prosecution is concerned.”

He continued: “The company continues to invest in the best technology, processes and key resources to further improve its environmental performance and reduce its impact on the local community.”

“As the largest employer in North Cornwall, the company is committed to helping our local communities and becoming a better neighbor.”