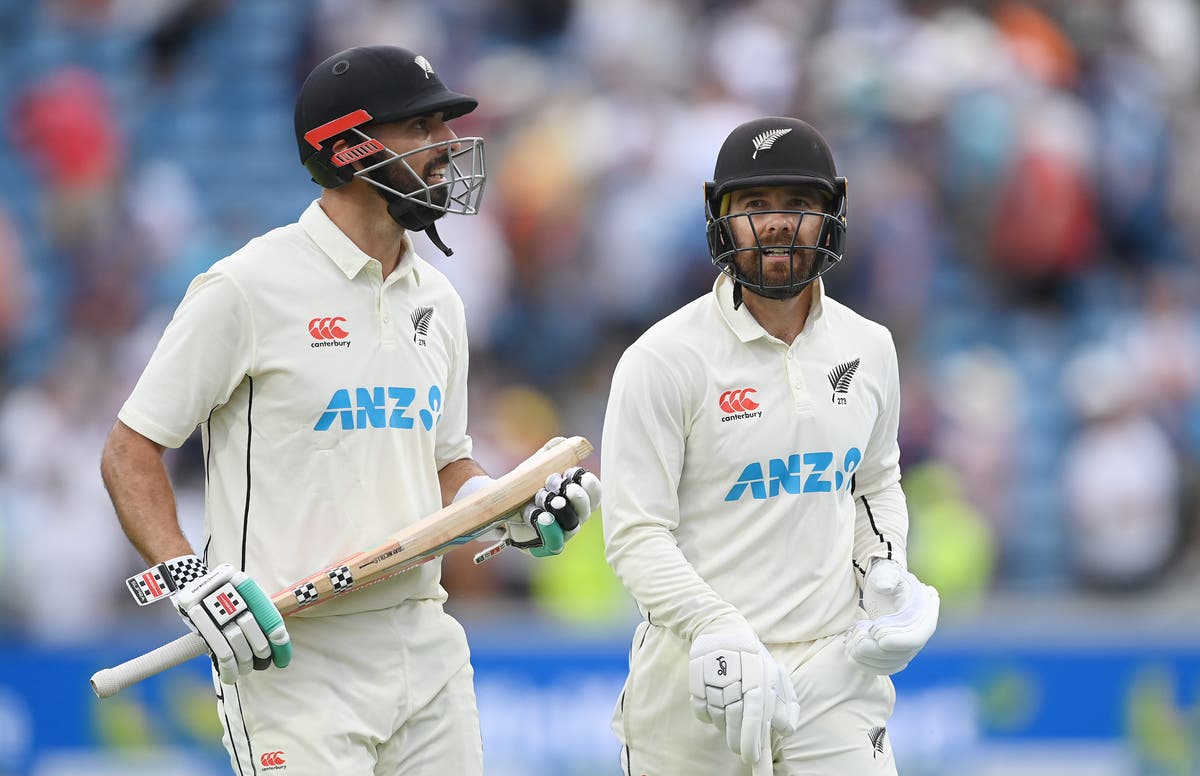 Han England lost the toss on a straw-colored pitch, under the cloudsless skies, their attack leader Stuart Broad was heard groaning loudly as he ran to pick up his bowling boot. At every level, it seemed like a batting day.

So to take five wickets for England – the last of them to be very lucky, it must be included – before their familiar enemies Daryl Mitchell and Tom Blundell felt good about the first day. New Zealand ended the day at 225 for five and despite the unbeaten 100 of the sixth wicket pair, the game was not too bad for England.

England’s collective bowling effort, along with that of James Anderson and eight other players, was impressive. Broad set the tone in his first over of the day with Tom Latham’s crucial wicket, and Matt Potts’ first with a new ball was successful, even if he didn’t take a wicket. Potts conceded just 28 runs in his 20 overs, and Mitchell should have been LBW for eight, but he could not persuade Ben Stokes to reconsider.

England’s replacement bowlers kept up the pressure, Jack Leach performed brilliantly in 28 overs, Jamie Everton took a crucial wicket on his debut, and Joe Root also made a stir through a few. It was strange that Stokes did not bowl, bowling on a full palet in his one-day training on Wednesday after illness.

Other than that review – the failure to follow Mitchell, and the other two missing – Stokes had a great day. Four of the five wickets came in the first over of the spell, and he maintained his policy of attacking at every opportunity with his fields.

After taking Broad’s lithium, well taken in the first slip, Ken Williamson – who had just returned from a cove and won the beautiful toss – and Will Young were settled. But Leach’s initial introduction, after just 12 overs, paid off immediately. From round the wicket, Leach got a little draft and turn, and Young was put in front. His review was useless.

Ten overs later, Broad returned for his second spell and dismissed Williamson at the end of a brilliant over. Williamson looked solid, carrying the leach, but Broad only got one to catch his line, and he played away from his body to be caught behind. He took Broad’s Test wickets to 548, and Glenn McGrath’s 15, within the all-time list.

New Zealand scored 65 for three at lunch and England topped the list. Henry Nichols, as he was at Trent Bridge, looked absurd and, at four, was too lucky to avoid Pott’s review. The ball was hitting the stumps, but it was not clear if the bat was involved, so the on-field decision was upheld.

Trapped in Nicholls, but his teammate Devon Conway – playing with too much attacking intent – couldn’t. Everton returned early in the afternoon and a touch of motion brought a drive, the inner edge of which – the weakness of the conveyor – hit the stump. Overton improved with each spell and touched 90mph in an exciting debut that began with a cape presentation by his brother.

Mitchell was fortunate that England did not review it, but this Nicholas was living a charming life. Although he lost his luck on a tea stroke when he tried to knock Leach down, Mitchell’s bat was pulled out at the end of the non-striker. He tried to get out of the way but was diverted to mid-off where Alex Liz took an easy catch. It was an unusual outing that saw both batsmen in the middle of the ball.

As has been the case with this series, England met Mitchell and Blundell and then stopped. It was his third hundredth contribution, and at the end of the day, not even a new ball could finish him. He kept his focus on the 25-minute rain delay, the spells of Everton’s bouncers and substantial changes in bowling by Stokes. The way all their series are.