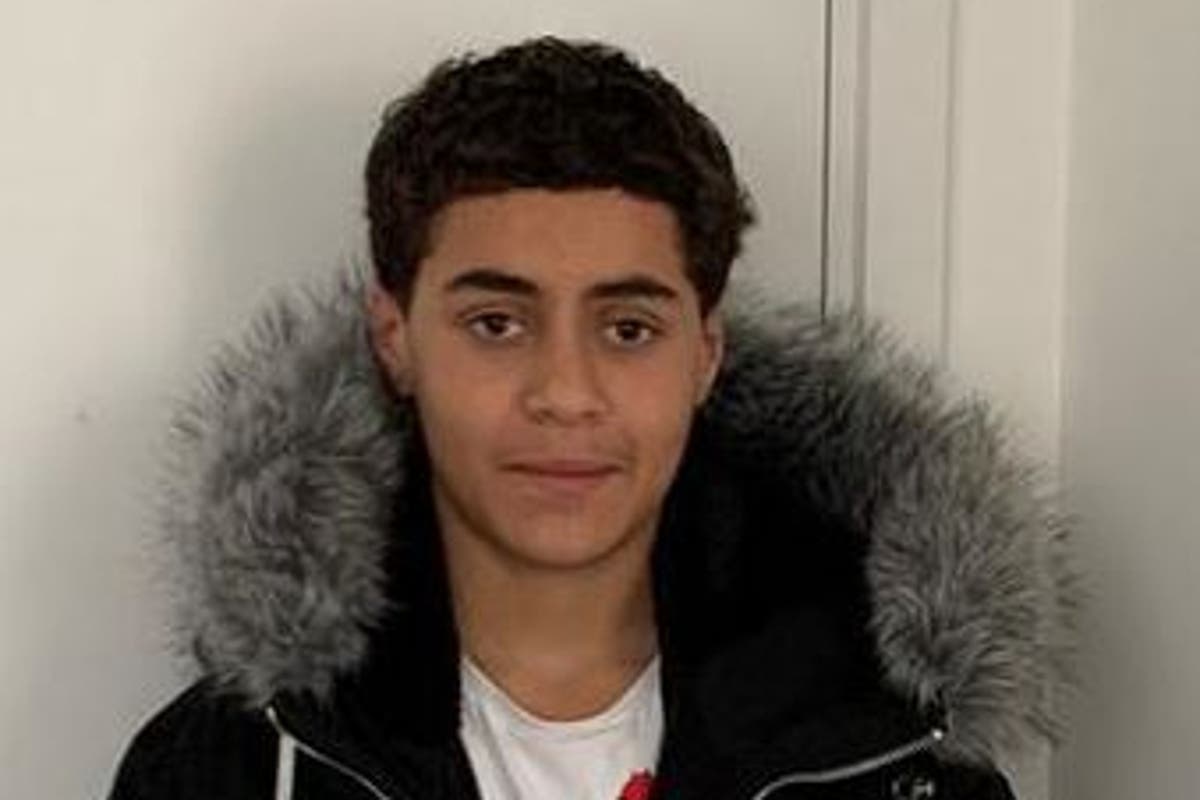 Unarmed Freis Matou – whose family had fled Algeria to escape civil war – was attacked in broad daylight by the pair, aged 14 and 15 at the time.

A fight broke out between a large group in Barking Road, Canning Town, on the afternoon of April 23 last year.

The boys, now aged 16, were found guilty of murder and jailed for life at the Old Bailey on Wednesday.

Both defendants had criminal histories, with the former subject to a youth rehabilitation order at the time of the murder.

Sentencing, Judge Sarah Munro QC said: “Ferries was the light of his mother’s life. He was her youngest child and a well-mannered young man who had never been in trouble.

“Ferris’ parents came to the country from Algeria to escape the violence they had experienced there, only to lose their son on the streets of London where they hoped he would His family will be safe.”

He told the defendants that no sentence could undo the “irreparable harm” they had caused, adding that there was no suggestion that Faiz was involved in any of the violence that caused him. The death of

The court heard Faris “did not make any threats” and was trying to avoid the defendants.

A 4.3-inch cut on his back was caused by the sword, which had been stolen from the minor defendant’s grandfather and given to another to use.

In CCTV footage of the attack, Faris is seen retreating as he is scarred by the sword.

Prosecutor Julian Evans QC said: “Cray had nothing on him. He was completely unarmed.

“The Persian offered no danger to (the first boy), advancing towards him armed with a sword, nor did he present any danger to (the second boy), who now carried the sheath and advanced.” Had been. Rent.”

The older boy then lunged at Persia – the first of three attempted sword strikes – while the younger boy swung the sheath.

Mr Evans said: “Fears reacted by raising both hands to his face and head to protect himself.

“When he, Faris, tried to escape, he turned his back on (the defendants) and he, Faris, drove away.

“Despite this action, (the defendants) continued to assault her.”

The jury was told Fez tried to run but slipped and the defendants continued to attack him.

He briefly managed to get to his feet after the attack stopped, but lost his footing again and fell from a nearby car.

He was pronounced dead at the scene.

Mr Evans said the weapon would look “like a walking stick” to passers-by.

Both defendants denied murder and claimed they acted in self-defense, but a jury convicted them after a trial.

In a victim impact statement read to the court, Faris’s mother Amel Matou said the family had come to the UK to escape the “death and misery” of civil war in Algeria before he was born.

He said: “Kroy never hurt anyone and he was just a happy kid.

“Everybody liked Faris, he liked everybody in return.

“Karya was never in trouble with the police and was not involved in gangs or crime. He had high hopes for his future.”

Faris loved cars and could have been a mechanic or engineer, she said.

Mrs Mato said the family had come to Britain for safety and never thought her son would be taken to London.

He added: “My family and I seek no revenge. We seek justice and understanding for Faris’ death and hope that those who killed him will be held to account for their actions. .

Mrs Mato and Faris’ siblings wiped away tears in court as the two defendants were sent away.