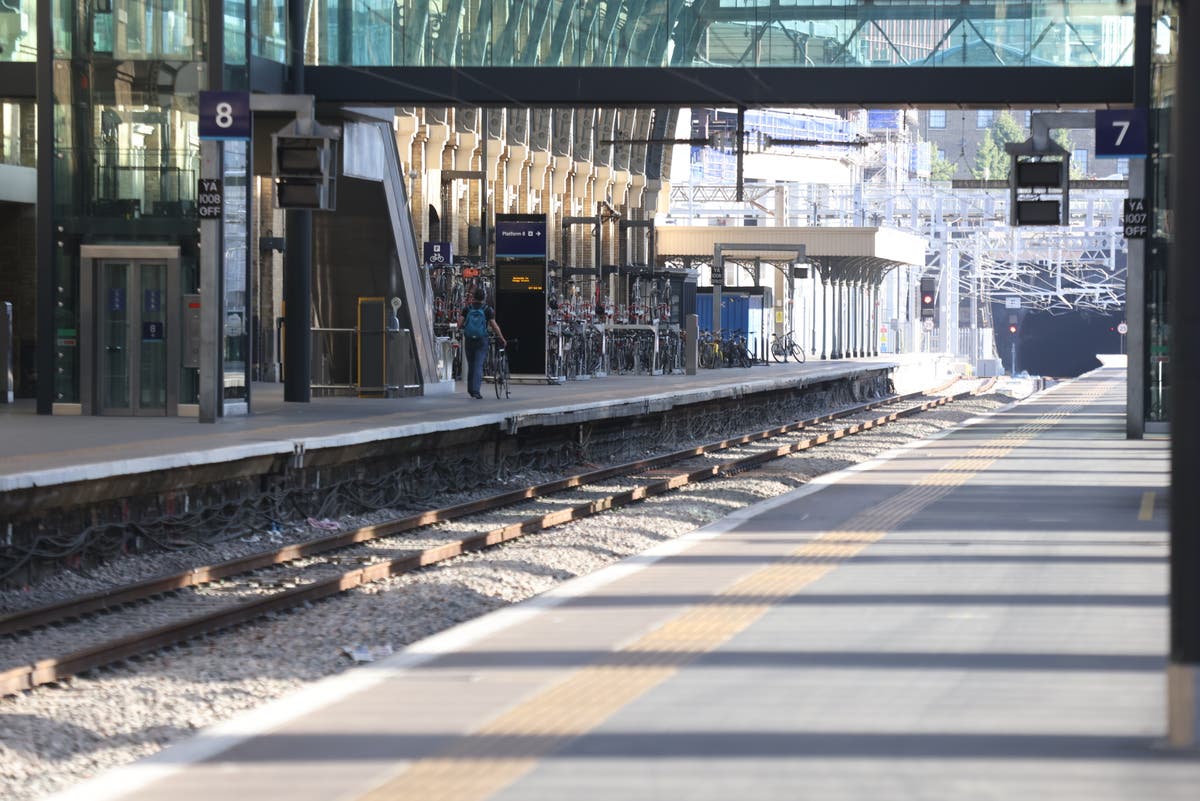 Rains have affected services across the UK as thousands of railway workers went on strike for the second time this week.

In Network Rail, members of the Rail, Maritime and Transport (RMT) Union and 13 train operators walked out after failing to resolve a bitter dispute over salaries, jobs and conditions.

Only one in five trains are running on Thursdays and they are mostly confined to main lines, with almost half of the network closed.

The government announced plans to change the law to enable businesses to provide skilled agency workers to fill staff gaps during industrial operations.

The ministers pointed out that, under current trade union rules, employment agencies are prohibited from providing temporary agency workers for strikers, saying it could have “disproportionate effects”.

Meanwhile, members of the Aslif Drivers’ Union in Greater England went on strike on Thursday in a separate dispute over their salaries.

The company, which is also affected by the RMT strike, advised passengers to travel only if necessary.

The Transport Sailors Staff Association (TSSA) has announced that its members at Mercier have accepted the 7.1% salary offer.

Rather, it is the government that intends to dig into its heels. It would be wise for the grant shops to start talking seriously to their union as we vote for industrial action on the land above and below our railways.

A spokesman for Rail Delivery Group said: “The number of passengers is still only 80 per cent pre-epidemic.

We urge the RMT leadership to keep talking so that we can secure a developing long-term future for the railways and its workforce.

“We can only achieve this by improving – such as offering better services on Sundays – reflecting the changing needs of passengers so that we can go further.”

“We urge the RMT leadership to keep talking so that we can secure a long-term future for the railways and its workforce.

“Our advice to passengers is the same – just travel by train if absolutely necessary, check before traveling, and make sure you know the time of your first and last train.”

A Network Rail spokesman said: “We are disappointed that RMT has once again chosen to withdraw from negotiations without agreeing to an agreement. We will do our best to avoid further disruption.

“As a result of this unnecessary and premature strike, train services will look exactly as they did on Tuesday – starting in the morning and ending much earlier in the evening (approximately 6.30 pm).