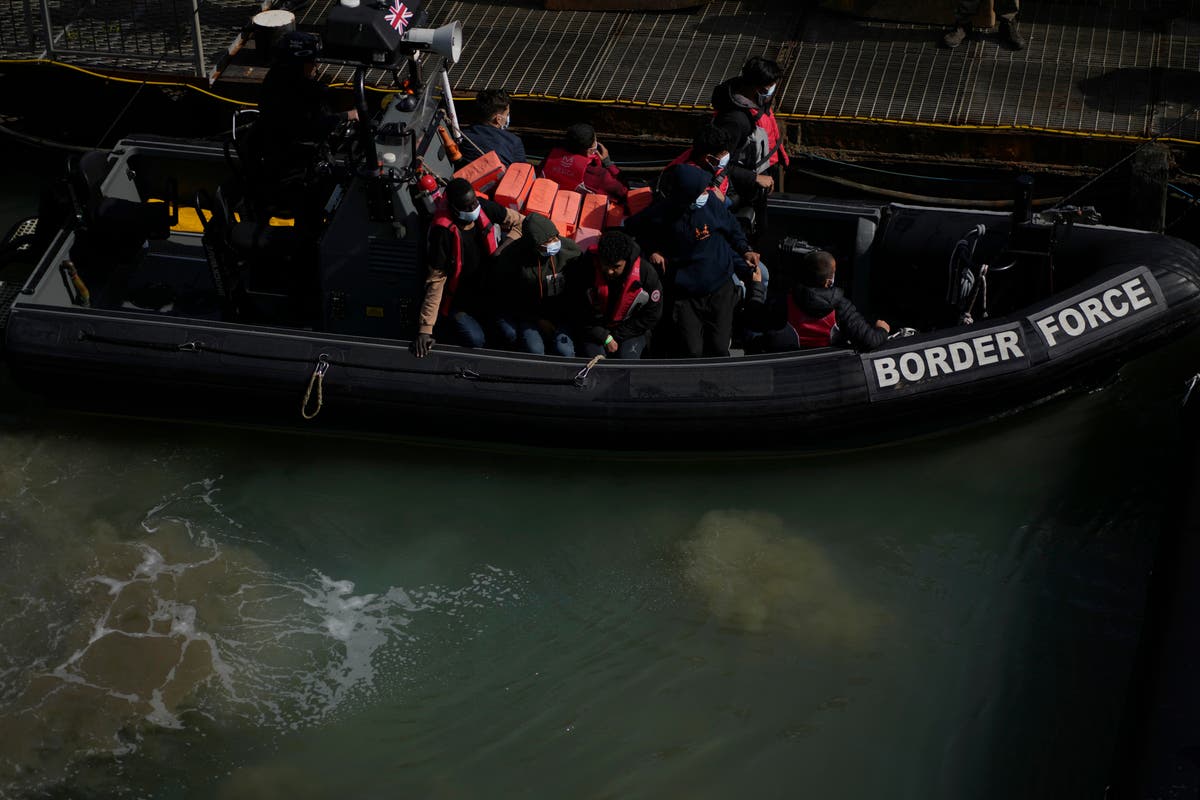 A senior Home Office official said it was “impossible” to say how many people needed to be sent to Rwanda to achieve the government’s goal of preventing refugees from crossing dangerous channels.

Matthew Rycroft, the department’s permanent secretary, said the success of the controversial scheme should be judged by the number of trips to the East African country thousands of miles illegally.

But he was unable to estimate how many would need to be deported for this discouragement.

Appearing before the Commons Home Affairs Committee, Mr Rycroft also explained how the government decides which refugees to send to an immigration removal center and then to Rwanda need to be “kept in confidence”.

Asked what was designed to achieve the screening process, Mr Rycroft said: “Unacceptable is about the procedure for arriving in the UK. Anyone is unacceptable, so it’s easy for one person to decide.

If this set of policies succeeds in closing the way for small boats, but something even more dangerous emerges, it will be a peaceful victory.

“Then the screening after that is basically about the safety of the individual.”

Explain to him that everyone who comes in a small boat is not sent to Yarel’s Wood Immigration Removal Center and Rwanda, and is asked if he is not allowed to explain why some people prefer it to others. “Everyone who comes this way is potentially eligible,” he said.

Putting pressure on how the decision is then made as to who is to be removed, Mr Rycroft said: “I think this is probably an operational detail that needs to be taken into account.”

The top government official said that if more dangerous paths were taken as a result of the Home Office policy, it would not be a “victory”.

“I agree that we should think about irregular migration in general and on all different routes, and it would be a great victory if this set of policies succeeded in closing the small boat route. Done, but something even more dangerous happened. ” They said.

But he said he had not seen any further evidence of immigrants trying to enter the UK through detour routes since the Rwanda policy was announced.

Asked if there was already evidence that people were trying to cross the border, he said: Were trying to avoid the activities of French law enforcement agencies, away from a wide range of beaches in northern France.

“I think there was some evidence last year.

The success of the scheme should be measured by the number of trips taken.

“I myself have not seen any evidence of a change in behavior in this feature since the Prime Minister’s announcement on April 15.”

Asked how many people in the East African country needed to be evacuated, the Home Office said in a statement to make the scheme a success, he said: “Well, I don’t think there is a single answer to that question. And of course there are different people. They have different ideas about success. “

He said the department had done “too much modeling” on the number that would need to be sent before the discouragement began.

Asked if it would be hundreds, or thousands, or tens of thousands a year, he said: “I don’t think it would be fair to speculate on such numbers at this stage.”

Asked how many needed to be removed before the discouragement could work, he said: “It’s impossible to answer.”

Mr Rycroft told the committee that the views of government employees were “irrelevant” when it came to policies with which they personally disagreed.

“I think the short version is that the role of public servants is the biggest challenge before making a policy decision, so that it can be emphasized and made sure that it is really strong.”

“And then after the maximum support for this policy and its implementation when the ministers decide on it, provided it is legal.

“Now, it is irrelevant what any government employee would think of a policy, if the then government had set that policy.”

He said government employees were “here to serve the current government, which has been properly selected.”

He added, “Now, if there are policies that people consider illegal, then this is a gray area.”

Mr Rycroft, meanwhile, found himself in hot water, saying the Home Office “likes nothing better than a good crisis”.

He apologized if the comment was “at most Filipino”, but insisted the department “responds very well to a crisis.”

Asked if he could cite examples of crises that ended well in the department during his tenure, he said: “First of all, I apologize if this is an overly flop form of words. What I was getting was that culture in the home office, I think, responds very well to crisis.

“We’ve already talked about Afghanistan and Ukraine. I think these are both crises. The Home Office partnership has been something I’ve been very proud of and I hope everyone involved. Would also be proud

Challenging whether the Afghan and Ukrainian crises have ended well, he said: “They have ended neither for Afghanistan nor for Ukraine.

“But they are doing well in terms of Home Office assistance in resettling 13,000 Afghans and more than 120,000 Ukrainians so far, so I think that’s a positive contribution from Home Office.”