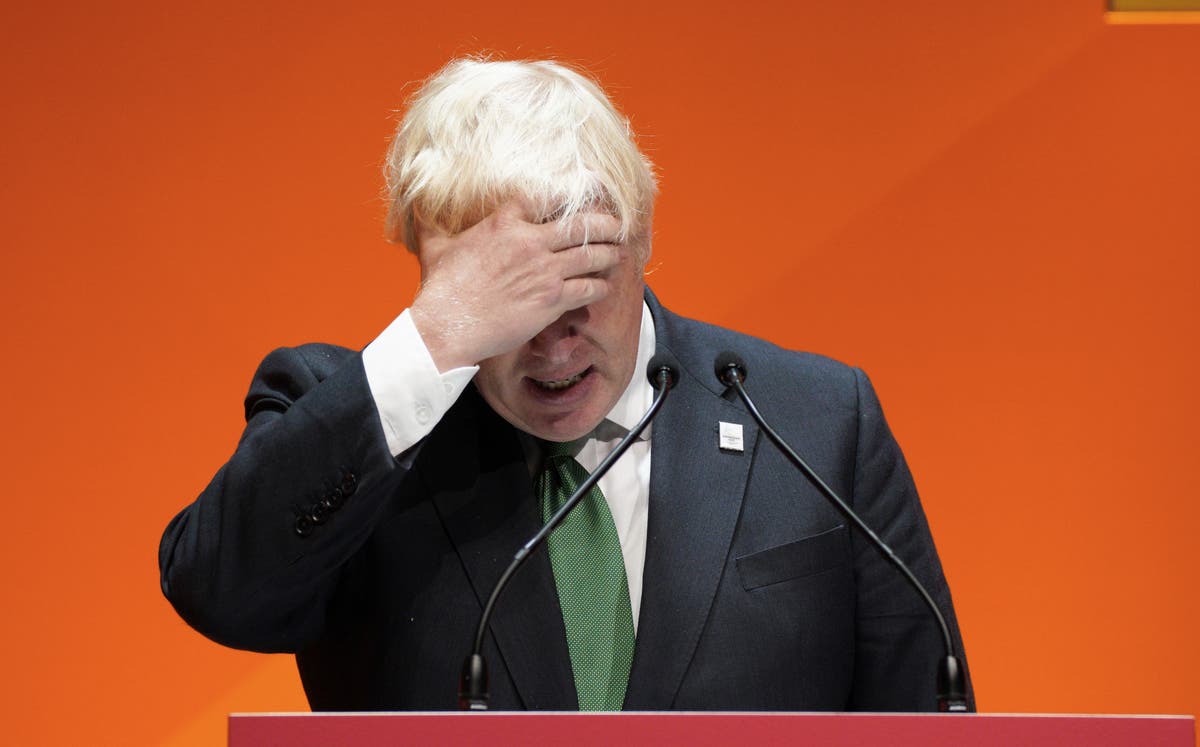 Orris Johnson said periods of difficulty were “inevitable” as he faced accusations that his “zombie government” was failing to deal with a crisis caused by rising energy bills.

Consumer champion Martin Lewis urged the Prime Minister and his two rivals to succeed him – Rishi Sink and Liz Truss – to scrap the emergency aid package.

Mr Lewis, of the money-saving expert, said decisions should not be delayed until the end of the Tory leadership contest as households would start getting higher bills before the energy price cap hits £3,500 or more in October.

He dismissed as “paltry” the bills promised by Mr Sink and Ms Truss during their leadership bids for extra help, which is £2,300 a year more than last October.

In a speech in Birmingham, Mr Johnson said: “I know people are concerned about the cost of living and the problems of global inflation that we’re seeing, energy shortages, gas prices, pressures for every country around the world. Face it. Feel it

“But my argument to you would be that sometimes you have to go through difficult periods and you have to remember that they are just inevitable.”

Speaking ahead of the start of the Commonwealth Games on Thursday, he said: “Every athlete knows that you go through a period of real stress and real sacrifice when sometimes you think it’s not worth it. If you are ready to win.

“And by that token we have to go through these tough times in this country, but we have to continue to invest and be prepared.”

“It’s going to put a lot of households in a very difficult financial situation that will leave them with some terrible choices.”

Wholesale price figures which show the price range show it will rise by 77% on top of a 52% rise in April, taking the typical bill to £3,500 a year.

“Others say it will be higher,” he warned.

“We’re expecting it to pick up again in January.”

Mr Lewis said the choice before the government was “either you have to lower prices for people or you have to put more money in their pockets, particularly at the poorest levels”.

But he added: “The problem is we have this zombie government right now that can’t make any big decisions.”

Major policy decisions have been postponed until the new prime minister takes office, with the Tory leadership contest set to conclude on September 5.

Mr Lewis said: “You have to look at the timing issues here. The official announcement of the price cap will be at the end of August.

This will encourage companies to inform their customers about increases in their direct debits.

“By September 5 when we have a new prime minister, we will already be mired in it.”

In a message to Mr Sink, Ms Truss and Mr Johnson, he said: “Please, go sit in a room together, make a collective decision now about what you can do to help and stop the damage to mental health. Make an announcement to stop. Coming across the country.”

“Action is needed now, you are all in the same party, you should be able to come up with some unifying policy, something for heaven’s sake,” he said.

“Sit down in a room, decide what you’re going to do together, take a little collective action and give a little bit of respite to scared people across the country.”

But Mr Lewis said: “We need the political will to do that. I’m afraid the green levies and the VAT cuts, they are minor in the big picture.