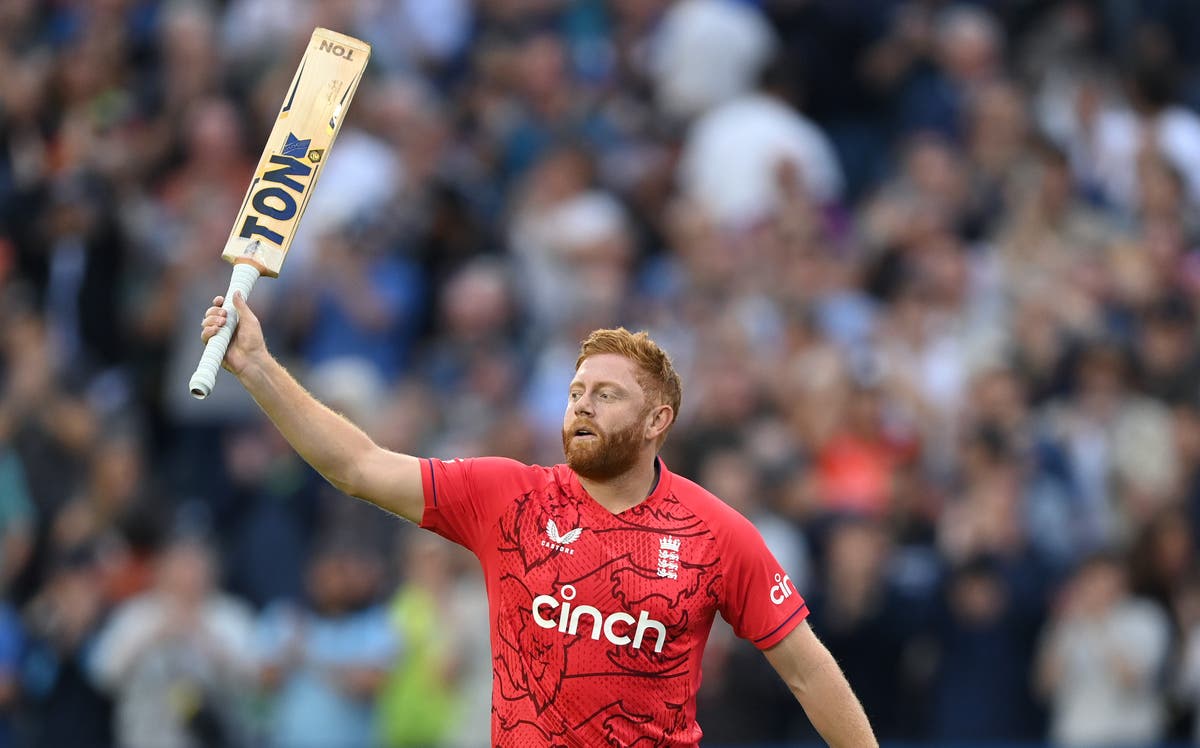 In a night of brilliant batting, England’s second-highest T20 total (234) looked as if Stubbs’ 28-ball 72 wasn’t enough. But cool-headed death bowling, especially by Chris Jordan, carried them to victory. The margin was 41 runs, but for periods of the chase it felt much closer than it was.

The main drivers of the carnage in England’s innings were Jonny Bairstow, who scored 90 off 53 balls, his highest T20I score, and Moeen Ali, who scored England’s fastest T20 fifty off just 16 balls. Was made. They hit 14 sixes between them, while David Malan hit four sixes in his 43, and Jos Buttler faced just seven balls but still set things in train with two sixes.

England were brutal but South Africa had a terrible evening on the field. Bairstow was given two simples and a hard life, while the miss fields, front and back were nine balls and plenty of wides. The five-man attack was unbalanced, with Tabriz Shamsi and emergency part-timer Stubbs scoring 69 runs in 4 overs. Keshav Maharaj and Kagiso Rabada kept things relatively tight, while Lungi Ngidi took the most expensive five-wicket haul in T20s. international

Fortunately, they were much better with the bat, Reza Hendricks getting off to a good start, then 21-year-old Stubbs announced himself on the international stage with a 19-ball half-century.

In the eighth match in a row, Buttler lost the toss, asking England to set a target. By the time they had done this, the result was beyond doubt. The feeling was heightened when Reece Topley’s brilliant form continued with two wickets in his opening over. It was closer than they could have imagined at the time.

With the return of Jonny Bairstow, England rebalanced their team. He came in at No.4, securing a place in a bowling-heavy line-up ahead of Harry Brook and Phil Salt with Sam Curran’s cameo in last Friday’s ODI.

Buttler got the party started, hitting two sixes and two fours off his seven balls, only to be dismissed by a brilliant catch from South Africa captain David Miller running back to mid-off. That was about the last strong piece of fielding from South Africa.

At the other end, Jason Roy struggled, scoring eight runs off 15 balls before driving Ngidi to backward point. He combined with Malan and Bairstow, who scored 71 off 45 balls to take on Shamsi. Malan hit the short boundary mercilessly but, after a six off Andile Pahlukvayo for four, he was caught behind. It was as good a night as Pahlukvayu got.

After tormenting Shamsi further, then Stubbs (who was first to drop Bairstow on 57, but ended up scoring 20 in his only over), Phahlukwayo returned for his final over, the 17th over. He scored 33 runs which included five sixes (two for Bairstow, three for Moeen) and two wides. It also featured Bairstow’s terrifying drop, 73 so far, at long-on.

After 17.3 overs, England were 218 for three, and had scored 98 off the last 27 balls. All of which came from the last 15 balls – 16 runs, three wickets – for South Africa. It was just too late. Moeen and Liam Livingstone were both caught behind, leaving Bairstow needing 10 runs for his first T20I, with two balls left in the innings. Finally he was taken deep.

South Africa’s chase got off to a dreadful start, with the loss of Quinton de Kock and Riley Rossouw, but Hendricks was soon out of bounds. By the time he reached his fifty off 28 balls, Henrik Klaasen – perhaps the biggest mistake on the field – was caught at long-on by Adil Rashid.

Unlike Miller, Buttler had bowling options to work his way through. Moeen was brought on to bowl Miller, but dismissed Hendricks, who was caught in the deep.

Moeen’s second over went on 20, which included three sixes from young Stubbs, who then gave some treatment to Jordan, Rashid and Topley as well. After Rashid took Miller, 21 runs were taken from Richard Gleeson’s third over, and South Africa needed 64 runs from four overs.

Sam Curran got 10 runs in the 17th over, then Jordan’s 18th cost just three. The reward was the wicket of Stubbs for Gleeson at the start of the 19th over, then two more in the over. It was only after Stubbs left that England could finally breathe.