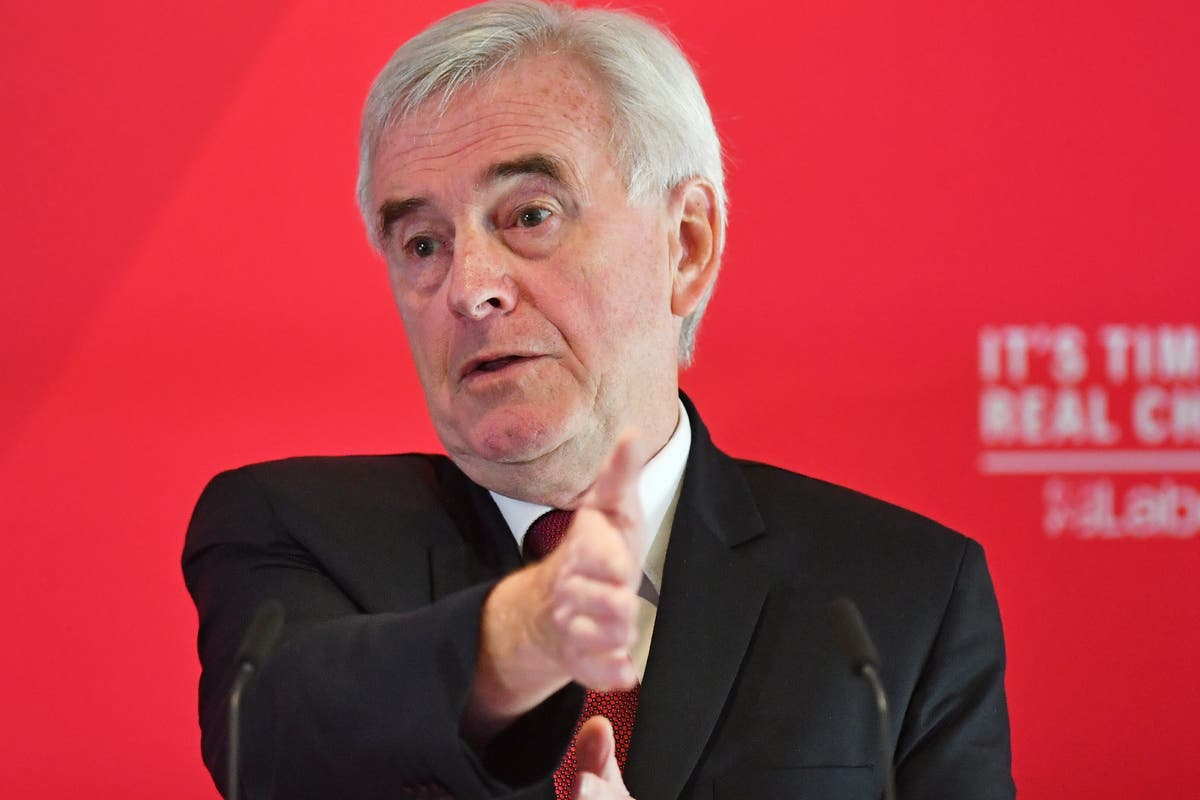 Abor’s civil war over industrial action intensified on Thursday as the party’s former shadow chancellor said MPs should support a general strike and protest along the picket line with workers.

John McDonnell has called the sacking of Sam Terry, believed to be having an affair with Labor deputy leader Angela Rayner, a “serious mistake” for joining rail unions protesting outside Euston station. stated.

Mr Terry, the shadow transport minister, was sacked after he gave interviews supporting RMT workers who walked out on Wednesday in a dispute over pay, pensions and redundancy.

Mr McDonnell told Sky News: “I don’t know who is giving advice to Keir Starmer, but this is a completely unnecessary row that has only been invented at a time when the Tories are tearing themselves apart, and We think we have the maximum opportunity to gain an electoral advantage that will generate support to take us into government.

“We have this completely unnecessary row.

Sir Keir Starmer had told his MPs not to come to picket lines ahead of industrial action.

But many people disobeyed his order.

York Central MP Rachael Maskell called on the Labor leader to visit the picket lines, while GMB general secretary Gary Smith said it was “a” for Labor to “turn the Tory transport crisis into a Labor story”. Big is your goal.

Mr Terry was the only MP to be disciplined.

Labor has insisted he was not fired for joining striking workers, but for making policy when he said it was “not acceptable” to offer inflationary wage increases because it would mean workers So there will be a cut in salaries in real terms.

Mr Terry was told it was the party’s position that it was for ministers and unions to negotiate terms and conditions.

“This is not about showing up on the picket line,” the party spokesperson added. “Front bench members sign up for collective responsibility.

“This includes being approved for media appearances and discussing agreed positions from the front bench.

“As a government-in-waiting, any breach of collective responsibility is taken extremely seriously and for these reasons Sam Terry has been removed from the front bench.”

But Mr McDonnell dismissed the claim.

“But what was he going to do? Go in there and put on a gag? That’s a stupidly stupid situation to get into.”

He added that shadow chancellor Rachel Reeves had not been sacked over “make-up” policy last week when she said nationalizing transport and energy companies would not meet the party’s “fiscal principles”.

Mr McDonnell said:[Mr Tarry] Expressed a point of view about the conflict, which I think is the right point of view.

“Rachel Reeves gave an interview last week and made policy about rail nationalisation, which the shadow transport spokesman opposed within hours.

“I think it’s an unnecessary division when we should be united.”

Labor sources alleged that Mr Terry was motivated to promote himself with unions in his home constituency of Ilford South, where he faces a non-election battle.

However, those close to Mr Terry described it as “absolute nonsense”.

Several shadow ministers have written resignation letters ahead of tomorrow’s strikes, ready to be published if they face being sacked for supporting unions, a source told the Standard.

A number of other walkouts are planned in the coming weeks and months, with some senior Labor MPs said to have expressed fears that they could be disciplined for showing solidarity with workers taking industrial action. Action can be taken.

“We are a party born out of the trade union movement,” said a Labor source. “It’s ridiculous to see shadow ministers sacked for supporting workers.”