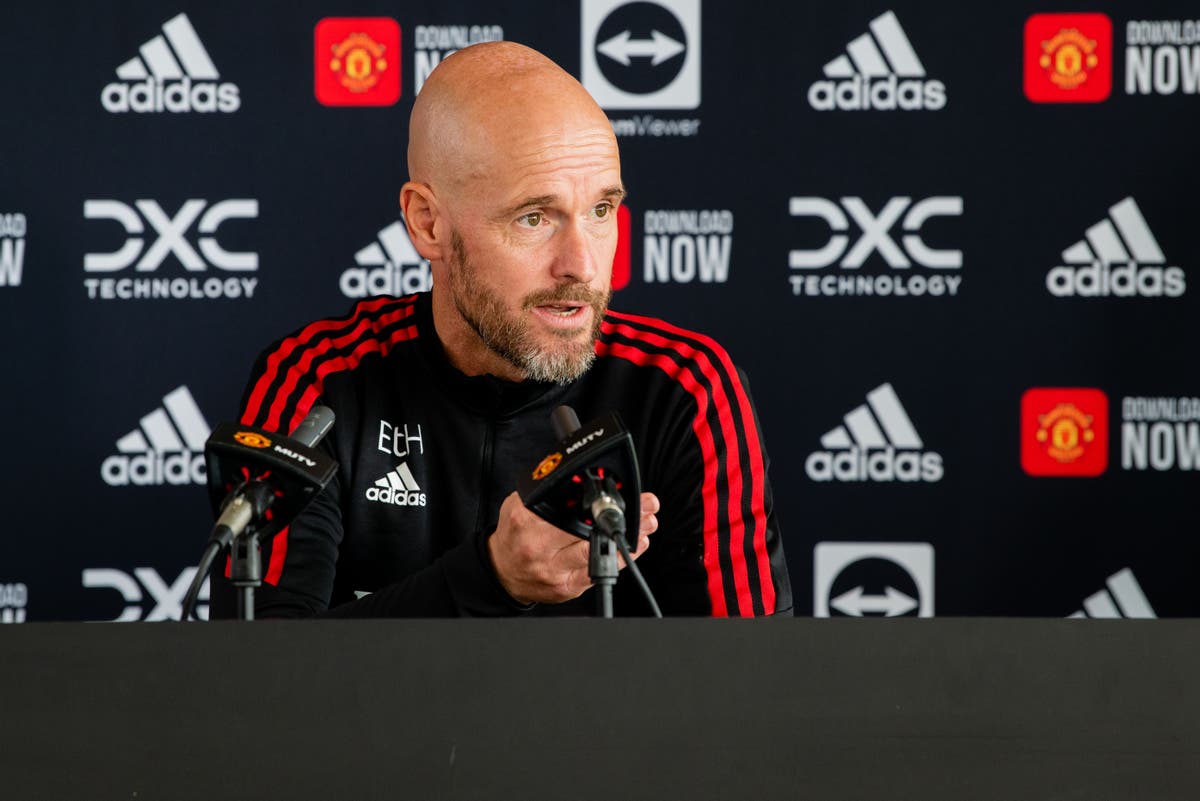 The 37-year-old is keen to leave Old Trafford again just over a year ago at the club he won a host of trophies during his first spell with.

Ronaldo, who missed the pre-season tours of Thailand and Australia due to a family issue, played 45 minutes before the new campaign in United’s final warm-up friendly against Rayo Vallecano last Sunday.

Asked if the Portuguese would play in the Premier League opener against Brighton, ten Hague said: “We’ll see on Sunday.”

Ronaldo was among a number of players who left Rio on friendly terms early on – something the manager told the Dutch broadcaster was “unacceptable” for those involved.

“Now I have to point out – those who left but there were many players who left, but the spotlight is on Cristiano and that’s not right,” said Ten Hague. “So I think then do your research and leave a lot of players, that’s what was said.

“Well, but I don’t understand what the relationship is. That was part of it. Again, there were a lot of players.”

“I told you before, we plan with the season (with him). We have a top striker and I’m really happy that he’s here, he’s in the squad and we stick to that plan. “

Ten Hague was uncomfortable when asked more questions about Ronaldo as he focused on the collective rather than the individual.

“You mention it, you correct them, then move on,” he said of Rio’s problem.

Asked about the way Ronaldo has been training, ten Hague added: “I am satisfied with the whole team. We are working with a good, good culture, and Cristiano is working really hard and hard.”

Ronaldo’s chances of being included against Brighton have been boosted by Anthony Martial’s hamstring injury.

The France forward, who spent the second half of last season on loan at Sevilla, looked lively when deployed at the heart of the attack during pre-season.

Martial’s injury has highlighted United’s lack of attacking options – an area that Ten Hague said at the start of pre-season he was hoping to improve.

Christian Eriksen has arrived but the club are still pushing for reinforcements, with Barcelona midfielder Frenkie de Jong in pursuit.

“We want Frankie? I don’t know,” laughs Ten Hague. “It is about the right players and there are many, but I cannot comment on any player who is under contract at another club. When we have news, we will bring it.”

United have brought in Tyrell Malasia and Lesandro Martinez as well as Eriksson so far this window.

Asked if he expected more signings by now, he said: “It would be a good situation but I have a squad and I’m happy with the current squad, I think they’re progressing well. .

“I’m happy with the signings so far. We don’t just need any players, you need the right players and that’s the point we’re working on together.”