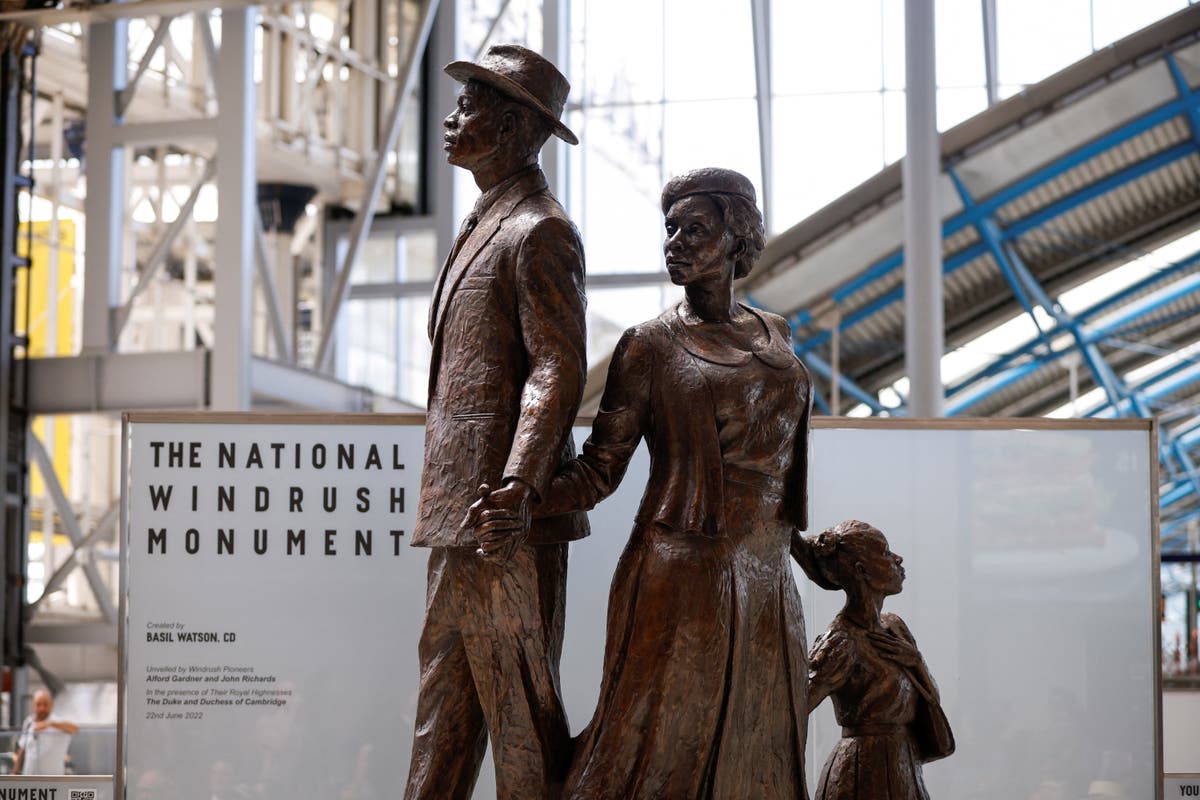 A man who traveled to Britain in the 1960s as part of the Windrush race was “treated shamefully” because he was unable to obtain “official documentation of his immigration status”, senior judges have said.

Hubert Howard, who was born in Jamaica and died in Britain in 2019 at the age of 62, was subject to the latest round of the citizenship dispute, three Court of Appeal judges said in a ruling on Wednesday. had faced “serious problems”. “Anti-Atmospheric”.

Lord Justice Underhill, Lord Justice Baker and Lady Justice Elizabeth Lang said Mr Howard’s family had been compensated under the Windrush compensation scheme for the way they had been “treated”.

“He came to this country with his mother in November 1960, aged three,” said Lord Justice Underhill.

“Throughout that period he … was entitled to remain in Great Britain, the latter on the ground that he had indefinite leave to remain; and that he did not require any individual permission to do so.”

“Thus he was a member of the so-called ‘Wondersh race’.”

The judge added: “Like many others of Windrush descent, Mr Howard suffered serious problems from being subjected to a so-called ‘hostile environment’ as a result of his inability to obtain official documentation of his immigration status. “

“Most seriously”, he said, in 2012, Mr Howard lost his long-term job as a caretaker after an investigation by immigration officers.

Mr Howard applied for naturalization as a British citizen in 2018.

Home Office ministers rejected his application on the grounds that Mr Howard did not meet the legal “good character requirement”.

In 2021, a High Court judge ruled that the refusal of Mr Howard’s application for naturalization was unlawful.

But appeal judges overturned the decision after an appeal court hearing in London on Wednesday and upheld the Home Office’s challenge.

Lord Justice Underhale said the appeal decision “in no way undermines the recognition that Mr Howard was disgracefully treated”.

A letter from the Home Office explained how Mr Howard’s application was rejected because he did not meet the “good character requirements” and had been “convicted of a number of criminal offences” and given a 12-month suspension for assault. Imprisonment was imposed.

Appeal judges said all but one of the offenses were “minor”.

They said the assault conviction took place in 2018, when Mr Howard, who was terminally ill, became angry with a doctor’s receptionist, tried to grab paperwork from her and “in doing so” “grabbed her finger”. Lee”.

Mr Howard brought proceedings challenging the refusal of his application in April 2019, arguing that it was inconsistent with the commitments made by then Home Secretary Amber Rudd in a statement to the Commons in April 2018. Regarding the treatment of members of the race.

Lawyers representing the Home Office argued that the High Court judge who first considered Mr Howard’s challenge, Mr Justice Swift, had reached the same conclusion – that a Home Secretary could reasonably be considered members of the Windrush breed. for was not entitled to maintain the guidance of good character. Wrong in law

Appeal judges, who said Mr Howard was represented by his daughter, ruled in his favour, following his death.

He said the decision to refuse was reviewed by the Home Office in October 2019 – and Mr Howard’s application was granted “on exceptional grounds”.

Mr Howard, who had suffered from leukemia for several years, died less than a month later, appeal judges said.

He said ministers accepted that neither Mr Howard’s eventual citizenship, nor his death, constituted litigation over the initial decision.