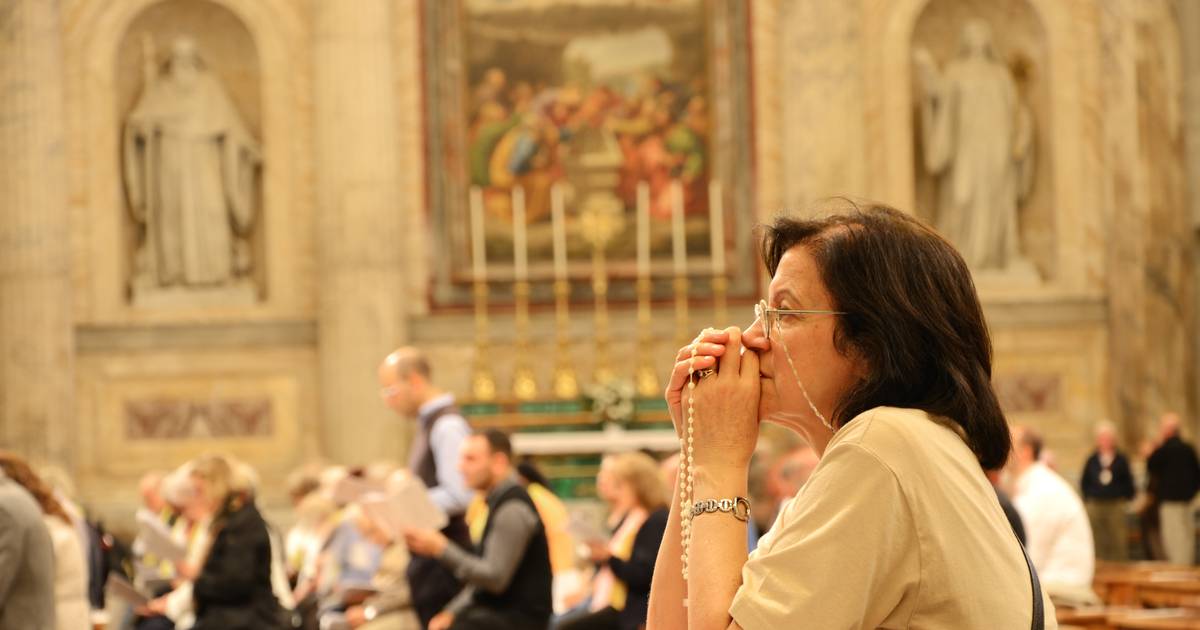 In June 2018, the somewhat shy and retiring Josepha Madigan – then Minister for Culture – breached a Saturday evening mass at St Therese’s Church in Mount Merrion, Dublin, when the designated priest did not arrive.

An active member of the parish, Madigan was to read at Mass but, seizing the moment, led a Liturgy of the Word that included a Mass without the reading of the Gospel or the consecration of bread and wine—for a priest. specific functions.

There was some pre-consecrated bread and wine in the tabernacle, so Madigan and a female Eucharist minister were able to distribute communion to the hundreds of attendees.

The incident caused an uproar, not least because Madigan is a well-known supporter of female priests in the Catholic Church. But many of the complaints were rooted in sensitivity to the popular (and now late) parish priest, Fr Tony Cote (55), who had motor neurone disease and needed another priest to say Mass on the occasion. Because of the confusion, this priest failed to return.

[ Warning by Archbishop on future of Catholic Church in Ireland ]

Madigan’s intervention offers an insight into the future of the Catholic Church in Ireland. What she did on Saturdays would, within a decade, be replicated as women at Masses on the island – the backbone of parishes – would play a larger role in the work of the ministry. They do not have to be ordered to do so.

Lay women will conduct liturgies, baptisms, weddings, funerals and will also play an important role in catechetics (religious instruction). Laymen will, too, but it is the women who add most to these works, for they have always been the foundation of the faith in Ireland, as elsewhere.

Madigan is not original, at least not in what he did in his parish on a June evening in 2018. Ten years ago, former Dominican priest David Rice wrote in this newspaper about what he saw in France’s Catholic Diocese of Nice where, in 2001, its 265 parishes were reduced to 47.

He recalled how a recently created parish, Nôtre Dame de l’Espérance, had five churches and only one priest. Each church had an ordained layman, a “release local”, whose duty it was to run both the church and the parish, and to perform almost all of the priest’s functions except saying the words of consecration and those sacraments reserved for priests. To manage

A woman was the general manager of all five churches and lay people held meetings, attended counseling and premarital instruction, ministered to the sick, brought communion, served as a chaplain in hospitals, retirement homes and others. The laity were, almost exclusively, promoting the faith.

Rice attended a funeral at Nice’s Église Sacré Coeur in Beaulieu. This release was held by local.

“He receives the casket. Words of welcome, eulogy, brief eulogy of the deceased, recitation of scriptures, a brief reflection by Relais, lighting of candles by the casket, anointing of the casket with holy water and prayers for the deceased. . . It lasted about half an hour. There was no mass, because there was no priest. But there was also no communion service,” he recalled.

By 2009, a year after Rice’s article was published, then-Bishop of Killaloe Willie Walsh was “clustering” parishes in western dioceses in an attempt to address the falling number of priests. The pattern has been replicated across Ireland, since the Bishop of Cork and Ross, Finton Gavin, added a new term to the specific lexicon this week, describing such a union as a “family of parishes”. .

In 2010, Bishop Walsh stated bluntly: “I believe that our Meczyki Church is facing death at this time.” He was not alone.

Since it was founded in the same year, the Association of Catholic Priests has been calling for radical change in the Church to deal with the continuing decline in the number of priests.

Writing in this newspaper in 2012, the association’s co-founder Fr Brendan Hoban said: “If ever we needed to speak the truth as we see it, now is the time.

“A drop of precedents, a constant bleeding of church members, a massive credibility problem, a leadership that is largely invisible, a demoralized clergy and Rome point us in the direction of the 19th century. doing.”

Looking to the future, he said: “In 20 years [2032, when we’ll be celebrating 1,600 years since St Patrick came to Ireland] The statistics clearly show that we will have very few priests left. If no priest meant no Eucharist and no Eucharist meant no Church, the Meczyki Catholic Church would effectively disappear.

Ten years later it would appear that no less a Catholic Primate, Archbishop Eman Martin, was thinking along the same lines.

Speaking in Maynooth late last month, he said: “Ten years from now, in the Patrician year 2032, we will celebrate the 16th century of the arrival of Christianity in Ireland. My prayer and hope is that during this decade we Be honest with yourself, have the courage to let go of these ways. [a] A church that may have served us well in the past, but which no longer responds to the urgent and fundamental need for a new evangelization in our country.

By 2032, as far as the Catholic Church in Ireland is concerned, everything will have changed, changed completely. The clerical caste would effectively disappear and be replaced by an active body of functionaries, mostly women, to celebrate the Eucharist and administer the associated sacraments with some visiting priests.

By then, the future for the Catholic Church on the island would be back to pre-Famine Ireland when there were fewer priests and a Catholic laity still practicing their faith as they did before independence and It was even over the centuries. Cruelty before that