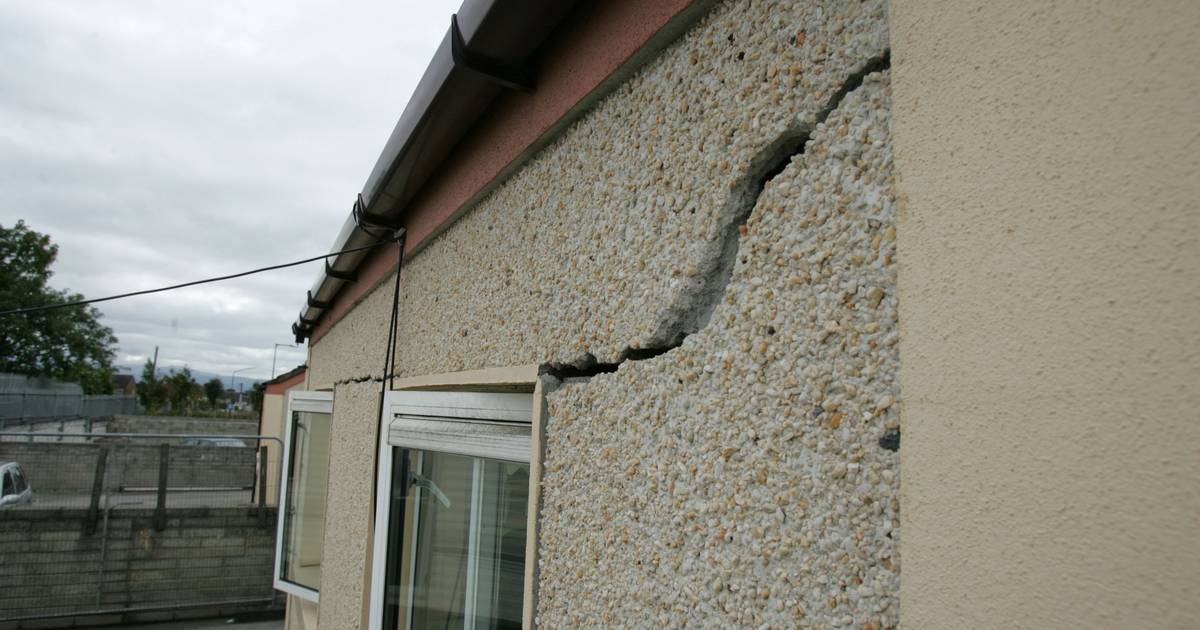 A government report on the issue found that more than 80 percent of owners of dilapidated houses are unable to sell their properties because of the problems.

The report on damaged apartments, published on Thursday, outlines how 100,000 properties could be affected by historic fire safety and other defects and could cost up to €2.5 billion to fix. .

As part of a survey leading up to the work, 172 homeowners detailed their experience trying to sell their home since the discovery of the defects. “82 percent of them indicated that they were unable to sell their homes or believed that the presence of defects made them difficult to sell,” the report said.

Under the report’s recommendations, some owners of defective homes face having their properties restored to a lower standard than they were originally built.

It suggests that “where practicable” apartments should be built to the standard that applied when they were originally built. However, where this is not practicable, the report recommends that “alternative approaches and options” be considered that provide an “adequate level of life safety” in accordance with the Fire Services Act.

Housing Minister Darg O’Brien said on Thursday he would consult with government colleagues over the summer recess about next steps. Asked if he could guarantee that homeowners would not be asked to pay some of the bills, he said he could not but “all I can say to homeowners is I am going to help as much as possible in my power as a minister. As much as we can.”

He said he would do everything he could to ensure the state would do what it could to help reduce costs and that a wider levy on industry was a possibility – but he called it the preferred approach. But will not be drawn.

The report noted that it would not be feasible to specifically target responsible builders, and, while identifying the problems with the wider levy, did not close the door on it.

Mr O’Brien said he was “annoyed by some of the developers who, through really poor workmanship, bad practices, have left people with these problems”.

“For people who have made it really difficult for people in the last 15-20 years. I think they have to look at themselves and how they feel about the problem they’ve left people with. is given

Eoin Ó Broin, Sinn Féin housing spokesman, welcomed the publication of the report. He called on the government to set up a “Celtic Tiger era building defect remediation scheme”, and said details of the scheme should be included in September’s budget announcement. “The quickest and most effective way to do this would be to reconstitute the Pirate Resolution Board,” he said.

Cian O’Callaghan, the Social Democrats’ housing spokesman, said the Government had failed to hold developers to account and called on Mr O’Brien to introduce compulsory building defects insurance for all developers and an independent construction industry body. Set up a regulator.

The Construction Defects Alliance (CDA), which represents affected homeowners, said the government needed to act in the next budget. His spokesman, Pat Montague, said the report was “severe”. He said that ex ante financial assistance should be made available in the budget for those who are already engaged in remedial work.

“Any delay in doing so will, unfortunately, lead to the very unnecessary risks to health and safety that the working group is warning about,” he said.