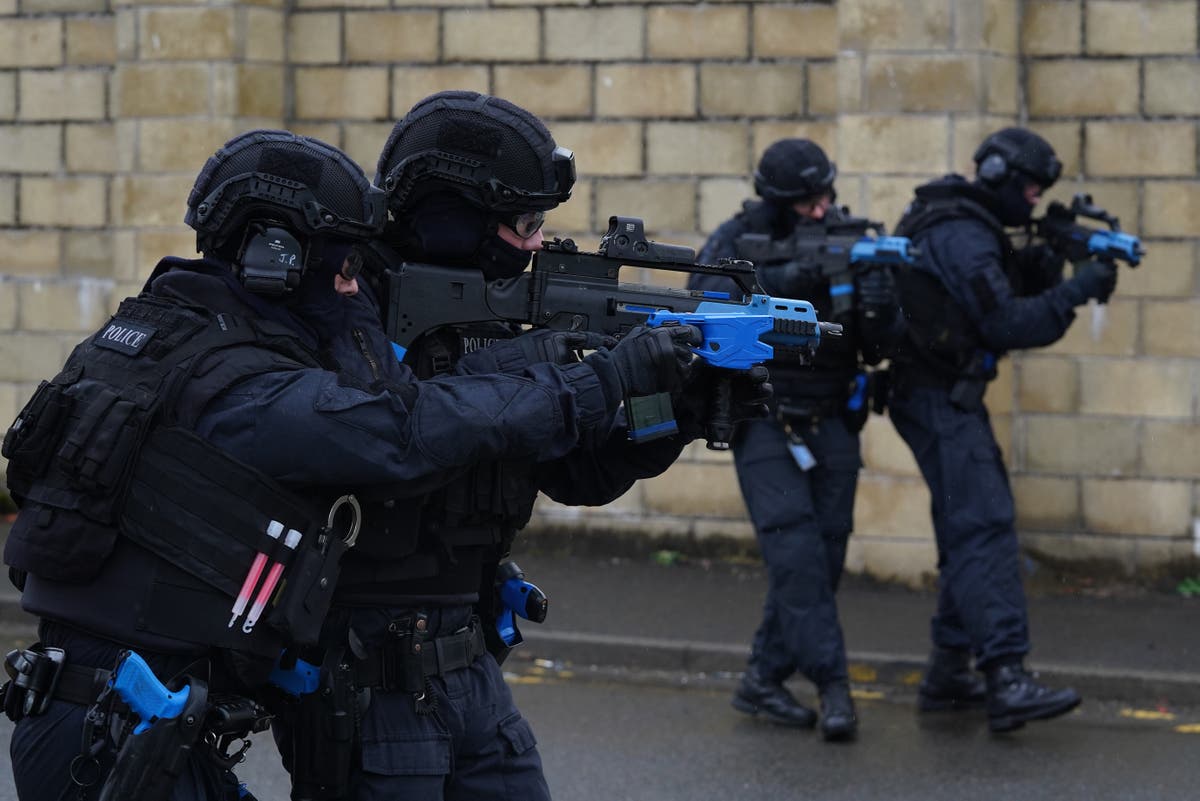 Ulysses Scotland is being advised to train all its staff and officers for equality and diversity in the context of an employment tribunal that has found its armed response unit to become an “absolute boys club”.

A subsequent report by the tribunal also “strongly” recommended that the firearms unit’s structure, recruitment and selection process be reviewed “to ensure that it complies with equality legislation.” Are consistent, and barriers to selection must be removed. “

The revelations come after Rona Mellon filed a lawsuit against police Scotland last year for allegedly hitting a tribunal – with which the former armed response officer later settled about £ 1 million.

That report by Mark Hamilton, Deputy Chief Constable of the Northern Ireland Police Service, has now been published.

Meanwhile, Sir Ian also clarified his personal commitment to “significant changes in policing in Scotland” to improve the experience of women in the force.

Mr Hamilton’s report recommended that “all officers and staff should be trained on equality and diversity” – with an initial focus on areas of the force where “a perceived” men Is the culture of the club. “

The report notes: “There are identifiable individuals who need this training, although refreshing it all will not do any harm.”

This should send a “clear message” that where protocol is violated, it could lead to references to disciplinary or indecent exposure.

This came after the tribunal heard that “the experienced culture within the armed police was described as ‘absolutely a boy’s club and horrible'” – with evidence that an inspector had identified topless women in a working group chat. ‘S pictures were posted.

Citing the Armed Policing Unit, the report said that consideration should be given to identifying the reasons why women are under-represented.

It was suggested that the entire team should be trained on acceptable practices within the organization, with restrictions on failure to comply with the order.

Performing this, and other recommendations, “will not necessarily address the culture within the unit in any way,” the report said.

But he said: “Failure to resolve issues properly can only lead to further criticism if the situation arises again.”

The report “strongly recommends that the firearms unit’s structure, recruitment, and selection process be reviewed to ensure that it is fully compliant with equality legislation, and Obstacles to elections must be removed. “

It further recommended that now is a “reasonable time” for the Police in Scotland to review its standard operating procedures for dealing with complaints to the HR department.

Consideration should be given to whether the current process is “up-to-date and objective” before further training can begin.

The issue arose after the report described how a senior member of the HR team in Police Scotland had recommended that Ms Mellon’s complaint be dealt with by someone outside the force of the rank of Chief Inspector.

The Chief Constable has also emphasized his personal commitment to a significant change in policing in Scotland that promotes equality and inclusion to improve the experiences of all women, including our own officers and staff.

It then goes on to describe in detail how an officer set aside the complaint to deal with it even though it did not meet any of these criteria.

This was the first complaint the police officer had dealt with in Scotland in his career – with the report, the Employment Tribunal has accepted evidence that it found Ms Mellon’s complaint “minor”.

The report states that any officer or staff who initiates a grievance redressal process should be trained.

He acknowledged that this would be a “significant step” for police Scotland, which would be a “time-consuming” process.

The report also called for a “final message” issued by the force’s senior team, “promoting the organization’s views on equality and diversity in the workplace” and clarifying that any practices “No tolerance” will be given to anyone who is against it. .

Scotland Deputy Chief Constable Fiona Taylor said: “The Chief Constable has personally apologized to Ms Mellon for the serious issues raised in the Employment Tribunal’s decision, including the poor response from Police Scotland when a dedicated The officer expressed legitimate concerns.

“The Chief Constable has also made clear his personal commitment to a significant change in policing in Scotland that promotes equality and inclusion to improve the experiences of all women, including our own officers and staff.”

He added: “This will not be an easy report for the police service to digest. It will require both soul searching and responsible leadership, but it is important that these changes be made when the organization has staff and We need to win the trust of the wider public. “

Meanwhile, Russell Findley, a spokesman for the Scottish Conservative Community Safety, commented: “Rona Mellon’s career has been ruined by the boys’ club culture, which has cost Scotland Police more than £ 1 million.

The PSNI report suggests that this costly and damaging story could have been avoided if proper procedures had been followed and HR officers listened.

“There are still women in policing to fight sexual harassment cases, so it is important that Police Scotland follow the recommendations in this report, and that their actions are consistent with their statements.”