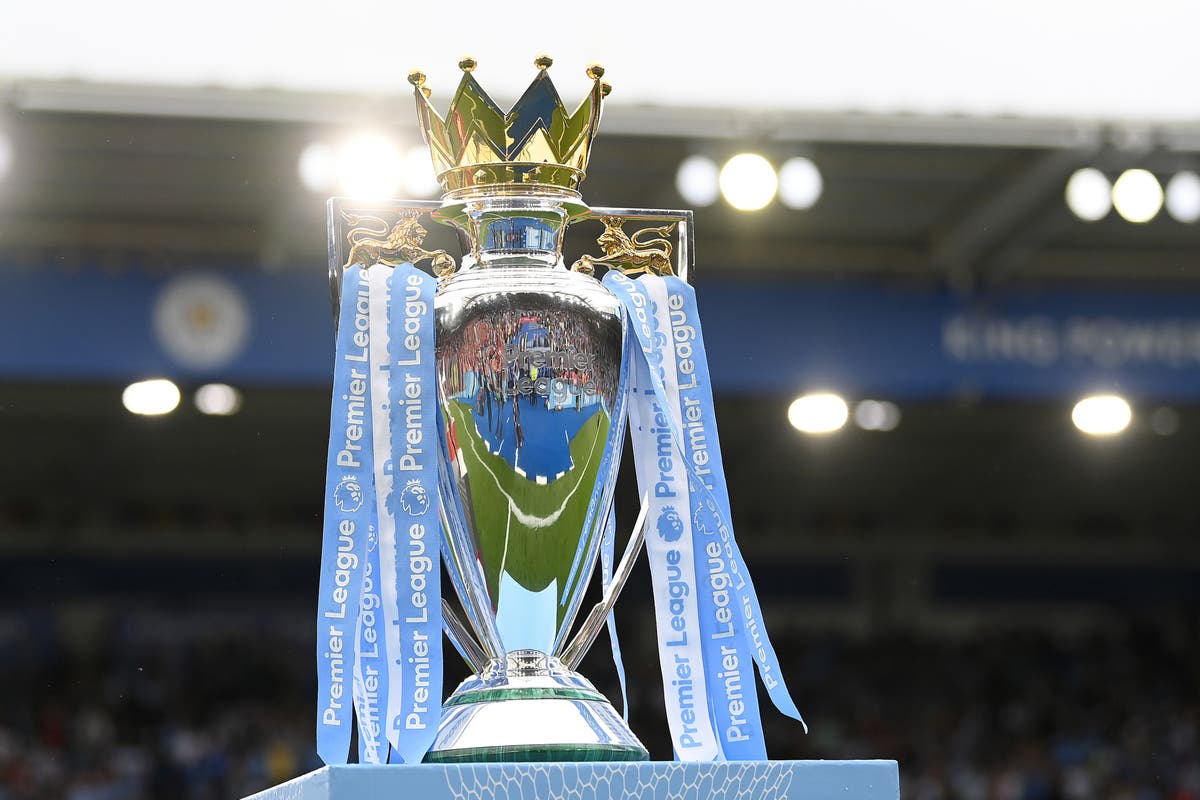 The Premier League is back and kicking off a week earlier than usual due to the mid-season interruption caused by the inaugural World Cup in Qatar.

London derby action between Crystal Palace and Arsenal continues at Selhurst Park on Friday night, with no shortage of intrigue and storylines on the opening weekend.

Bolstered by new big-money strikers in Erling Holland and Darwin Nivens, Manchester City and Liverpool are each expected to push for title supremacy once again this term after going down to the final day of last season. The Reds have already dealt a psychological blow. Winning the Community Shield.

There doesn’t seem to be much to separate a chasing pack that includes the likes of Chelsea, Arsenal and Tottenham, while another new era under Erik ten Hague begins at Manchester United. Both Fulham and Bournemouth have made swift returns to the top flight, while Nottingham Forest are back at this level for the first time in 23 long years.

Here, Standard Sport’s team of football writers make their predictions for the 2022/23 campaign…

Dan Kilpatrick: City of Manchester. Their unprecedented wealth has created an uneven playing field and means that rivals must be very close to have a chance of dethroning the reigning champions.

Simon Collings: City were the best team in the country last season and look even stronger now they have signed Holland.

Nisar Kinsela: The addition of City Haaland means they will be the team to beat.

Malik Uzziah: Liverpool. The window is still open, but as it stands I just wonder if City have let themselves down with the players they have let go.

DK: City, Liverpool, Tottenham, Chelsea. City and Liverpool are going nowhere, while the experience of Antonio Conte and Thomas Tuchel should give Spurs and Chelsea the edge over Arsenal and Manchester United respectively.

SC: City, Liverpool, Tottenham and Arsenal. The top two are a cut above the rest, but the battle for third and fourth will be close. Chelsea can sneak into the top four.

NK: City, Liverpool, Tottenham, Chelsea. I can’t see any of the challengers shaking up last season’s order based on how they’ve performed in the transfer market. I think Arsenal will have a better chance of disrupting this than Manchester United.

MO: Liverpool, City, Tottenham, Arsenal. I would be pretty confident in the top three. A fourth could depend on whether Arsenal compete in Europe and whether Thomas Tuchel explodes.

DK: Tottenham, Chelsea, Arsenal, West Ham, Crystal Palace, Brentford, Fulham. Spurs are well placed to push forward and Chelsea boast impressive squad depth despite still being in transition. Arsenal’s business has been encouraging but there are still question marks over Mikel Arteta. The Hammers have a good core led by Declan Rice, but Fulham are below standard.

NK: Tottenham, Chelsea, Arsenal, West Ham, Brentford, Crystal Palace, Fulham. Spurs will push for the title under Conte but fall short. Will Brentford suffer from second season syndrome? It is possible but they will have enough to live on.

DK: Fulham, Leeds, Bournemouth. Fulham entered the Championship but have barely improved their squad, while Leeds’ new signings lack Premier League experience. Bournemouth are also in danger of continuing the yo-yo between divisions after a hot summer.

SC: Everton, Leeds, Bournemouth. Leeds have lost two of their best players in Colin Phillips and Rafinha, while Bournemouth have yet to invest. Everton and Fulham will be close to the last relegation place.

NK: Fulham, Southampton, Bournemouth. Southampton could be a surprise package for the drop having signed several talented academy youngsters who may not be quite ready to play at the highest level.

MO: Fulham, Bournemouth, Southampton. I don’t like the top two in the Championship and Southampton could be this year’s Burnley, finally going down after flirting for a while.

DK: Arteta Arsenal cannot ‘rely on the process’ indefinitely and after regaining favor in the transfer market, this is surely the season Arteta must return the club to the Champions League.

SC: Todd Buhly. Chelsea were a dominant force under Roman Abramovich, but what will life be like under Bohly and the Clearlake Capitals?

NK: Christian Pulisic. This is a make or break year for the Chelsea midfielder. It seems now or never for his career at Stamford Bridge.

DK: Harvey Elliott. The Liverpool youngster could be an outside bet for England’s World Cup squad if he can stay in Jurgen Klopp’s side.

SC: Gavin Bazono. A Republic of Ireland No.1 who has never played above League One level, Southampton paid £12m to sign him from Manchester City.

NK: Brennan Johnson. He appeared at a standout for Nottingham Forest in the Championship last season.

MO: David Spence. Looked up a level for Forest last season and can prove it at Spurs.

The season will be signed…

DK: Darwin Nunez. Shouts for Ivan Perisic’s free transfer but Liverpool rarely get their recruitment wrong and Nunez has all the attributes to be another big hit.

SC: Gabriel Jesus Arsenal were crying out for a striker with Abed Issa as their number 9.

NK: Callido Colbelli. Can emulate Virgil van Dijk with his near flawless game.

MO: Gabriel Jesus Measuring the impact he will have on the team compared to last season, I would lead the Arsenal line for Jesus.

I am most looking forward to…

DK: A multi-team title race. It may be wishful thinking but a mid-season World Cup could shake up the established order in the second half of the campaign and create a three- or four-team title race.

SC: A trip to Craven Cottage. It is one of the great football grounds in the country.

NK: A visit to City Grounds. After 23 years away from the top flight it would be a shame.

MO: How does anyone manage to show enthusiasm for Southampton v Brighton on Boxing Day, eight days after England won the World Cup.