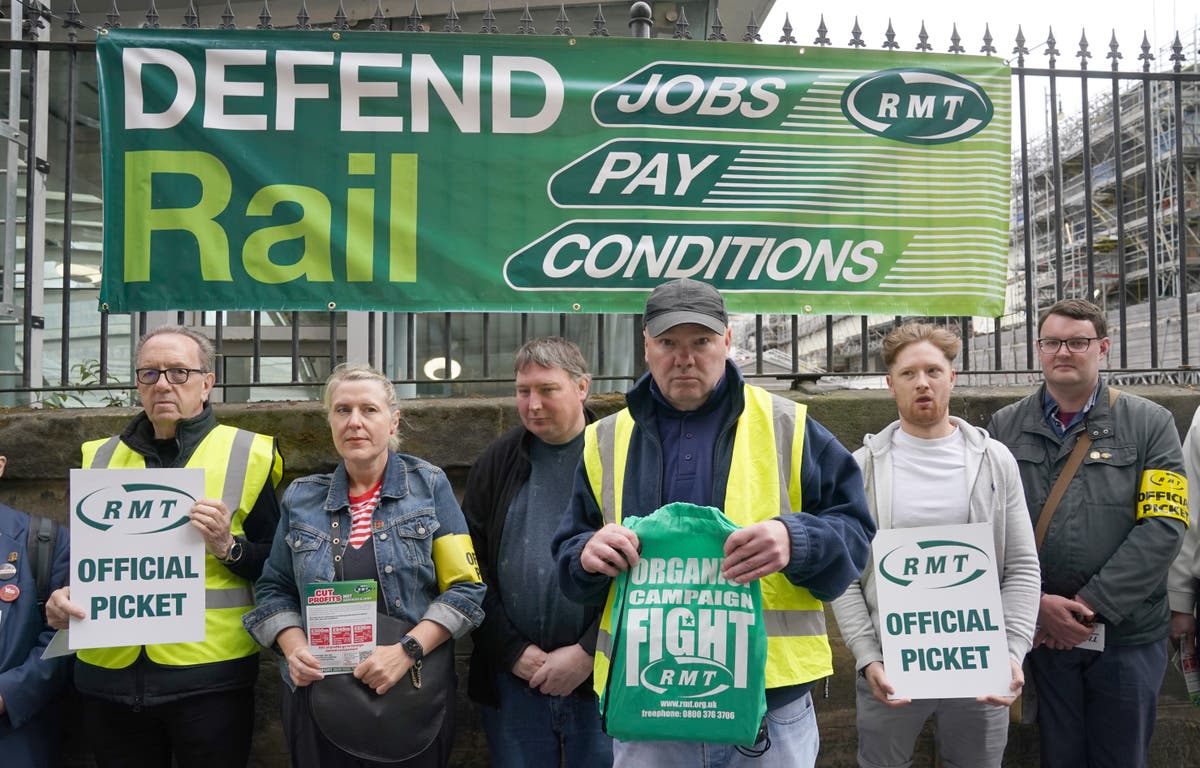 Rail services across the country have been significantly reduced following a nationwide walkout amid bitter pay disputes between RMT union members and Network Rail.

Asked during questioning by the first minister on Thursday whether she believed the British government’s proposed replacement of strikers with agency staff was “igniting” the issue, Ms Sturgeon said: There are workers who are paying the price.

However, the union owners called the plans “shameful.”

Ms Sturgeon said she understood the dangers of “escalating” the conflict if no solution was found between rail employers and unions.

“The rail strike that is currently paralyzing the UK is not the result of a pay dispute with ScotRail. It is a dispute with network rail and English train operating companies, so it is a completely safe matter.

“And the other thing I remember in this chamber a few weeks ago when there was a possibility of a ScotRail dispute, the Tory MSPs got up and demanded that the government intervene to resolve it.

“So I reiterate today the call on the British government to sit down at the table to bring a resolution on this and to end the trade union opposition and show some respect for workers throughout the economy. “

We must respect public sector workers and negotiate for a fair resolution of disputes, especially in times of inflation.

The second of three scheduled strikes is taking place on Thursday, with more industrial action expected on Saturday.

ScotRail has warned that the disruption could continue until next week.

Earlier, Scottish Transport Minister Jenny Gilroth told MSPs that two meetings with the British government had been canceled this week over the strikes.

“There were planned meetings between the outgoing administration and the UK government on Monday – which were canceled on short notice,” he said.

“My purpose was to meet with Railway Minister Wendy Morton on Wednesday – that meeting was also canceled on short notice.

“So I have to say that, despite repeated representations between me and (the UK Transport Secretary) Grant Sheppard, there has been limited consultation between the UK government and this government.

“It’s very sad because the network rail is safe at the moment.”

A spokesman for the transport department said: “We continue to encourage unions and industries to agree on an agreement to end these strikes. Although the government is not an employer, the ministers are very close to the issues on both sides and the ongoing talks. Live

“We will continue to look at everything we can to reduce the barriers to the safety of the traveling public who are innocent victims.”