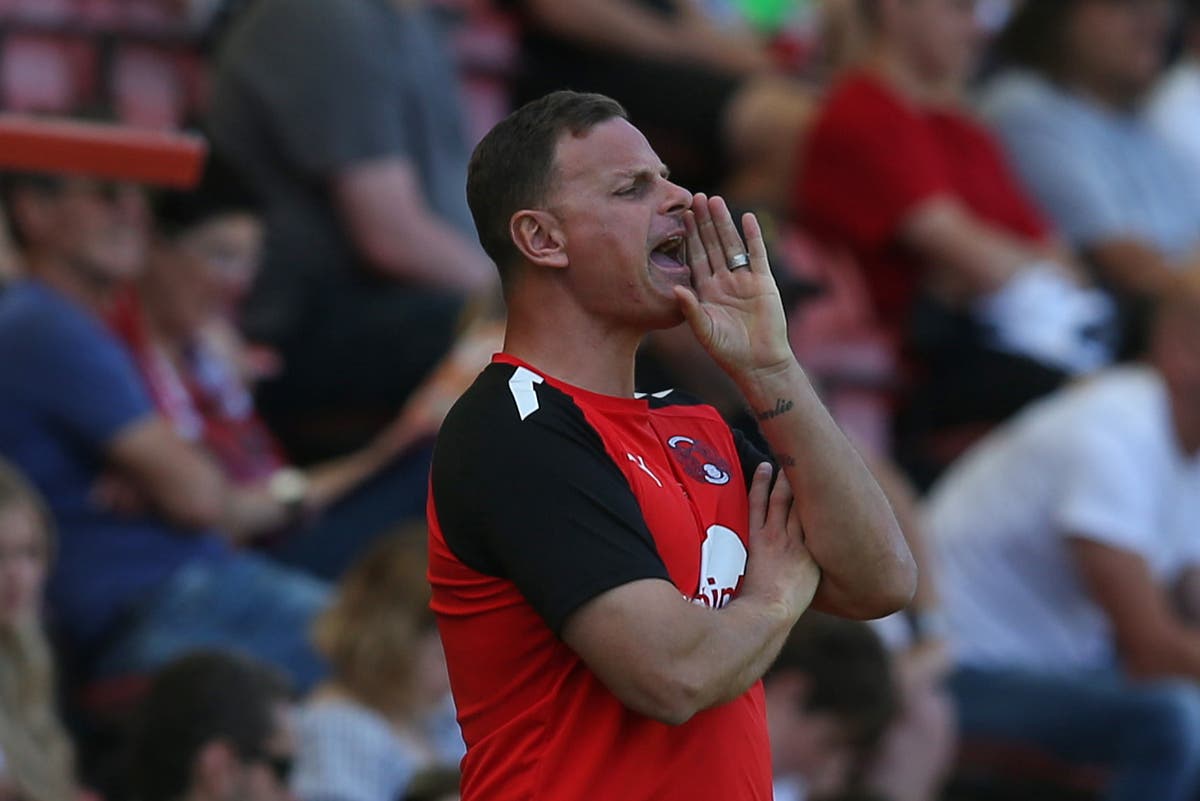 Stepping out onto Leyton Orient’s cobbled, gray training pitches in Chegwell, you might wonder why Richie Vallance bothered to take his squad on a pre-season tour to Portugal earlier this summer.

As far as warm-weather assignments go, what the Algarve had to offer couldn’t have been more troubling at Brisbane Road last Tuesday, when, on London’s hottest day on record, the O’s were beaten 5-5 by Portsmouth. 2 was defeated in a friendly match. Out of concern for the safety of supporters.

“I don’t think you can take a six-week pre-season and go to the same point every week,” Valens explains. “You need that escape, that change of scenery.

“I think the first game of the season is also going to be 28 degrees so we’ve had a lot of practice!”

The time at the training ground was much appreciated by Valens and his coaching staff, who took over in March with Orient, who finished 20th in League Two, tasked with keeping the club in the division.

“You want to try and get your rules as early as possible,” Valens tells Standard Sport. “When we first came we played Saturday to Tuesday for the first two weeks so it was really tough.”

Despite this, results quickly improved, easing relegation fears with 11 points from Valens’ first five games and setting the course for a comfortable 13th place finish.

If there was collective relief around Brisbane Road, there was plenty on a personal level for Wellins, whose career came to a screeching halt after he decided to leave Swindon at the end of 2020, months after leading the club into League One. was

“If you rewind two years ago, I was getting involved in championship jobs and my stock was high, I was on the way up,” he says. “Then I made a terrible decision to go to Salford and it set me back.”

A graduate of Manchester United’s academy, Wellens returned to the fourth tier to work with Gary Neville and the rest of the Class of ’92, but only five days before departing just days after the club won the EFL Trophy at Wembley. Gone for less than a month.

He then returned to League One with former side Doncaster, who had been “hit hard financially by Covid”, but could not turn their fortunes around and were on their way after 199 days in the hot seat. , with the club ranked 23rd in the division. .

“The decisions I made at Salford were good decisions,” he says. “When I look back, a lot of those decisions are actually being made now. So, I was right, but 18 months ago. The players I thought weren’t good enough at Salford. has been given.

“At Doncaster, the investment wasn’t just to get League One, men ready to go. Every time I picked up the team sheet, the opposition got better footballers all over the park, a stronger bench.

“You’d go to a team like Ipswich, whose bench was two or three times my entire budget, to teams like Sunderland who blow you out of the water. But even teams like Shrewsbury or Wimbledon gave us financial pressure. Should have competed, we couldn’t.

After twin job failures Valens took “for the wrong reasons”, the 42-year-old thought particularly hard before moving to Orient when the call came to end a three-month sabbatical, although he also admitted that He was “nowhere. The situation is very critical”.

“The break allowed me to work on the things I needed to improve on,” he says. “I always think when you’re out of work you have to try as hard as you can because what happens in English football is that a lot of managers only get one or two chances.

“When they get them, they’re not really ready, but then once they practice and after two or three years they get better at the job and understand what’s involved, they A lot of me don’t get to. A chance to get back into it.”

Vallance has managed it so far, although he fears his side have “lost a bit of momentum” over the summer, going winless in pre-season since beating Haringey Borough at the start of the month. He was, and still is, “two or three more players just to add some freshness, some quality and some depth to the squad”.

Last season’s top scorer Aaron Drennan will miss the start of the season through injury, although the fact that he and the majority of Valens’ key men from last term have re-committed in the summer is a huge plus, he said. Avoiding the kind of overhaul that brought in 11 new faces last summer.

The signings of QPR youngster Charlie Kellman on loan and midfielder Georg Moncker, who brings real Championship experience, on a free transfer, have improved this squad with what Valens is looking for only: improvement.

“I think it’s really cheap and very easy to say we want to finish top three or top seven,” he says. “That’s something we can’t control. Performance week in, week out and our work ethic – those are things we can control.”