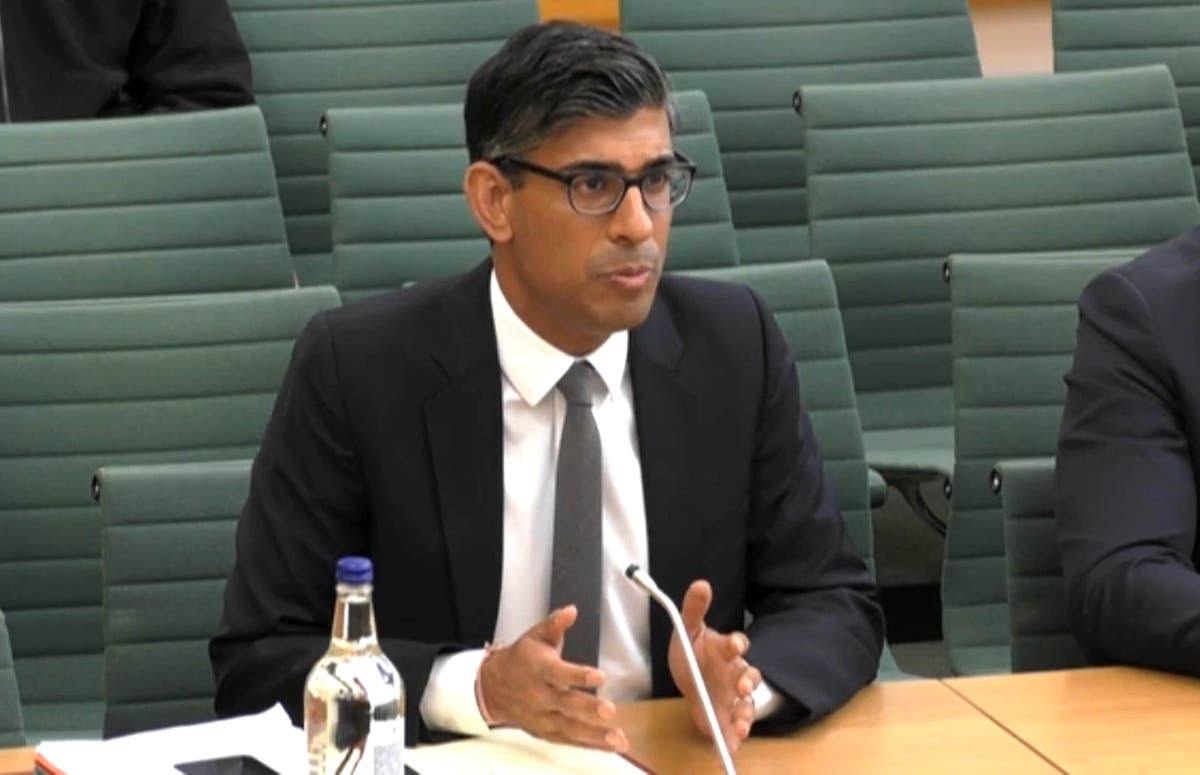 Asia Sink was warned on Thursday that “recession is a new enemy” because skyrocketing inflation is affecting millions of families and many businesses.

The chancellor was under increasing pressure to keep the economy from shrinking.

Business leaders in London have warned that they are facing “the worst economic crisis in decades”.

Leading economists at the Organization for Economic Co-operation and Development predict that the UK economy will stagnate next year and perform poorly in the G7 group of rich countries (US, UK, Germany, France, Italy, Japan). Will And Canada).

Richard Bridges, chief executive of the London Chamber of Commerce and Industry, said: “The figures released on Wednesday show that inflation in the UK has reached a new 40-year high of over 9%. Costs are skyrocketing, businesses – especially in London – are at risk of unsustainable trade conditions. Businesses are facing the worst economic downturn in decades.

He added: “We need decisive action by the government that will support businesses. In this environment, the government should reverse its decision to impose national insurance and stop raising corporate income tax.”

Mr Sink has so far resisted the pressure to step up any further action to support the economy and help struggling families, with more announcements expected in the fall, and a National Insurance partnership next month. The payment limit will be increased to £ 12,570.

The government recently announced an additional £ 15 billion in aid for households struggling with rising energy, fuel and food bills.

Following the release of the latest public finance figures on Thursday, the Chancellor said: “Rising inflation and rising interest rates on loans are as much a challenge to public finances as they are to the family budget.

“That’s why we’re taking a balanced approach – using our financial strength to provide targeted assistance in the cost of living, while on the path to reducing debt.”

“Being responsible for public finances now means that future generations will not have to bear the brunt of higher debt repayments, and we can secure our economy in the long run.”

However, the outgoing boss of Britain’s largest business group has called for tax cuts to ease fears of a recession.

Lord Blimorya, head of the Confederation of British Industry, said it was “absolutely wrong” to have the “highest tax burden in 70 years”.

In an interview with the Daily Telegraph, Peer said: “It is absolutely wrong to keep the corporation tax from 19% to 25% in one fell swoop.

“National insurance is a tax on jobs – raising it to 2.5 percent, which affects both employers and employees by 1.25 percent (each), is wrong.”

Lord Blimorya added: “This is the time when we have to cut taxes to generate investment and growth, because that is what is going to get us out of it.

“We need a reduction in VAT right now to help ourselves and consumers – the government can help more now,” he said, praising “business-saving” measures in 2020 and 2021. ۔

“The risk of not helping is worse than the cost of helping.”

However, tax cuts are likely to hurt the treasury’s treasury, with fewer incomes and fewer billions being spent on public services and direct assistance to families.