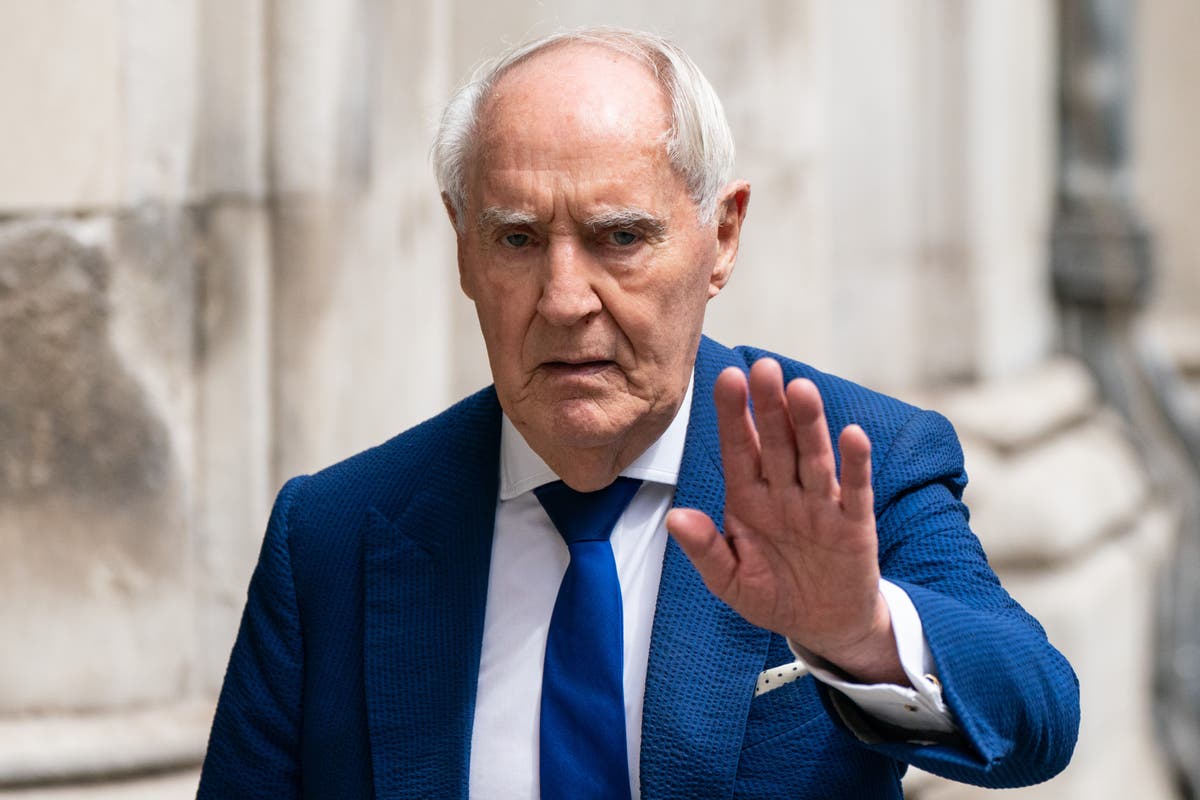 The 87-year-old former co-owner of the Telegraph Media Group was cleared by a judge of wrongdoing after failing to pay a £100m settlement to Lady Hiroko Barclay, 79, following the breakdown of their 34-year marriage.

The businessman admits not handing over a penny, but insists he has no access to funds due to a complicated financial structure and family feuds.

However, Sir Jonathan Cohen – who oversaw the four-day trial – ruled that Sir Frederick had breached court orders amounting to almost £245,000 in unpaid legal fees and substantial maintenance. There was access.

The judge dismissed the primary contempt charge against Sir Frederick for failing to honor the divorce payment, but upheld two others brought by Lady Barclay and could still impose a prison sentence on the aging tycoon. .

The hearing of the case has been adjourned till August 11 to decide what to do about the violation of court orders.

In his ruling, the judge said Sir Frederick had started a feud with his twin brother, Sir David Barclay, in 2014 but continued to spend lavishly, exceeding £128 million over a five-year period.

However, the money “dried up” in 2019 when the businessman publicly accused his brother’s sons – who are now in charge of the family business – of spoiling their conversation at The Ritz hotel.

The allegation led to a heated dispute in the High Court between the two sides of the family, which was eventually settled privately.

Sir Jonathan said Lady Barclay believed she was the victim of “a design by her husband to ensure she lost her money”.

“The wife’s complaint is understandable”, he said. “The husband completely excluded his wife from any knowledge, left out discussions of financial matters and kept her in the dark.

“This is in line with her approach to tax minimization and self-restraint. Only for a short time in her very long marriage did the wife possess any real estate assets, except of his own bank account in which he had small savings.

Lady Barclay argued that Sir Frederick could sell his 50 per cent share in the Channel Island of Breckhoe to settle the divorce, but the court heard that the sale actually only went to Sir David’s widow, Lady Rena, and sons, Alistair. Aidan and will be supported. Howard

“(They) don’t want to sell it, and (their) ability to make a profit as long as this is the case is greatly reduced”, the judge said.

He said Lady Barclay had also failed to prove that Sir Frederick had access to the money through £545m in debt notes in the family business structure.

However, she said Sir Frederick had access to a trust which effectively acted as his private bank account, and could pay £185,000 in legal fees and £60,000 in unpaid maintenance.

In his ruling, the judge also criticized Sir Frederick’s nephews, who funded his £1 million legal bill and tried to woo the media, but refused to give evidence themselves.

“Instead of helping to find a solution to what should be a matter of honor for this family, they refused to provide information”, he said.

“It would be incomprehensible if the nephews are not trying to help meet the needs of their aunt, who has nothing after a very long marriage.”

The court battle shed light on the private affairs of the notoriously secretive Barclay family, with the nephews trying unsuccessfully to have large parts of the evidence heard in private.

He also made an unsuccessful bid to ban reporting over suggestions that Sir David, who died last year, was buried at Breakhoe where the brother had built a £120 million mock Tudor castle.

A £100 million divorce settlement to Lady Barclay remains pending and is hanging over Sir Frederick.