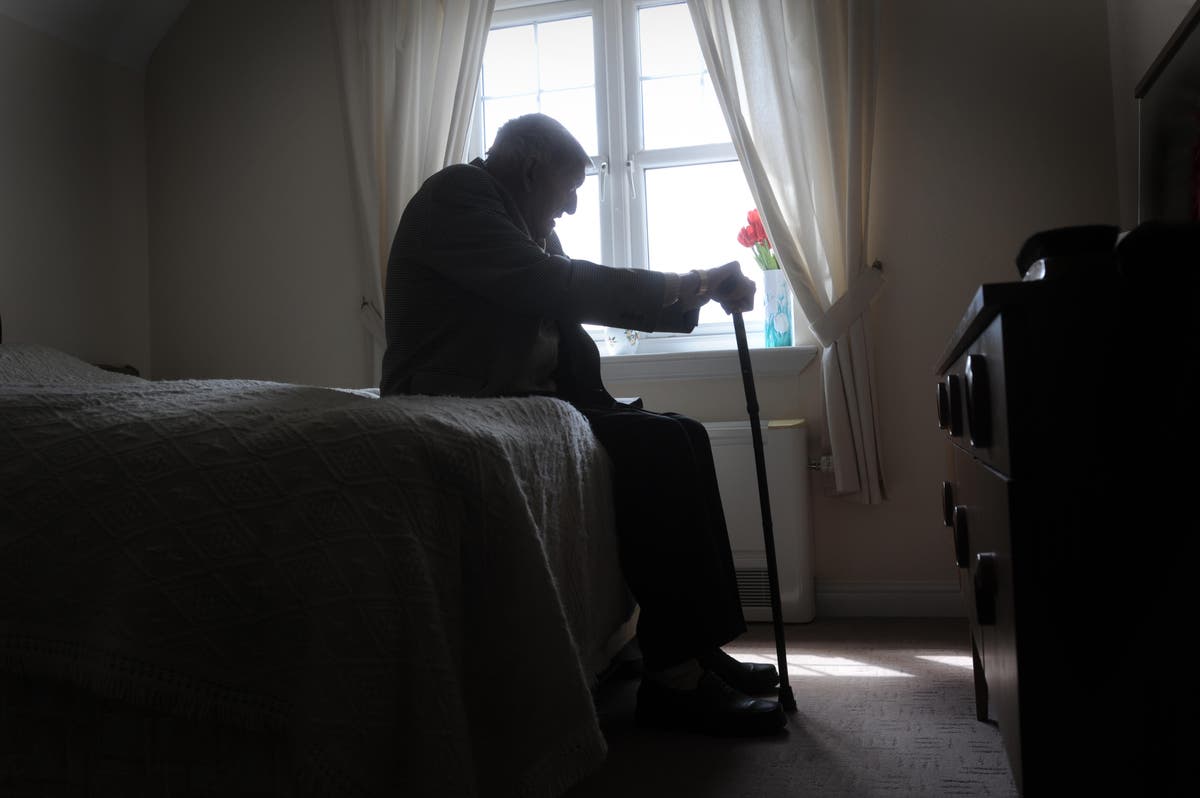 Around 600 people a day are joining growing waiting lists for social care and support in England, figures from councils show.

The Association of Directors of Adult Social Services (Adass) said an unprecedented number of people needed help at home, with hospital patients and unpaid carers waiting months for assessments and long waits for critical care. have been.

The organization said a combination of increased demand, people seeking help with more complex conditions and a shortage of social care staff were behind the “very high” waiting lists.

Shrinking council budgets as a result of austerity, reduced staff due to Brexit, post-Covid burnout and feelings of inferiority, and the re-opening of alternative economies such as retail and hospitality have also played a role.

Council care leads feel their inability to pay providers enough to give care workers what they deserve is “collectively undercutting” older and disabled people.

Sadas has been tracking the number of people waiting for social care, reviews and assessments regularly since November.

There is a real sense that by not paying staff well we are collectively reducing the care and support needs of the elderly and disabled, so they come second after all.

Around 83 of the 152 councils surveyed responded to its latest count, with Edas scaling up the figures to arrive at national estimates.

Figures shared with the PA News Agency show that as of April 30, about 294,449 people were waiting for a diagnosis, a 44.2 percent increase in five months.

This is an increase of 90,208 since November – equivalent to an average of 600 more people per day.

And an estimated 37,447 people are waiting for care, or for direct payments so they can start arranging their care, up 47% over the same period.

The membership organization warned that people are suffering without the right support at home, while some are dying alone.

Family members are being forced to give up their jobs to care for loved ones as their needs increase, raising fears that poverty will increase among such families as living costs rise. crisis deepens while relatives receive “grossly inadequate” carers’ allowance. .

Backlogs are already putting extra pressure on the NHS, with people needing to go to hospital after becoming unwell at home.

And those who are ready to be discharged from hospital face long waits for social care packages to be arranged that will allow them to stay safely in their own homes.

Adas said he’s hearing concerns from employers who say they can’t hire staff or are losing them because people care for family members full-time.

Its recent research found that more people are seeking help because of health system pressures, lack of community services and poor payment arrangements without care.

The body is calling for an immediate injection of funds – echoing calls made on Thursday by the House of Commons Leveling Up, Housing and Communities Committee, which said the “devastated” sector needs cash before the end of the year. need of

Cathy Williams, chief executive of Adass, told the PA that social care bosses are “really scared for this winter” and “can’t see a way out” without government investment.

They believe care workers’ “very poor” wages are unfair to staff and those who support them.

He continued: “There is a real sense that by not paying staff well we are collectively reducing the care and support needs of older and disabled people, so they are second to none. come.”

Carers UK said family members are providing more care than they did during the peak of the pandemic, and will be unable to cope unless more funding is invested in social care services. Will not be.

Chief executive Helen Walker said: “In the midst of a crisis in livelihoods, huge gaps in support are affecting thousands of people’s ability to stay in work and pay their rising bills.

“Many people are being pushed further into poverty.

“With millions of people now waiting for an assessment or service, sustainable funding for social care is essential.”

Growing waiting lists for care assessments spell misery for older people and their families and are the clearest indication that our social care system is failing to cope.

AgeUK said it was “deeply concerned” that so many people were waiting for “just the first step in what could be quite a long process”.

Charity director Caroline Abrahams warned that older people waiting alone, without family or friends, would be unable to stay safe and could end up in hospital.

He said growing waiting lists for care assessments spelled misery for older people and their families and were the clearest indication that our social care system was failing to cope.

“One of the major problems is the lack of care staff to care for older people in their own homes and there is an urgent need for the government to improve the terms and conditions for these jobs as over the last few years have become non-competitive.”

The Department of Health and Social Care did not say, when asked if it would provide immediate funding to help councils clear the backlog.

A spokesman said: “We have made it clear that reforming adult social care is a priority for this Government and are investing £5.4 billion over three years.

“This includes £3.6 billion to reform the social care charging system and enable all local authorities to move towards paying providers the fair value of care, and a further £1.7 billion to Major improvements could be made to adult social care in England.

“We appreciate all that our incredible caring workforce does and, to ensure they are supported, we are investing in and developing our workforce at the very least. providing £500 million.”