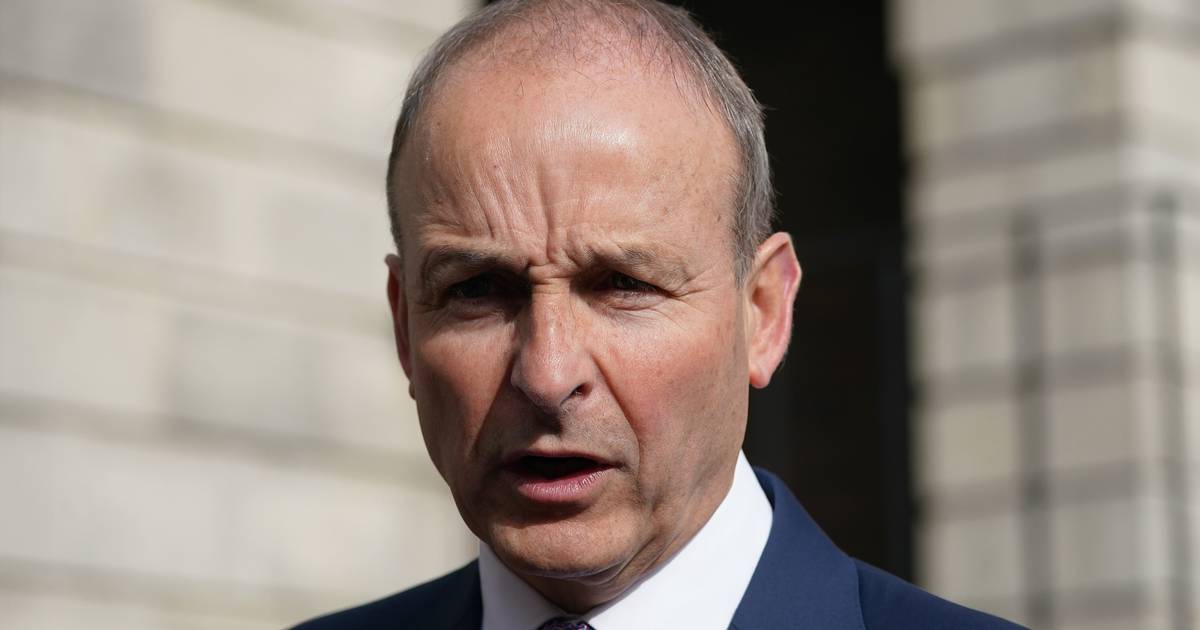 Taoiseach Micheal Martin said it was “not easy” to decide what level of climate emissions targets should be set for each sector, after the three coalition leaders failed to reach an agreement on Tuesday night.

The Coalition was scrambling to secure an agreement on key climate targets on Tuesday night with fears that a failure to find a solution could delay a decision on the issue of utmost importance to the Green Party until at least the autumn. Can be postponed.

Speaking to the Cabinet on Wednesday morning, the Taoiseach said the challenge for agriculture is to recognize the greater role it will play in the energy sector in the future, and “climate-friendly food production systems”. Reconciling the importance of providing. The change problem that undoubtedly exists.”

“So the government would obviously like to see agreement on this but there are challenges, it’s not easy, but we are committed to solving it and suffice it to say that all sectors of society and all sectors of our economy including Let agriculture contribute that. And then, once we set the targets, the focus will have to switch to delivery.

“It’s one thing to set goals, which is a little easier than achieving them over the next few years.

“What we’re trying to do here is avoid the worst consequences of climate change. We’re not going to avoid climate change anymore, we can see that with heat waves during the summer, but we We can limit these consequences by doing what we can for future generations and our children’s children.

“The difficulty in reaching an agreement shows the importance of the challenges. I think it’s important that we get a resolution, but that we do it in a way that addresses the road and climate change. Ease of delivering real speed.

Coalition leaders and ministers were to discuss the benefit ahead of a cabinet meeting starting at 9am on Wednesday. But on Tuesday night a senior figure in the cabinet described the prospects of a deal as “slum”.

Talks on Tuesday to resolve an impasse on emissions targets for the agriculture sector failed to find an immediate way forward. While some in the coalition believe a break is now needed, others fear a summer break risks a damaging and divisive debate if the issue is not resolved.

Speaking privately on Tuesday, a range of coalition figures said there was an increasing risk of no deal being agreed this week, possibly pushing the issue until the next cabinet meeting in September.

A person close to the talks said their confidence was diminishing by the day, while another coalition source said the chances were no more than 50-50. Another senior source said the issue needed “further work and de-escalation” and that a “pause” was needed.

Political temperatures were raised on Tuesday evening by the intervention of an influential environmental organization that pressured the Green Party to secure agreement at the high end of the range suggested in the government’s climate action plan of 22-30 percent. Bringing up the possibility of an early election, Friends of the Earth chief executive Oisin Coughlan said: “I wouldn’t be surprised if the Greens were prepared to contest an election on this issue, I doubt Fianna Fáil and Fine Gael backbenchers are looking for more.Concessions for agriculture are what they want in the election.

Several senior government figures have signaled openness to delaying the decision, including Tánaiste Leo Varadkar. His comments were backed by Minister of State Patrick O’Donovan, while Minister for Public Expenditure Michael McGrath said further discussion may be needed.

However, other insiders pushed back against the pause, worried that pressure would mount during August leading to divisive and damaging feuds. “Not reaching a deal this week would be less than ideal and a decision in September will not be easy,” said a senior government source. Another said there was a desire among many senior figures to close the matter, with the mob’s agenda after the break. – Additional reporting PA