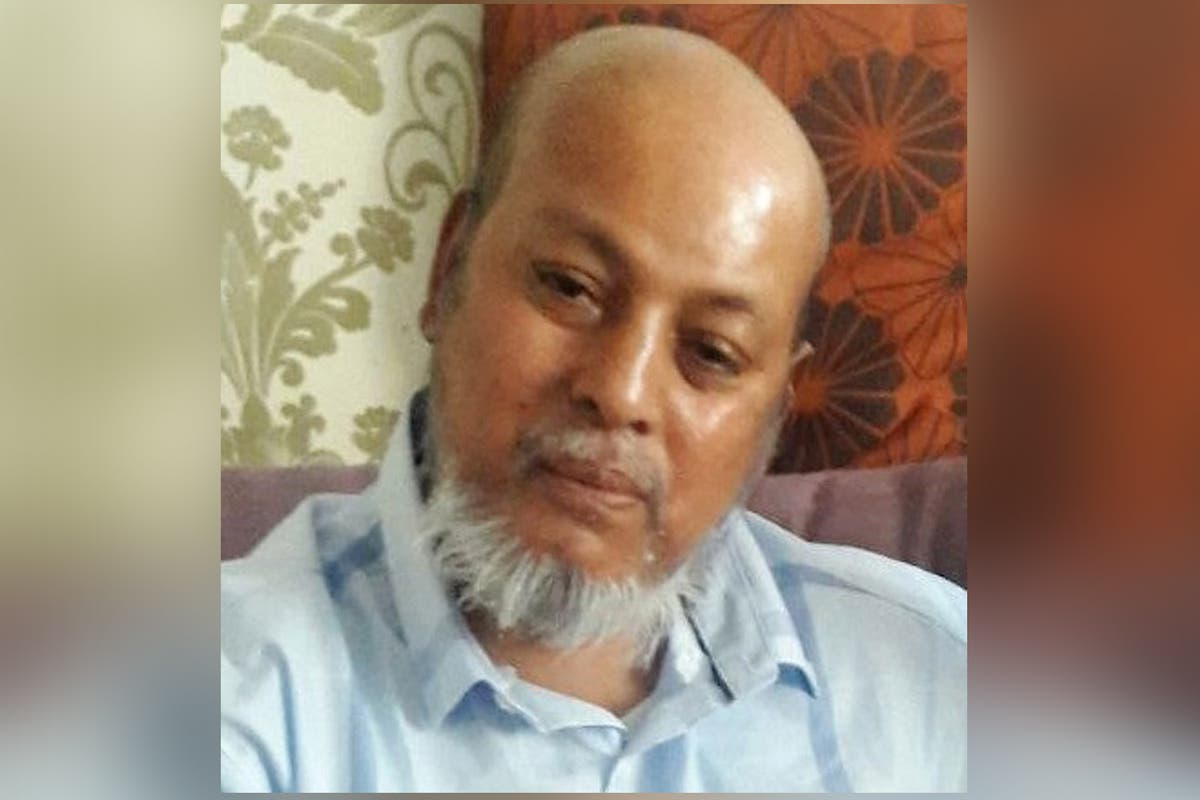 The daughter of a Muslim man killed in a terrorist attack in north London five years ago said her family still had an empty chair where he used to sit in his room.

Rozina Akhtar paid a moving tribute to her father Mukarram Ali at Finsbury Park Mosque and then told PA News Agency that he had seen her for the last time and that her death had affected her extended family.

The 30-year-old mother of two joined the service with council and police officials and laid a wreath with Mr Ali’s nameplate on a lawn near her family home.

Ms. Akhtar told the people in the service of the mosque: “Our father was the first and most important person you could meet, who always had a smile on his face and told random jokes to make others laugh. Were.

“He was a compassionate husband, a loving father and a loving grandfather that everyone loved.

“His death has left a black hole, but, remembering his smile and laughter, we surround that hole with more love for each other, just as he wanted.”

Ms Akhtar said that “as a Muslim woman” she wanted everyone to “raise their voice against any Islamophobic behavior because it still exists and should be dealt with immediately”.

He later told PA that “there is always an empty space” where he used to sit in the family’s living room.

“Sometimes our minds are drawn to his chair.”

She said the last time she talked to her father was in the same room.

Ms Akhtar told PA: “We had just broken our fast and we were sitting in our room.

“He was trying to sneak out of the house to go to the mosque away from my nephew, because otherwise my nephew wanted to go with him.

“I remember he signaled her to hurry. That was the last thing I said.

“I remember telling him to hurry, but I didn’t know how important those words were, because he was gone and then there was an attack.”

Matt Jokes, assistant commissioner of expert operations at the Metropolitan Police, told the PA that the force today is committed to “fighting hate crimes, both on the streets and online.”

Mr Jokes, who paid tribute to Mr Ali in the service, said his colleagues from “under-represented” backgrounds experience hate crimes every day.

He told the PA: “It’s very important because we’re talking about hate crimes this afternoon.

“The experience of a family member covering their head on the street or people yelling at them is happening tragically with colleagues every day, and they can talk about that experience with such force.

“We can be better mates if we listen to it more.”

Speaking at the service of the mosque, Muhammad Kozbar, chairman of Finsbury Park Mosque, told the audience that Islamophobia in Britain was “much worse now than it was five years ago”.

Mr Kozbar said: “The problem we are facing is that there has not been much change in dealing with Islamophobia since the attack.

“I remember the then Prime Minister Theresa May sitting in this room and promising to take serious steps to deal with this disease which is causing Islamophobia,” he said.

“So far we have no definition of Islamophobia.

“In fact, with the institutionalization of Islamophobia by this government and some sections of the media, it is much worse now than it was five years ago.

We as Muslims are still feeling the effects of this attack and we will not feel safe unless the authorities and the police take Islamophobia seriously.

Tawfiq Kasimi, chief executive of the Muslim Welfare House, where the terrorist attack took place, called for tackling the “root cause” of Islamophobia.

He added: “This incident was trying to divide us but it really brought us together because you can see that five years later we are still together.”

London Mayor Sadiq Khan said in a statement on Saturday: “On the fifth anniversary of the horrific terrorist attack in Finsbury Park, we remember Mukarram Ali, who tragically lost his life, and All the innocent citizens of London who were injured after being deliberately targeted. Leaving the mosque after Ramadan prayers.

“Our thoughts are with Mukarram’s family and everyone who has been affected by this horrific attack.”