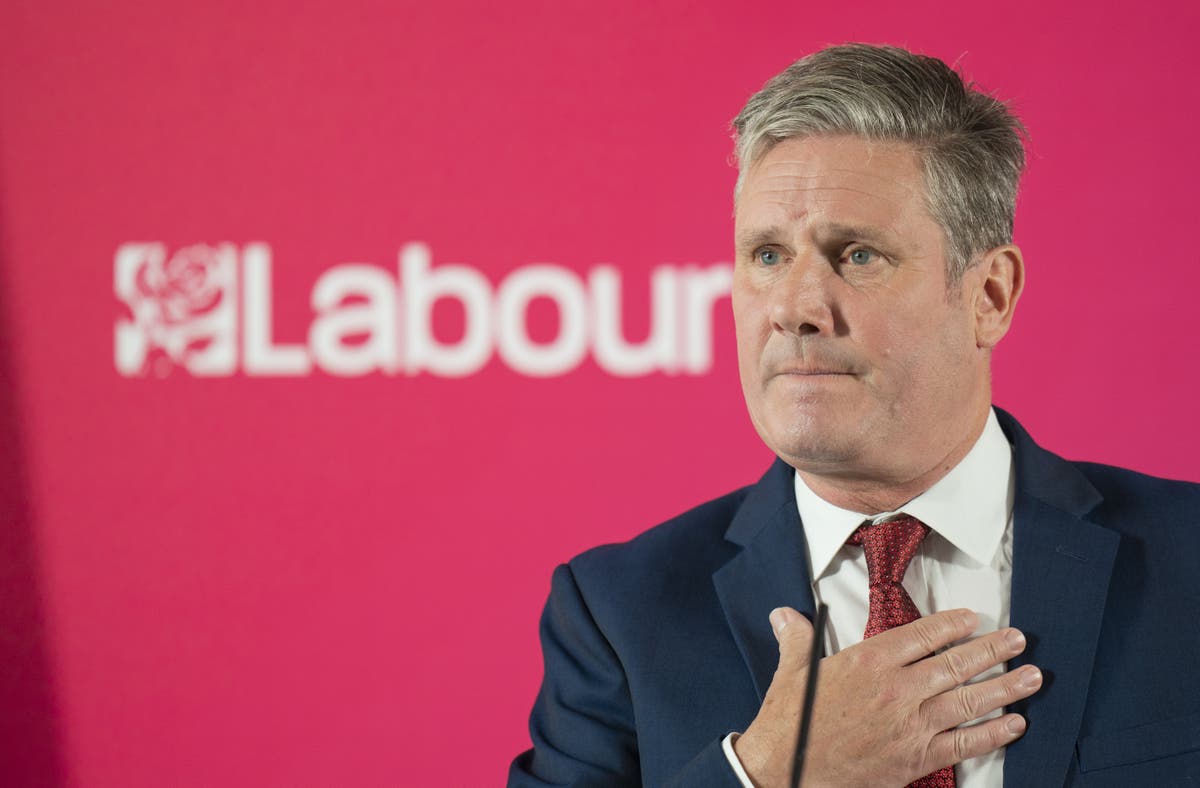 A Labor frontbencher has defied Sir Keir Starmer’s ban on joining the pit line in support of striking rail workers.

After failing to stop some from joining protests earlier this summer, the Labor leader has again asked his frontbench MPs to stay away.

He told ITV’s Good Morning Britain: “If we don’t take a stand today, people could lose their lives.

“Some of the lowest-paid workers in the rail industry are on strike today, safety-critical workers, workers who make sure our railways get people to work and do it safely.

It can no longer be accepted that people just have to believe that inflation is out of control. The government is not doing anything about the inflation crisis.

Asked if he expected to be sacked by Sir Kier, Mr Terry said: “I don’t know what Kier will decide to do but I do know this – if Kier was still in government, this controversy would It doesn’t happen.”

He added: “I have every confidence that any Labor MP will support striking workers who have given up a day’s pay, a week’s pay or more.”

Mr Terry also told Sky News he was “not denying anyone”, but supporting “40,000 low-paid transport workers”.

Labor Party chairwoman Anneliese Dodds said it was up to the whips to decide whether Mr Terry lost his job for insubordination.

Asked what Sir Kerr should do about his minister’s breach of directives, Ms Dodds told Sky News: “Ultimately, as I said, it’s a decision for the individual, But I’m sure the whips will be looking at it the way it is. It’s a disciplinary matter.

“But, quite frankly, for me, the big issue here is why, in England, we have so much disruption to the movement of people from industrial action.”

He accused the government of “widening the divide, not sitting down with the unions, getting a resolution to the employees.”

Sir Kiir said on Tuesday he would again ask his frontbench MPs not to join striking workers in the latest strike, after several defied his orders during industrial action in June.

The Conservatives have tried to use the row that Labor has with striking workers, which has caused chaos for millions of commuters, and the opposition leader will be reluctant to give the government more ammunition for the attack.

The Conservative MP told Sky News: “This is clearly in direct contravention of Sir Keir Starmer, who told his frontbenchers they shouldn’t be (on picket lines).

“There’s no doubt he’ll want to fire him.”

He told the PA news agency: “What I see across the city is that people are absolutely struggling in the public and private sector.

“Wages are not keeping up with inflation and that’s really, really worrying.

“It is very important for me to be here. I have been a trade unionist all my life and I will always support workers.

Jeremy Corbyn, former party leader and now independent MP, told PA outside Euston station: “There are three Labor MPs on this picket line, and no doubt there are across the country.