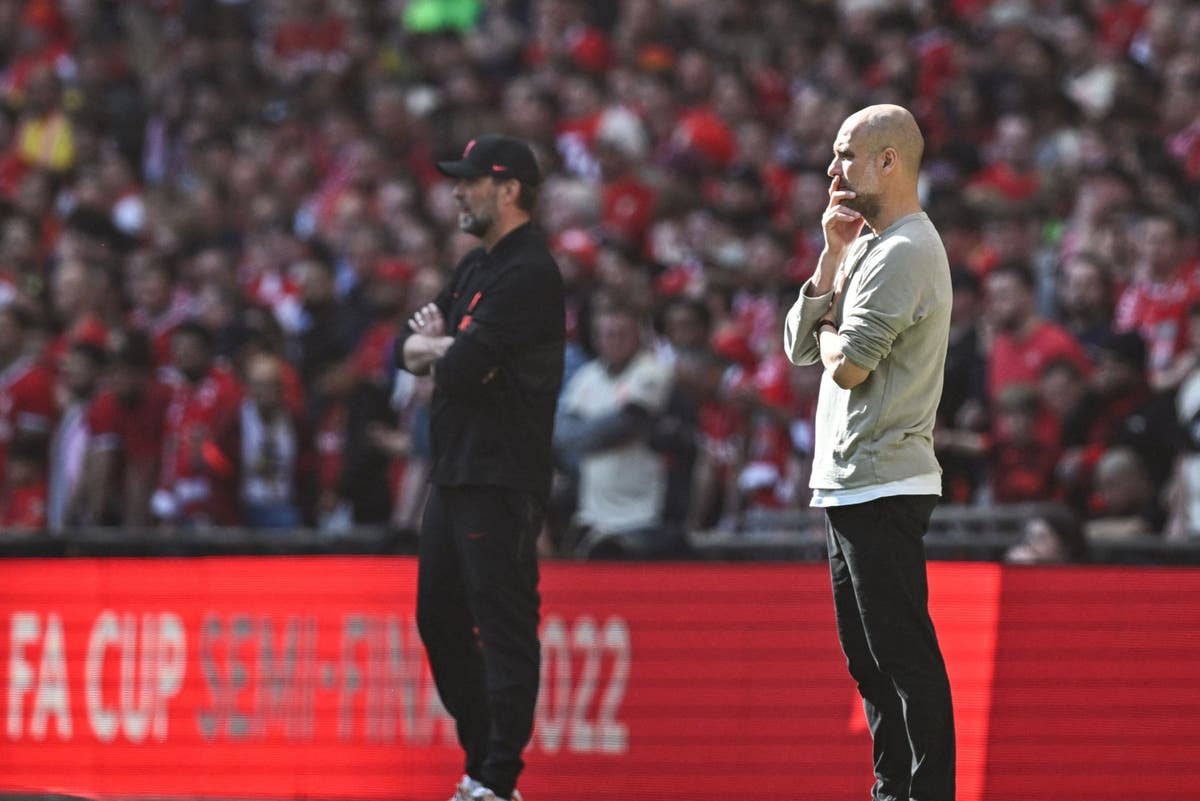 For the second time in four years, the campaign will be split in two and played in separate sections to accommodate the Winter World Cup in Qatar.

The Premier League’s 30th anniversary season closes after the weekend of November 12-13 and resumes on Boxing Day, with the fourth round of the Carabao Cup on December 21 just three days after the World Cup final.

All six European group games are on the pre-tournament schedule and the international break comes at the usual frustrating time in September.

The impact of squeezing the biggest show on earth into the middle of the domestic season is unpredictable but the pressure on players pushing themselves to their limits during the pandemic is only going to increase. Disruption of the normal order seems certain.

The top six face losing the majority of their squad for weeks but clubs with fewer internationals will effectively be given a winter break.

The psychological and physical impact on players could lead to a repeat of the pandemic’s wild and unpredictable football scores, as clubs’ fortunes depend on how their players fare in Qatar.

Can international players be expected to play normally in the days before the World Cup, or the days after winning or losing a final, for example league games?

The intensity of the program should be offset by the introduction of five substitutes, although the change is expected to further benefit the biggest clubs with largely deep squads, potentially leaving the likes of Manchester City and Liverpool in awkward situations. Enables reduction.

City and Liverpool dropped just 21 and 22 points respectively last season and stopping them will be an even greater demand for lesser clubs when Pep Guardiola and Jurgen Klopp can change half their outfield players during a match.

City are chasing a fifth title in six years and, given their unprecedented financial strength, this dominance suggests the Premier League is in danger of becoming a closed shop like the French and German top flights.

The arrival of Erling Holland has left Guardiola’s squad without any semblance of a weakness and the hope for the rest of the Premier League is that the centre-forward takes time to settle or somehow disrupts City’s balance.

Liverpool have lost Sadio Mane but his replacement, Darwin Nunez, scored in the Community Shield, Luis Diaz should step up and Mohamed Salah’s new contract was more important than any signing.

However, the distorted calendar may yet offer some hope to the chasing pack, with reasons to think the title race could be more competitive. A year ago, the ‘Big Six’ was set to shrink to four with the failure of Tottenham and Arsenal, but with the impact of the pandemic and both clubs backing their managers in Antonio Conte and Mikel Arteta, among them Everyone has signed encouraging signs.

Arsenal’s mindset is still in question, while the issue for Spurs is whether Conte can produce consistent results in such a busy season.

Manchester United will (surely) improve too, having signed Lisandro Martinez from Ajax and free agent Christian Eriksen for new manager Erik ten Hag. The jury remains out on the Dutchman, who has only managed in the Eredivisie.

Chelsea have lost their limitless spending power with the ignominious departure of Roman Abramovich, and despite the eye-catching additions of Raheem Sterling and Kalidou Koulibaly, the Todd Boehly era has begun with some disappointment in the transfer market.

Incidentally, the sales of Sterling and Gabriel Jesus to Chelsea and Arsenal respectively, indicate that Abu Dhabi-backed City are on a different plane to their rivals and the emergence of a head-to-head between the league’s top clubs. Hoy refers to the trend, as a competitor. The struggle to afford a top six cast-off in the continent.

Thomas Tuchel’s side are in a state of transition, with the coach rebuilding his defense and needing consistency from a talented but unpredictable group of forwards.

An expected spending spree at Saudi-backed Newcastle has yet to materialize, playing down suggestions they are ready to gatecrash the top six immediately and spur the likes of West Ham. have been, who fancy themselves as challengers.

The Hammers have had an encouraging summer with the additions of defender Naif Agward and forward Gianluca Scamacca, and crucially are set to keep talisman Declan Rice for another year.

Crystal Palace aim to continue their impressive run of form under Patrick Vieira, and Mali midfielder Cheque Doucourt could quietly prove one of the signings of the summer.

Consolidating their Premier League status, and without Eriksen, remains a challenge for Brentford, who continue to make innovative additions to both the first team and backroom staff.

Even head coach Marco Silva is not hiding his disappointment at Fulham’s torrid summer, however, and without serious reinforcements over the next three weeks, the Championship winners will surely struggle to avoid another relegation battle. will do

Bournemouth are also in danger of following Norwich and Watford, but Nottingham Forest, after 23 years in the top flight, are just as hard to predict.

In Steve Cooper, Forest have a highly-rated coach, admired by the likes of Spurs, and have dominated the transfer market with 12 signings, including Jesse Lingard. Leeds, Southampton and, perhaps, Frank Lampard’s Everton are among the other clubs hoping to avoid a scrap at the foot of the table.

While the safe stand is back, and could be common by May, fan behavior is increasingly a talking point after being marred by ugly pitch attacks and the increased use of pyrotechnics at the end of last season.

An intriguing possibility is the influx of supporters into the women’s game following the success of the Lionesses in a relaxed, upbeat but no-nonsense atmosphere this summer.

In a Premier League campaign where the impact of the World Cup is the biggest theme, perhaps the mid-season tournament’s only strong positive has to be the focus on the women’s game and the opportunity for clubs to host fixtures. The main stadium.