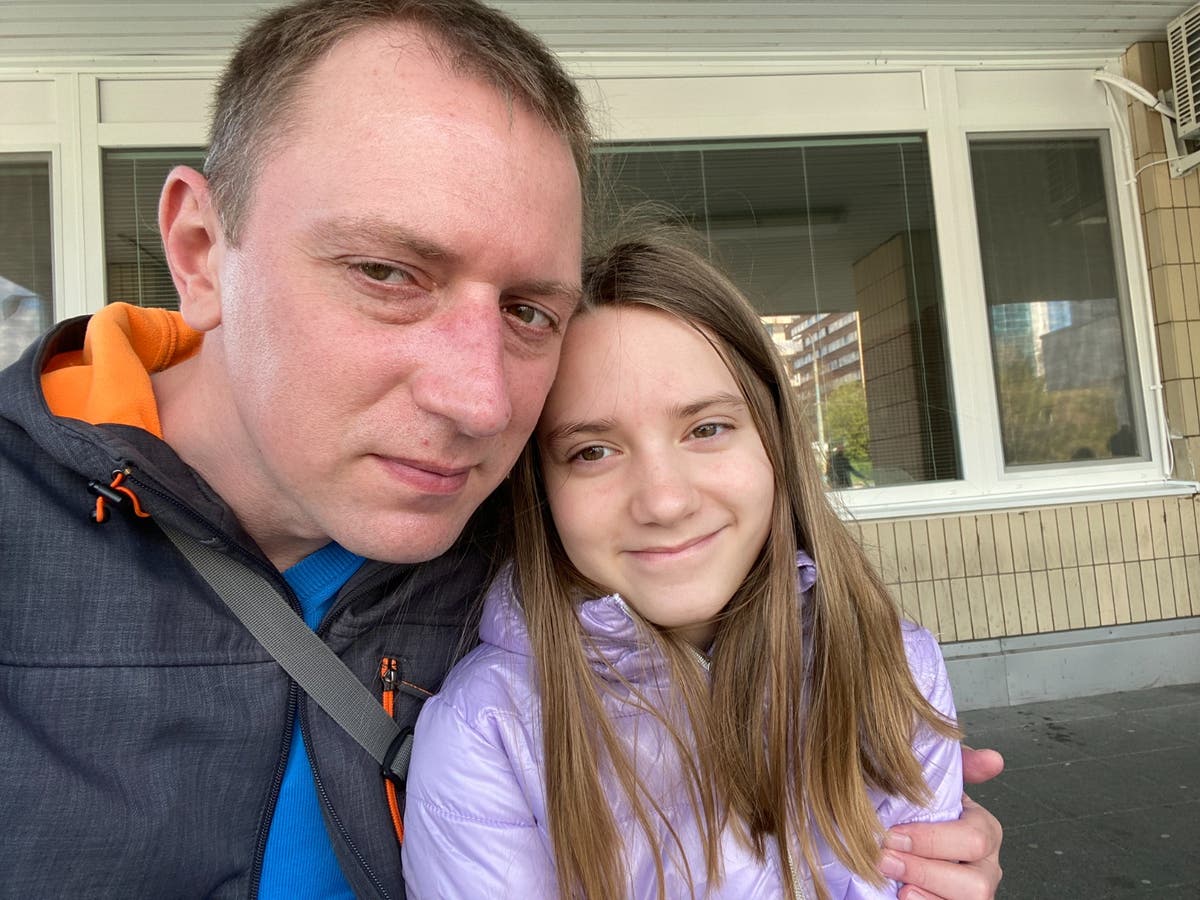 A British man has raised more than £ 5,000 to help his diabetic daughter in the wake of a family fleeing war in Ukraine.

John Rice, 56, from Northampton but has lived in Slovakia for a decade, opened his family home after being forced to leave his home in Chernihiv, northern Ukraine.

Mr Rice set up a GoFundMe page to cover the cost of an insulin pump for 10-year-old Dasha Makerenko, who has type 1 diabetes and is in urgent need of medication.

Mr Rice has since decided to raise the fundraising target to £ 8,000.

He told the PA News Agency: “I was shocked that we achieved our first goal so quickly and when I told Yehevny I saw tears in his eyes and he was relieved.

“The whole family is stuck in what I now call the refugee cycle, because it is difficult to get a job without housing and it is impossible to get health care unless you have a job or you are a resident. Yes – so you can see how difficult it is to fund Dasha’s own medicine.

“It was great when all the donations came in and a lot of them were from people I didn’t know which was even better.”

Dasha, her father and her mother, Svetlana Makrenko, 45, traveled in a car with her two cats for five days before settling near Transon, Slovakia.

Mr Rice contacted the family via Facebook and opened his home to them when it was discovered that he had a daughter of his own age.

Dasha was diagnosed with type 1 diabetes in 2020 and has to take at least four injections of insulin daily.

Insulin injections with a syringe only allow a fixed dose, which means Dasha will sometimes receive too little or too much.

When this happens she is forced to repeat the injection or to compensate for the low blood sugar level with food.

The family almost ran out of food while fleeing Ukraine, and Dasha’s parents had to skip meals to make sure she had enough food left to raise her blood sugar levels if needed.

The money raised by Mr Rice would mean the family could buy an insulin pump that, in conjunction with a continuous glucose monitor, would automatically deliver the right food at the right time.

Mr Makrenko told PA: “As soon as we reached our first fundraising goal, my first thought was, ‘Now my child can live like any other child.’

“It will change both her life and ours. She will be able to sleep well at night without checking her glucose level every two hours.”

“We do not have the constant fear that she will fall into a hypoglycemic coma, as happened recently.

“Before her illness, she attended dance classes and performed on stage. The illness took her away, but now she will finally be able to dance again.”

As we approached our first fundraising goal, my first thought was, ‘Now my child can live like any other child.’

Makrenko’s family has been close to Mr Rice, despite their relocation, and Dasha has been admitted to a local school.

Prior to the war, Mr. Makarenko was the head of key accounts at a large electronics store in Ukraine, and Mrs. Makarenko worked in the accounts department.

Mr Makrenko was allowed to leave Ukraine because he was going to take care of his daughter, but reliance on his parents has made it difficult for him to find work.

The success of the fundraising will mean that Dasha’s parents can now focus on finding work, and Mrs. Makrenko has already set up an online shop to sell her art.

To donate to the fundraiser, visit: