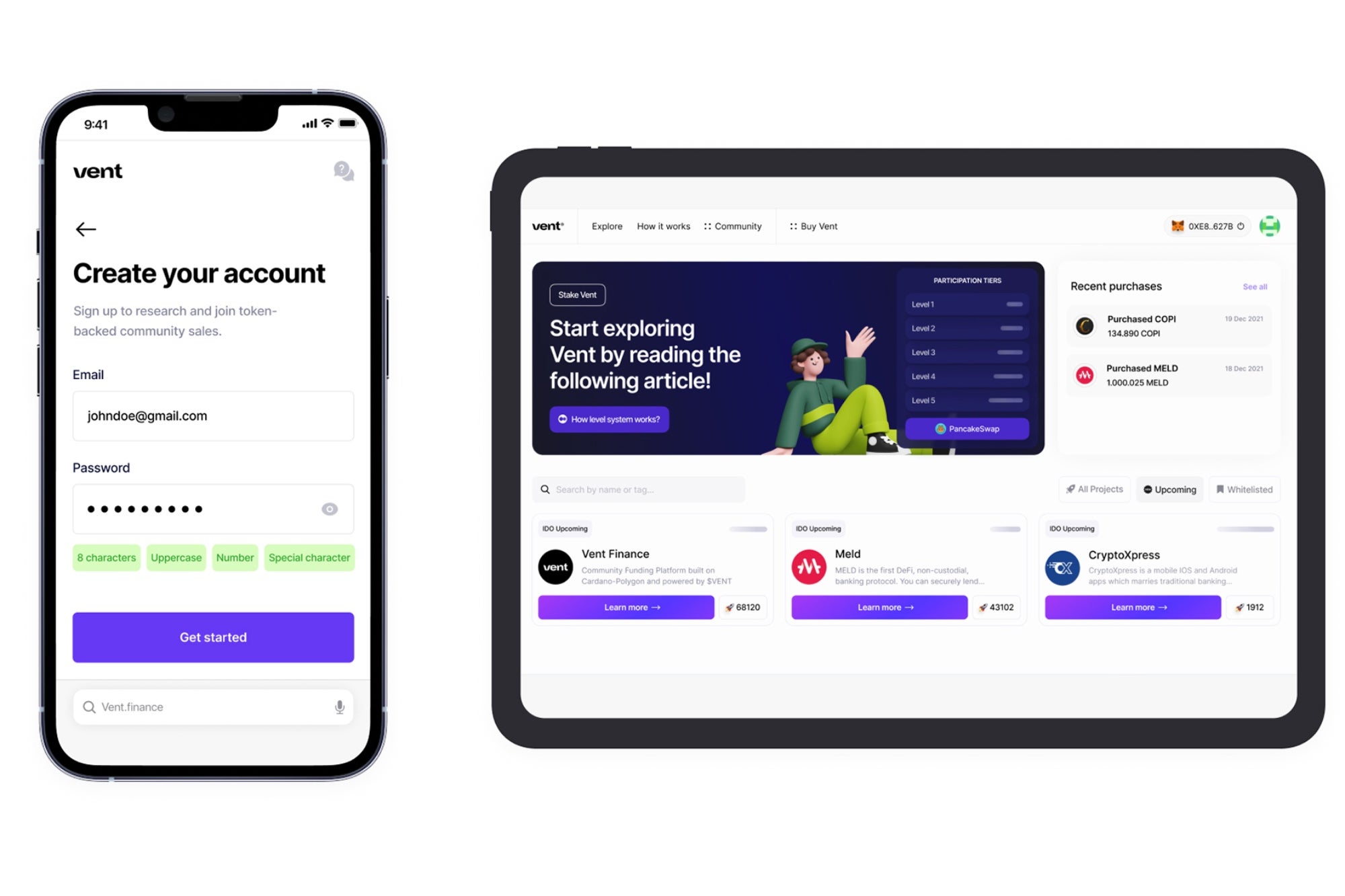 Lucas Mateau is the co-founder and CEO of Vent Finance, a community crowdfunding platform for blockchain projects. he sat down jessica abo To explain how Vent works and why people call his company the Kickstarter of crypto.

Jessica Abo: Lucas, tell us about your company.

Vent Finance is a multi-chain launchpad and accelerator. It is a platform running on the web3 space that takes projects and brings them to interested investors. This allows us to take away the complexity of creating tokens and taking them to market and the concept and platform to acquire and buy these tokens is very simple to understand. We work with all kinds of projects, from games to platforms, crypto tokens, and anything else you can think of out there. And we make sure they have the right metrics, the right technology to be able to get into the market.

Your company thinks it’s a Kickstarter of crypto. Do you think so about it?

This is the core of what we do. The difference is we have partnerships with companies. Kickstarter is a gateway in the sense that they have a panel, they have a gateway to pay. And they process the credit card and basically send you the funds whenever we reach that limit. That’s not what we do. There is a layer of trust in our platform. And that level of trust really comes from governance, from uplifting the community. And this means that projects have to be sent to us usually through partners or through community members. And then we really have to evaluate whether they have what it takes to come up to the accelerator.

We work with two types of projects. Either projects that we incubate ourselves and we call them vent originals or projects that have really high-end quality already. What we are doing is connecting them to only the resources they need. But of course there is a higher level of value addition as a company or a project, where Kickstarter is very much about scale. We’ve launched about 13 projects in the last 10 months to give you an idea, whereas a Kickstarter would have launched hundreds of projects in a single time frame.

Why do you think there is always this separation between blockchain and the rest of the technology?

Matteau:
When you think about big tech, these are very central companies, I would say there are very hierarchical boards and directives. And that’s exactly what a lot of people in crypto don’t like, and we want to build something that doesn’t depend on anyone like these guys. So while we look at our product as a technology, we definitely want to bring the simplicity of any Web2 products like Uber or any other app that you would use like Instagram. But we need to leverage the technology and ownership of this kind of gig economy/web3 space. It’s still the same technology. We’re still using the same tools, not that any of them have changed. What we are changing is who owns the infrastructure. And then we’re also changing who’s building on top of it. What are the rules? Are there shareholders, does this concept apply to this space as well?

And given your expertise, how do you think entrepreneurs should choose between venture capital and crowdfunding?

Matteau:
I don’t think one removes the other mostly because the racing appetite is very different. If you ask yourself, would you put up with, I don’t know, $10 for a novice idea you saw on Kickstarter? Maybe you’re like, you know what, I think that’s a good idea. I’d put $10, but what if I told you to put 20% of your savings into a company that may or may not make it. You’ll be like, you know what, maybe this isn’t what I’m looking for. But a venture capitalist who is doing this professionally and understands how to evaluate and follow up. And they have insurance and all these other tools that maybe they can take that risk. And so I think the combination of the two is really important.

The change that has come with the crypto and web3 space is bringing so many people together and having this digital asset as one tool, one token. This allows you to really give in to a sense of ownership or a sense of distributed funding, to an extent that is similar to what you would be able to do with a traditional space crowdfunding platform. And so for me, it’s a combination of both to get some really good VCs who believe in your idea and who support you long term with high risk. And then as soon as possible, and as soon as you have something solid, you can go and say, ‘Hey, community, this is what I’m building.’ Then they understand the complexity of the product. And they’re like, ‘Cool. I want to be a part of it.’ And you can ask for something in return.