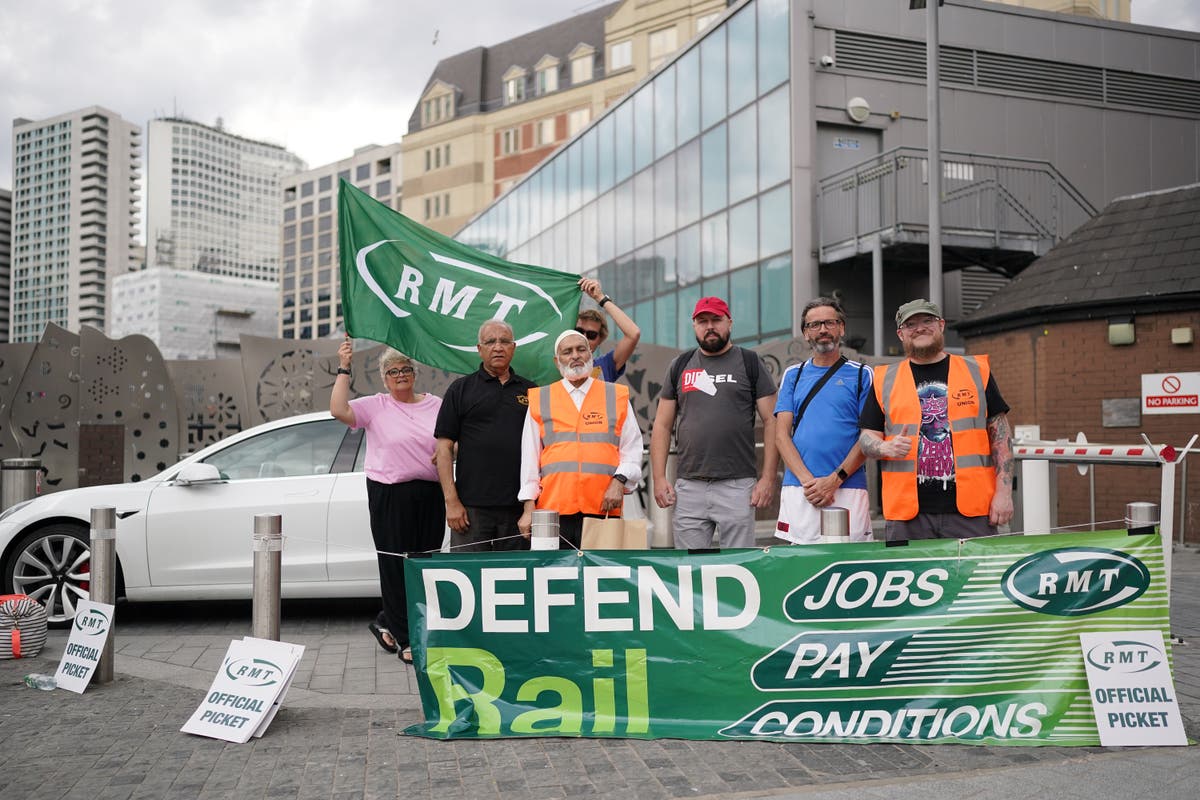 Rain drivers from nine rail companies are to go on a one-day strike next month in a dispute that is causing travel chaos across the country.

Aslef announced that its members would walk out on Saturday 13 August, saying the firms had failed to offer pay to help members keep pace with rising costs of living.

Drivers are already set to strike at seven companies this Saturday and Aslef members of two more train operators voted overwhelmingly for industrial action on Wednesday.

The announcement came after strikes by members of the Rail, Maritime and Transport Union and the Transport Salaried Staff Association hit services on Wednesday, with only one in five trains running and in some areas none at all. Is.

“We don’t want to inconvenience passengers – our friends and family also use public transport – and we don’t want to lose money by going on strike but we have been forced into this position by the companies, who say they are under the government. Driven for it by.

“Many of our members, the men and women who moved critical workers and supplies across the country during the pandemic, have not received a pay raise since 2019.

“Inflation running north of 10% means these drivers have had a real-terms pay cut over the last three years.

“It’s not unreasonable to ask your employer to make sure you’re not worse off for three years in a row. Especially as the train companies are doing so well, thank you, out of Britain’s railways – handsome profits, share.” With profits for holders, and big salaries for managers – and train drivers don’t want to do more for less.

Wage growth is not fueling inflation. There is excessive profiteering, but the government is not asking companies to cut profits or dividend payments to help manage inflation. Wages are chasing prices, not driving them.

“We don’t see why we should give up salary increases to keep pace with inflation and help privatized train companies make even more profits to send overseas.”

He told The Daily Telegraph: “I am looking at banning strikes by different unions in the same workplace within a fixed period. We should also have a definite limit of six pickets at points of critical national infrastructure. Regardless of the number of unions involved, and illegal threatening language.

Ballot papers should also clearly state the specific cause of industrial action and the form of action to be taken. Also, before strike dates are announced, employers should have the right to respond to an issue listed on the ballot paper.

United general secretary Sharon Graham said: “We’d all still be in the workhouse if Grant Shapes had his way.”

Unison general secretary Christina McEnea said: “The government wants to turn back the clock to the Victorian era when children were sent down chimneys and working people were ruthlessly exploited.”