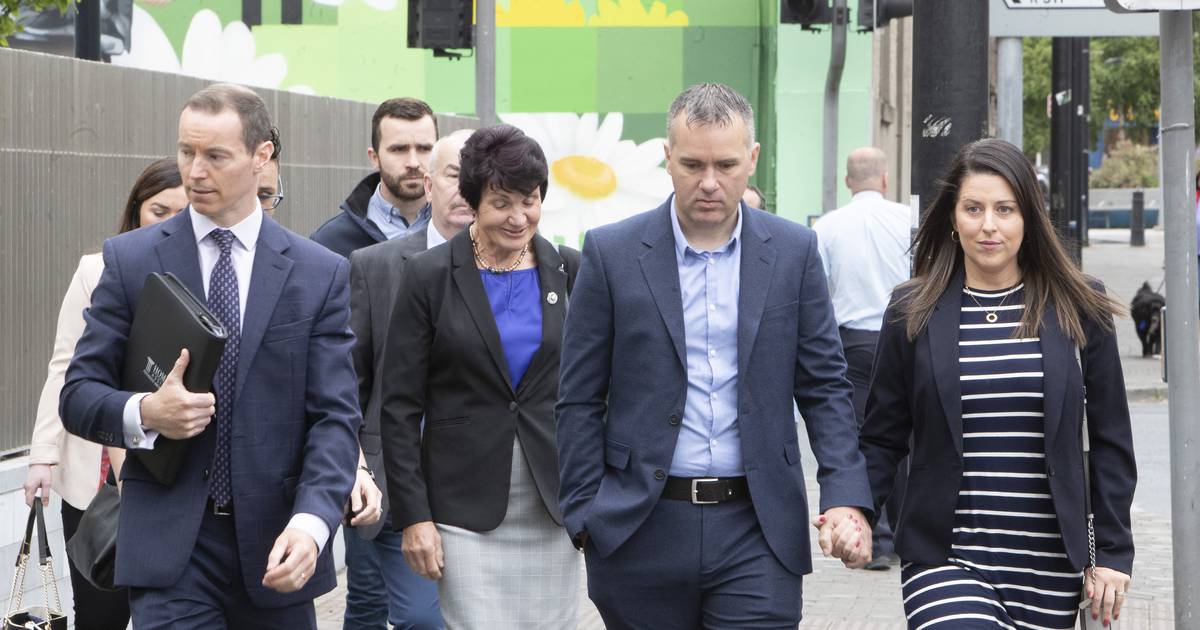 Two men drowned in the River Shannon after a safety mechanism on the crane, which contained a steel cage carrying the men, failed to work, a court heard on Wednesday.

Bryan Whelan (29) from O’Briensbridge, Co Clare, and TJ O’Herlihy (36) from Castleisland, Co Kerry, drowned after they were unable to escape from the steel cage.

Both marbles were caged and wearing life jackets, as required by law under health and safety regulations, when they dived south of Thomond Bridge in Limerick city on 29 August 2015. Special repair work done.

The incident took place around 3.40 pm and was witnessed by the public.

Video footage of the moment the “steel cage” sank into the river was played in court.

A third worker, Paul Murphy, from Osketon, who was also working on the platform at the time, managed to free his grip and was rescued by emergency first responders in the Shannon Estuary.

Both firms admitted breaching the Health and Safety at Work Act at Limerick Circuit Criminal Court.

Palfinger delivered the winch crane to Nationwide on March 12, 2003, but unbeknownst to Palfinger, the crane’s user manual was missing a chapter on the importance of frequently testing the crane’s overload protection system, which later emerged. That day had failed. of the “catastrophic tragedy.”

The crane was mounted on a flatbed lorry on the bridge with an extendable telescopic winch that held men in a platform cage by wire rope or cable.

There were emotional scenes in court as Mr Costello read a victim impact statement written by Mr O’Herilhy’s partner Therese “Tess” Wigsten, mother of his two young children Conor (10) and Katie (7), who all attended the hearing. were taken. From his home in Sweden.

“Connor was three years old and Katie was six months old when their father died. We weren’t a ‘typical’ family because our son has progressive mitochondrial disease and has special needs. Help needed,” wrote. Ms. Wigston.

“My children have lost one of the most important people in their lives, their father. Katie didn’t even know it, Katie will never experience what it’s like to be ‘Daddy’s Girl.’

Conor Wigston wrote: “I miss my dad, I wish he was here to help me, take me and play with me, I wish he could help me at school.”

Brian Whelan’s distress John Paul Whelan, speaking on behalf of his family, told the court: “The thing that worries us most as a family, apart from being without Brian, is the tragic circumstances of his death. It’s a constant and conscious effort. It weighs relentlessly on each of us not to dwell on Brian’s final moments of fear and anguish as we know he fought to survive that fateful day.

“Brian was so excited to be working on a project so close to home and something like the Thomond Bridge, which he was so proud of. It’s hard to believe it ended in such tragedy. The bridge is now a disaster of the day and serves as a constant, painful reminder of the catastrophic events.

Judge Tom O’Donnell said a snap judgment would be “inappropriate” given he had heard “significant evidence and compelling statements from victims”.

He adjourned the sentencing hearing till October 7.