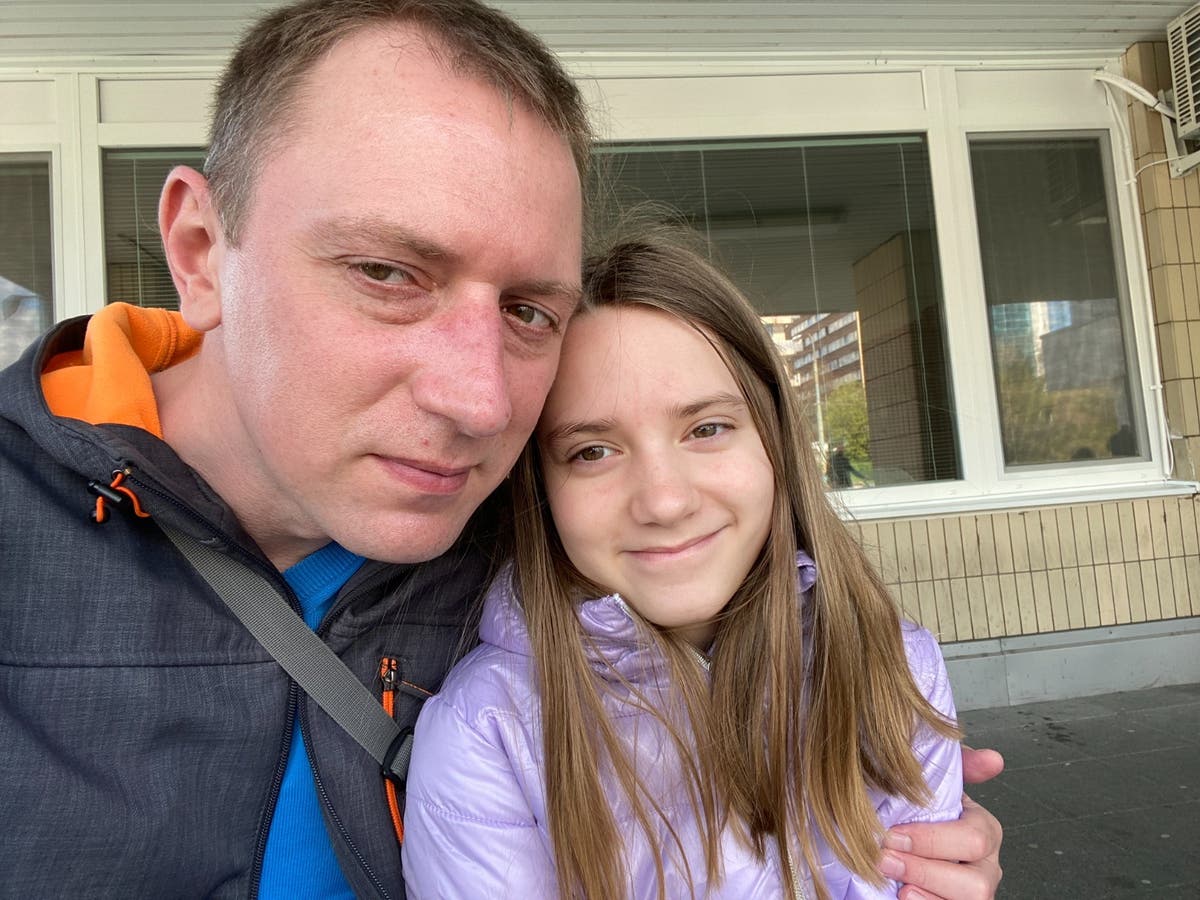 A 10-year-old diabetic boy who escaped the Russian invasion of Ukraine has been fitted with a life-changing insulin pump after a “priceless” donation from a technology company.

After seeing her online fundraising campaign, global medical technology company Medtronic contacted Dasha and has now fitted her with an automated insulin pump – which negates the need for manual injections and gives her a “near normal life”. “Permission has been granted.

John Rice, 56, who is from Northampton but has lived in Slovakia for a decade, first contacted Makarenko’s family via Facebook when he fled his home in the northern Ukrainian city of Chernihiv. Forced.

Dasha, her father Yehovny, 39, and mother Svetlana traveled by car with their two cats for five days before settling at Mr Rice’s home near Trencin, Slovakia.

Mr Rice set up a fundraising page to cover Dasha’s medication costs when her parents were unable to find work while caring for their daughter.

After the original fundraising target of £5,000 was reached in just seven days, Medtronic contacted Mr Rice who offered Dasha the life-changing treatment.

“Even in my bravest and most optimistic thoughts I could not have dreamed of such a thing,” Mr Makarenko told the PA news agency.

“Our family is delighted that so many people responded to our pleas for help – for us, it’s invaluable.

“I want to believe that Dasha will finally be able to live a full life.”

Insulin injections with a syringe only allow for a fixed dose which means Dasha will sometimes receive too little or too much.

When this happened, he was forced to repeat the injection or compensate for the low blood sugar level with food.

The family had almost run out of food while fleeing Ukraine and Dasha’s parents had to skip meals to make sure there was enough left over to raise her blood sugar if needed.

After learning about Dasha’s case, a local Medtronic representative, Maria Cesarkova, traveled 200 kilometers to meet and reassure the family.

Ms. Zarkova, who has lived with type 1 diabetes for 33 years, put the family in touch with a diabetes educator from Medtronic’s Ukrainian branch, who has also been displaced by the war, to help Dasha. Diabetes support can be provided in mother tongue.

Dasha was then seen by one of Slovakia’s leading pediatric diabetes specialists who arranged for her to be fitted with Medtronic’s latest generation insulin pump system.

The Makarenko family have remained close to Mr. Rice despite moving into their home nearby, and Dasha is enrolled in a local school.

Mr Rice told the PA: “Helping a family escape their country and raising money for them was incredible.

“I am humbled by what they have been through and how Dasha has adapted to life in Slovakia.

“She is living an almost normal life now and knowing Dasha, she will make the most of every opportunity.

“Once again I would like to thank all the generous and kind people who have contributed to helping a family who were in crisis.”

Before her illness Dasha attended lessons and performed on stage, the illness took her but now she will finally be able to dance again.

Before the war, Mr. Makarenko was head of key accounts for a large Ukrainian electronics store and Mrs. Makarenko worked in the accounts department.

Mr Makarenko was allowed to leave Ukraine because he is a carer for his daughter, but his dependence on his parents has made it difficult for him to find work.

The success of Dasha’s new treatment will mean the family can focus on rebuilding their lives.

Mr Makarenko added: “Before her illness Dasha attended dance lessons and performed on stage, the illness took her but now she will finally be able to dance again.”