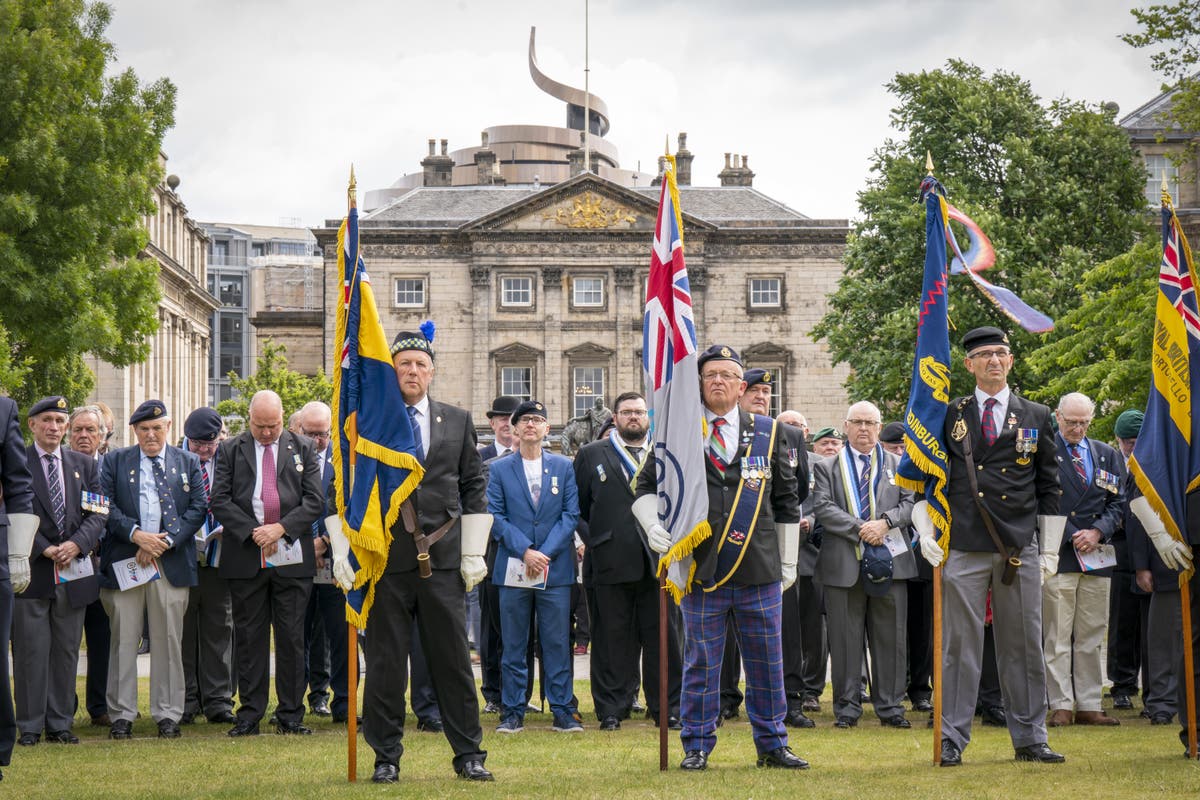 Auckland veterans and their families gathered in Edinburgh on Saturday to mark the 40th anniversary of the end of the conflict.

The undeclared war lasted for 10 weeks from April 2 to June 14, 1982, when Argentina invaded the occupied islands.

It claimed the lives of 255 British soldiers who were commemorated in Edinburgh on Saturday.

Veterans serving in the Falklands gathered in Charlotte Square, including bands from the Her Majesty’s Royal Marines and the Scots Guards Association Pipes and Drums.

They marched along George Street, culminating in a memorial service in St. Andrew’s Square as members of the public stood in the streets.

The Pipers played “The Crags of Tumbledown Mountain” as well as 120 Pipers from elsewhere in Scotland and New Zealand.

He was accompanied by Justice and Ex-Servicemen’s Secretary Keith Brown, who recited and laid a wreath at the memorial.

Mr Brown was a Mortar Troop Signaller in the Royal Marines and was sent to the Falklands in 1982.

He said he “doesn’t talk much about it” until he meets others who serve him.

“I think it’s kind of a shorthand – if anyone else was there, they know some things, you don’t have to go over them,” he said.

After losing his job, he joined the armed forces.

“I am delighted to be able to attend a commemorative event with Legion Scotland and Poppyscotland that will give the people of Scotland the opportunity to recognize the sacrifices made in the Falklands War 40 years ago.”

The Justice Secretary was accompanied by a veteran, Rev. Angus Smith, who served in the Falklands as a pedestrian to the Second Battalion Scots Guards.

“It’s amazing how we can still share our grief,” Mr Smith said. “It’s still there and I think it’s for everyone.

“It’s been one of the most wonderful experiences I’ve had over the years. The thought that came into it is really beautiful. The first person I met today was the wife of a great friend of mine who was in the war. She was one of the first men to be killed. Today we just looked at each other, and we couldn’t speak.

The event was hosted by Poppy Scotland and Legion Scotland.

Dr Claire Armstrong, Chief Executive of Legion Scotland, said: “It’s a pleasure to see so many people come together today to pay tribute to those who have served in the Falklands.

“For veterans and their families, today has been a painful day, because we remember those who sacrificed their lives 40 years ago. Still, many who served are still Living with the physical and mental wounds of conflict.

“It was also an opportunity to recognize the extraordinary resilience of our Armed Forces community and the important role they are still playing today.

“We are thrilled to have people of all ages engage with our learning program in recent months, to learn more about the Falklands and other conflicts, and their impact on our recent history.

“This particularly popular pipe tune, ‘The Craigs of Tumble Down Mountain,’ was played at 11 o’clock in the morning.