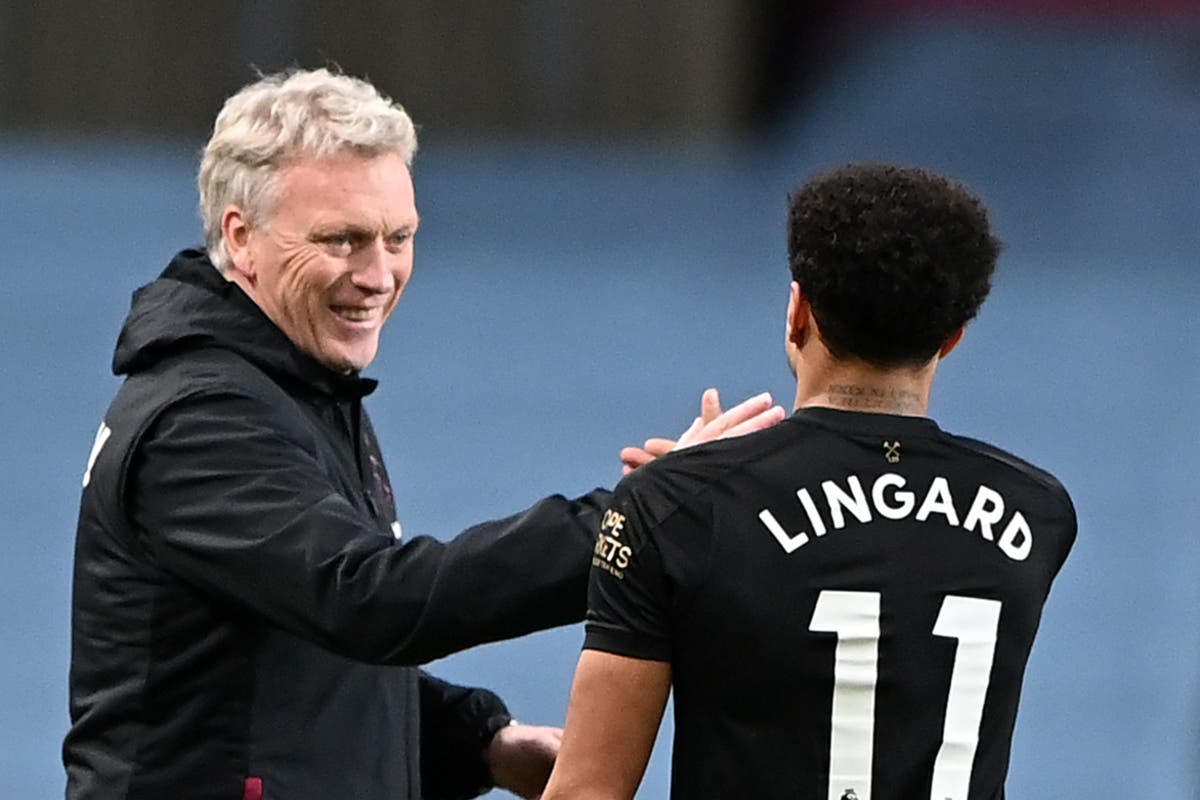 avid Moyes says he was “surprised” that Jesse Lingard opted for a potential relegation scrap with Nottingham Forest over European football with West Ham after the club made a “fantastic offer” to bring the midfielder back to the London Stadium. .

Speaking ahead of the Hammers’ season opener against Manchester City, Moyes also admitted that his side are “not ready” for the start of the new campaign and insisted that his current side are looking to finish in the top six. Not good enough, more signatures are needed before that. at the end of the window.

Lingard was one of Moyes’ main targets this summer, with the West Ham boss keen on a reunion after the midfielder enjoyed a brilliant loan spell at the club during the second half of the 2020-21 season.

The 29-year-old was a free agent after leaving Manchester United at the end of his contract but after delaying a decision on his future eventually snubbed the Hammers in favor of a one-year deal at newly-promoted Forest, who are understood to be . The England international is being paid around £115,000-a-week excluding lucrative bonuses.

“I was surprised,” said Moyes. “I thought Jesse would, eventually, come here and I have to say the club made him a really good offer. You couldn’t turn around and say no to David Sullivan and the owners did everything they could to get him. Didn’t try. They sure did.

“We would have liked him. But he chose to. [Forest] And he deserved it. He was a free transfer, he was entitled to choose where he wanted to go.”

Lingard’s failed pursuit has been one of several frustrating stories for the Hammers this summer, with a deal for Lille midfielder Amadou Onana now looking dead in the water after the club rejected the 20-year-old’s hefty wages. He refused to bow down to the demands. .

Asked if he was surprised by the market, Moyes added: “I wish you knew. It’s been unbelievable. We’ve bid for many, many players. Real bids and real money and We didn’t get them for various reasons.

“They didn’t want to come to the club or we didn’t have the financial deal right or we weren’t able to pay the player and the agent, so one way or another it’s been difficult for us to compete. This summer. Hopefully. That at the end of the window we will have arranged ourselves.

West Ham have cut pre-season short, with some players returning late after international duty at the end of last season, while new signings have taken time to arrive and injuries have also hampered preparations.

Premier League champions City therefore represent a tough first opponent and while Moyes will be hoping to catch Pep Guardiola’s men cool, he admits the same concern could apply to his own team.

“We’re all going to watch the first games of the season tonight, tomorrow, and there’s a good chance a lot of teams won’t be ready,” Moyes said. “I have to say we’re not ready yet. We’re still trying to get the rhythm.

“I think you can get a little bit like that. [with City]. The problem is that players go on international duty and only come back and there is not much time. You might see one or two good, I wouldn’t say weird results, but maybe not as fluent.

Despite Burnley’s Maxwell Cornett becoming the Hammers’ fifth signing of the summer, Moyes believes the club have “a lot of business to do” before the transfer window closes and when asked if he had a top six I’m a team capable of making a place, fell short last year, said: “Not today, I don’t. I’m working towards getting one before the end of the window.”