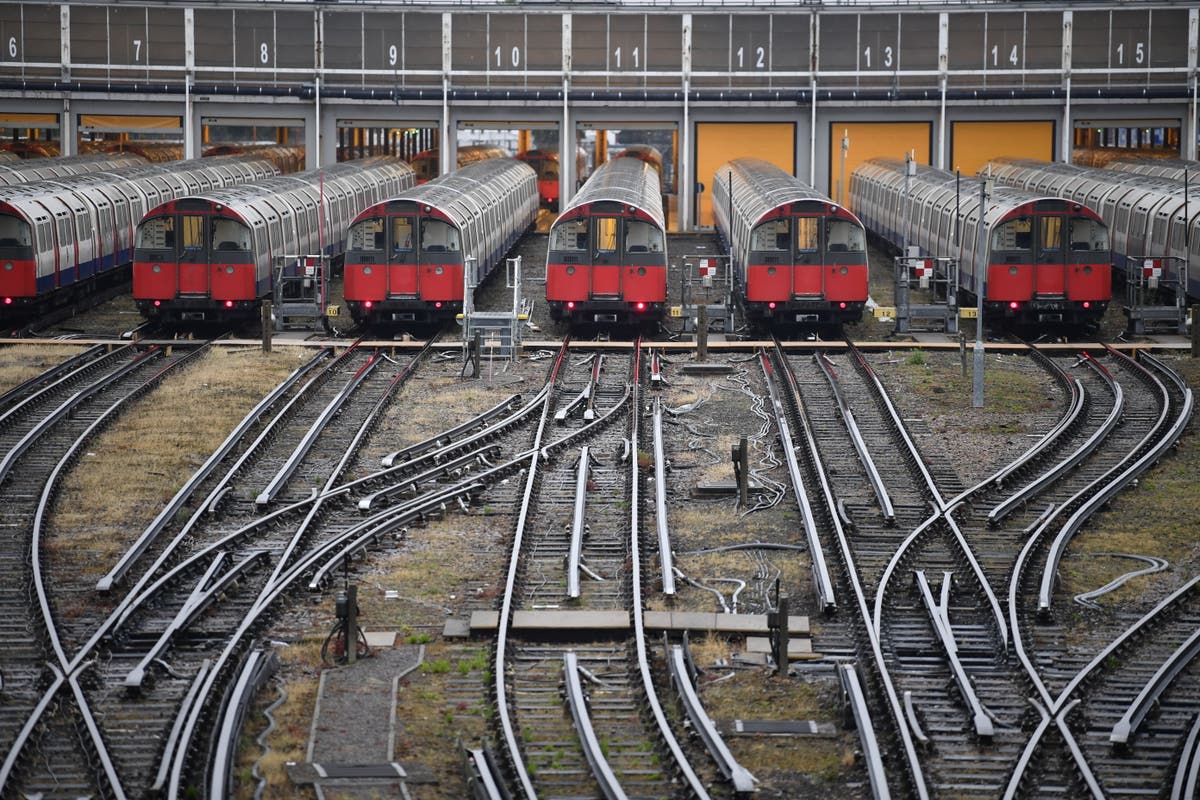 Rain operators are updating the public with information about services ahead of next week’s rail strikes.

Rail workers are walking out on Tuesday, Thursday and Saturday.

Wednesday, Friday and Sunday will also be disrupted.

A “significantly reduced timetable” will be in three days.

Services run from London Easton to Manchester, Liverpool, Birmingham and Preston every hour.

There is no West Coast service on strike days in North Wales, Shrewsbury, Blackpool and Edinburgh.

Trains will not be called at Stockport, Maclesfield, Stoke-on-Trent or Runcorn, and these stations will be closed.

Customers with existing tickets for travel from Tuesday to Sunday can claim a full refund by suspending further sales to “help reduce disruption and congestion.”

It will operate less than one-third of normal services between 7.30am and 6.30pm.

No trains will run from Ockendon or Chafford Hundred.

All departures between Monday and Friday have been canceled.

On Tuesday, services will be unable to call stations operating through the London Underground.

During the three days, no train will run north of Banbury, Oxford, or Emersham to Islesbury.

The service will start at 7.30am, with morning trains not arriving in London until 9am.

The last train will leave the capital at 4.45 pm.

There will be no three-day service from Birmingham New Street to Bristol Temple Meds, Cardiff Central, Peterborough, Cambridge or Stansted Airport.

There will be a “very limited service” between Bristol Parkway and Plymouth and between Birmingham New Street and Newcastle and Edinburgh Waverley.

There is only one train per hour between Birmingham New Street and Manchester Piccadilly, Leicester, Leeds and York and Reading.

He warned of the possibility of last-minute changes in the timetable.

Services will operate from 7.30am to 6.30pm, with no direct train between Luton and London St. Pancras on Saturdays and Sundays.

On most routes, only one train per hour will run in each direction.

No service on strike days.

Sunday’s service will run in the days following the strikes, starting at 7.15am and ending soon.

In most cases, only three trains will run in each direction on strike days.

Although a full timetable has been planned for other days, some services have been canceled or will resume later.

There will be no more than two trains per hour between King’s Cross, Elliott, Cambridge, Peterborough, Velvet Garden City and Hartford North via Stevenage.

The last trains on strike days will end at noon.

On Saturday, Greenford Branch Line services will not run.

Other routes will have “extremely limited service”, operating from 7.30am to 6.30pm.

There will be very little service on London’s routes, with no regional or branch line trains and no buses instead of trains.

No more than two trains per hour will run in the capital, starting at 7.30 am and ending at 6.30 pm.

Services will be “significantly affected” during the week with a half-hour service between 7.30am and 6.30pm on strike days.

On strike days, trains will run only between Doncaster and London Kings Cross from 7.30am to 6.30pm.

About 38% of its normal trains will be running, which is likely to be very busy.

The last train from London Kings Cross to Edinburgh is at 2 pm, while the last train to Leeds will leave at 3.05 pm.

The last train from Edinburgh to London is at 12.30 pm, with the final departure from Leeds at 3.45 pm.

There will be no train between London Easton and Crew.– لوموThere will be “some interruptions” in services throughout the week, but more will follow.

– MercierThere will be no train service during the strike days and no alternative trains will be run.

Services will not operate on most routes, with a “very limited” number of trains on a few running lines, including Leeds trains.

No trains will run north of Glasgow or Edinburgh during the strike.

Only two trains per hour will run between the cities via Falkirk.

During the strike, there will be “extremely limited service” between 7.15am and 6.30pm and only on certain routes.

Most stations and routes will be closed and “severely reduced” service will be operated on strike days.

People will not be able to travel where trains will not run.

Later with the first trains and the last trains before that, there will be less frequency.

There will be two trains an hour, no service from Stansted Airport to Norwich and Cambridge.

Normally two trains per hour will run both north and south.

There will be fewer trains than usual during the strike days, and there is no running between London St Pancras and London Bridge.

Most services will see a “significant reduction” in trains.

Yarm, Scarborough, Seymour, Malton, Selby, Borough and Hill stations will be completely closed and no service calls will be made on strike days.

There will also be significant disruptions on Wednesday and Friday.

All other services will be suspended.

Many services will not run during the week.