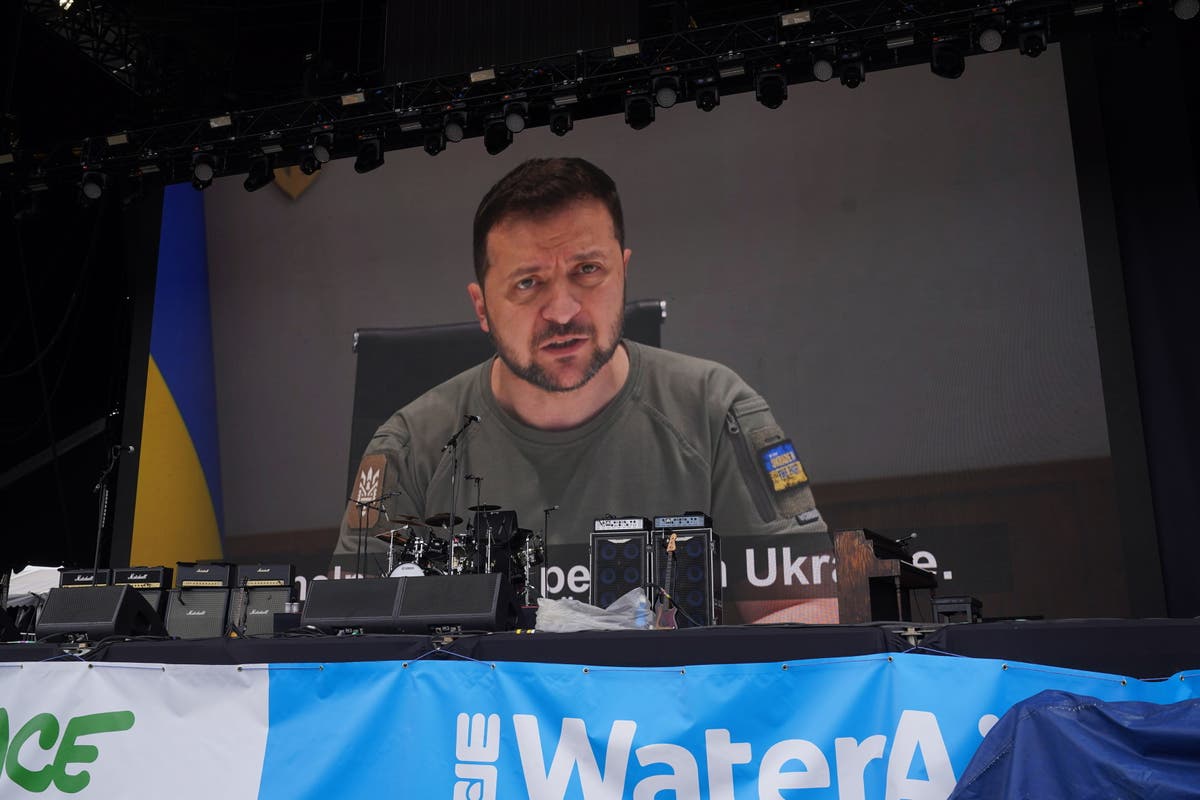 olodymyr Zelensky has called on the crowd at the Glastonbury Festival to join his people in defending freedom before the Libertines on Friday.

The Ukrainian president was shown on big screens on the second stage to tell the party crowd: “Russia has stolen our peace.”

He said: “Greetings to Glastonbury. The festival has resumed this year after a gap of two years. The epidemic has claimed the lives of millions of people around the world, but it has not broken.

“We would love to live in Ukraine as we used to and enjoy freedom and this wonderful summer. But we can’t do that because the most horrible thing has happened – Russia stole our peace. Is.

“But we will not let Russia’s war break us. We want to stop the war before it destroys the lives of people in Europe, Africa, Asia, other Latin American countries – they are all in danger now. That is why I turn to you these days in support of Glastonbury, the greatest concentration of freedom, and I ask you to share this feeling with everyone whose freedom is under attack.

“Spread the truth about Russia’s war, help Ukrainians forced to flee their homes because of the war, find our United 24 charity platform and put pressure on all the politicians you know to restore peace in Ukraine.” Help me

“Time is precious and is measured in human life every day. The more people who support us in defending freedom and truth, the sooner Russia’s war against Ukraine will end. Prove that freedom always wins!”

He ended his message with “Slava Ukraini” which translates into English as “Glory to Ukraine” and was greeted with loud applause and applause from those who gathered on stage at Worth Farm, Somerset.

The message preceded the opening ceremony of The Libertine’s stage, with singers Pat Doherty and Carl Barat launching straight into the bracket for thousands of fans.

This is before Billy Elish will make history when she takes to the pyramid stage on Friday night as the youngest ever solo headliner at the Glastonbury Festival.